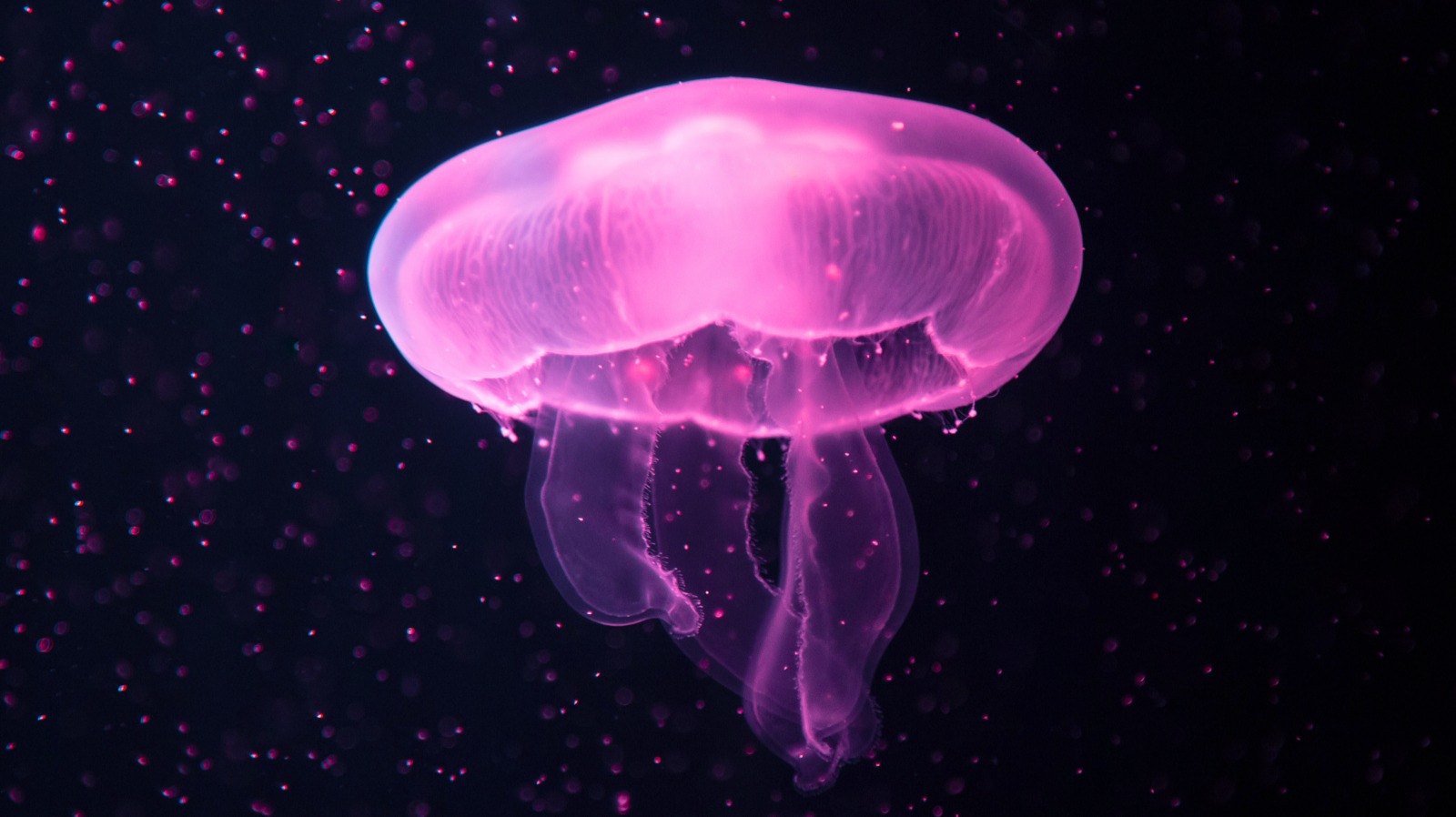 Do you remember how the Internet upended your life? It’s going to make that look like a walk in the park.

Web 1.0 was the electronic superhighway of the 1980s and ’90s. It was exciting, this new World Wide Web, that enabled computers and individuals to connect with each other and share information and knowledge. Large, centralized organizations like AOL and Yahoo provided the onramps and tools to navigate your way around this brave new world.

Web 2.0 came along at the turn of the century and provided companies with the ability to enhance and streamline operations, and sell products and services directly to consumers. Individuals like you and I went hog-wild blogging, gaming, surfing, and social networking. Web 2.0 has radically changed almost everything about the way we live today.

Web 3.0 is the metaverse

It is here today, but it’s like a toddler, just learning to walk and talk and feed itself. It may be the greatest disruption the world has ever seen, but nobody can agree on exactly what that disruption will look like. What they can agree on is that it will (with absolute certainty) make prior versions of the web appear as primitive as a slide rule.

Today, people and companies are dabbling in some of the new concepts the metaverse enables, such as decentralization, cryptocurrency, NFTs, blockchains, and virtual worlds [*all of which are defined below]. These are here to stay, but the rest of its future is as wide open as the universe.

The word “metaverse” is a blend of two words, “meta” and “universe.” Meta is Greek for beyond or after, and universe refers to, well, everything. Therefore the metaverse is “beyond everything.”

There are three structural pillars on which the metaverse is being built: Decentralization, Blockchains, and Virtualization.

Today the world operates most efficiently with centralized systems and ownership. For example, the title to your Jeep is approved, issued, and stored by your state’s Department of Motor Vehicles. They are the central and sole entity responsible, and if there’s a dispute they make the final decision often based on hidden, proprietary information. If they lose a record you’re in deep doo-doo.

In the decentralized metaverse, information will be stored publicly and permanently in thousands of places at once. The title to your Jeep will exist everywhere, making it impossible for anyone to alter or dispute your ownership. Even further, your driver’s license, photo, organ donation election, voting status, and more will also be public. In a way that’s creepy, but your personal profile will be accurate, immortalized, and protected because it’s everywhere. Some of it can and will be anonymous (much of that still needs to be worked out). Hackers can’t alter thousands of records simultaneously so any attempts to steal identities or change ownership records will be snuffed out at the speed of light.

Ultimately, the DMV and countless other centralized organizations will be marginalized out of existence. Costs will plummet, data integrity will soar, and service responses will be virtually instantaneous.

The idea for blockchains originated with cryptocurrency for recording millions of payment transactions in long interconnected chains of records (like a gigantic ledger). When I give you a Bitcoin, a blockchain assigns a unique ID to that transaction, and all the copies of that blockchain around the world are instantaneously updated. Financial transactions on a blockchain are as reliable as if I handed you a dollar bill.

A blockchain copy can live on any computer that wants to participate. It could be yours and mine and a server in an enormous data center — it doesn’t matter. What’s important is that with a cryptocurrency transaction, there is no need for a central bank or government agency required to approve, regulate, or store money. The cost is electricity and hardware which is paid for by a transaction fee similar to (but less than) MasterCard and Visa.

Blockchains have evolved, and are now being used for anything electronic such as a song you wrote, a picture you took, a sword you bought in a virtual world, or your Last Will and Testament. Blockchain IDs indisputably prove accuracy and ownership of information, like those public records mentioned above.

An NFT (non-fungible token) is a blockchain ID assigned to a non-financial electronic item (a song for example) that you created. Today, the only way to prove you own it is through a centralized copyright process. But now you can register your work on a blockchain, and publicly immortalize your ownership until you decide to give it away or sell it. NFTs are the legal contracts of the future.

Brace yourself for the emergence of virtual worlds interlaced with our physical world. That sounds futuristic but elements of it are here right now.

Imagine a virtual shopping trip where you float up and down the aisles of an endless grocery-department-hardware-book-appliance-restaurant-store and tap the items that you want to buy. You try on clothes in a pop-up dressing room and admire how well they fit your avatar, smell the chicken roasting in the restaurant, and get an urgent notice that you need a snow shovel for an upcoming storm. When you’re done shopping, you just snap your fingers and disappear. A few hours later, everything arrives at your front door (your real physical front door).

In the metaverse, this virtual store could be a conglomeration of multiple vendors that you’ve chosen. Your avatar will be designed to your exact size and shape, and you could be wearing a haptic suit that transmits sound, touch, and smell as you shop. You pay automatically with cryptocurrency and all the records of your transactions, including the extended warranty they sold you are recorded in a blockchain for public posterity.

This fantasy, and many others like it, are under construction right now, and it won’t be long until you own a pair of virtual reality glasses.

Simple, the metaverse will expand our horizons beyond the physical world in two significant ways.

Augmented reality is putting a virtual loveseat in your living room to see how the color and pattern match with your (real) rug. It’s hanging some artwork on your wall before buying it or peering into a special mirror to see exactly what you look like in a virtual new suit or hairdo. It’s dinner with friends when they aren’t physically at your table, but you can see and talk with them in real-time just as if they were.

Virtual reality can be as simple as playing an immersive game with your international friends fighting the Orcs while riding on fire-breathing dragons. It can be the same as that shopping trip we discussed above, or as ambitious as a lunchtime jaunt across the solar system to visit the virtual expatriate colony on Pluto.

One of the biggest and most exciting virtual reality developments will be “virtual worlds.” There are several already, such as Decentraland, The Sandbox, SuperWorld, Upland, Somnium, and more. Over fifteen million people are already inhabiting these decentralized shared-ownership platforms and spend dozens of hours a week and millions of real dollars on in-game assets, tools, avatars, artwork, weapons, and land parcels.

Onramps to the metaverse

I know, a lot of this sounds like a glorified game so “who cares,” right?

While it may feel like a game right now, these virtual worlds will be the equivalent of the onramps that AOL and Yahoo provided in Web 1.0.

You get the point

The barriers between the real world and the virtual world will soften and blend. Borders will become just a political artifact. Monolithic regulatory agencies and companies will shrivel and die. Power and control of the internet will shift toward individuals and independence. And once again our comfortable lives will quake from the changes.

Before the Internet was here you used maps, libraries, typewriters, and photo albums. Your phone was mounted to the kitchen wall with a curly cord that almost reached your bedroom. You made appointments and reservations on that phone, talked to your BFFs, and spoke with actual human customer service agents. You did so many things back then that you don’t do now, and you’re okay with it.

That’s exactly what’s in store for you tomorrow. I hope you’re okay with that.