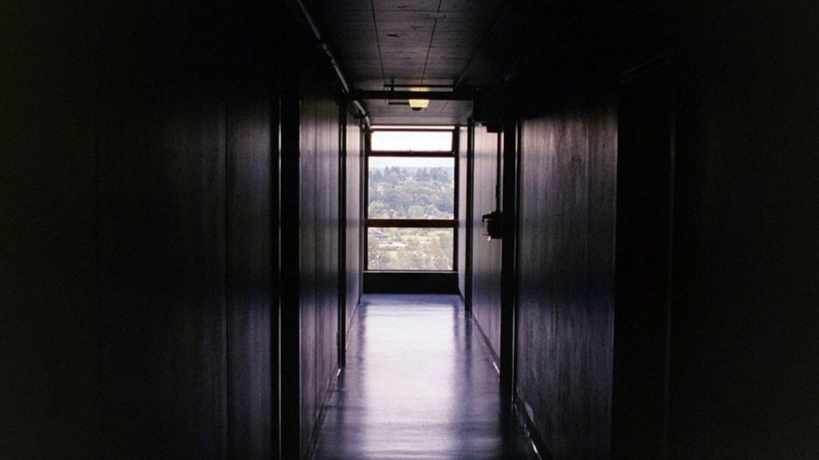 I always hated hallways, but after today, I never want to enter any of them ever again.

What happened tonight scared me beyond anything and twisted some of my sweetest childhood memories into a nightmare.

When I was little, I lived in an old farmhouse with the rest of my family. My grandparents had been farmers their whole life, but when I was born, they’d already retired.

The farmhouse was huge, more than thirty meters in length. When I was little, I used to sleep in my mom’s bedroom. Once I was a bit older, though, I got my own room. I loved it. It was big, had a couch, a bed and all my toys were there.

There was one problem with the room though: It was located in the middle of the building.

To go anywhere, I had to follow a long hallway that led through the whole building. This was fine during daytime since large windows on both ends allowed the sunlight to enter.

At night, however, this hallway became my own personal hell. It was creepy, and both sides ended in nothing but darkness. The worst was the light switches. They were located on either end of the hallway, where stairways connected it to the ground floor.

Whenever I had to go to the toilet at night, I had to walk down the hallway for about ten meters. What made it even worse, was that the farmhouse was more than a century old. Noises were a common thing. The creaking of old beams or the floor boards, often made me shake in fear.

It was terrible, and walking those ten meters at night was the worst part of my young life.

Whenever I had to go, I’d open the door of my room all the way to illuminate the hallway. I didn’t help much. The only thing it did was to fill it with long shadows and to transform the small cupboards into the lurking monsters.

I had a savior though, my grandma.

My grandparents had their own bedroom a few doors up the hallway. After one of my nightly visits, I’d told them all about my fears. I’d complained about how afraid I was to go to the toilet at night. All they said was, ‘There’s nothing to be afraid of, it’s all in your head.’

When I had to go the next night again, I saw a dark silhouette at the end of the hallway. I’d have screamed had I not heard the familiar voice of my grandma.

She told me everything would be fine, but pleaded me to close the door. The bright light wasn’t good for her old eyes. Once I’d done that I heard her walk towards me. She said all this would be our little secret. No one had to know that she was here. If I were quiet about it, everyone would think I’d overcome my fears all by myself.

It was only natural that I took her advice. I was a child, after all. When she held out her hand in the dark, I grabbed it. Then she walked me to the toilet, waited for me to be done, and we returned back to my room.

Before she went back to hers, she’d always ask me if I wanted to come along and sleep in her bed. Each night she’d ask me this same question.

By then, I thought of myself a big boy. I told her, I could handle the darkness of the night all by myself and went back to my own room. At times I would look after her though, as she vanished into the darkness. Occasionally she’d repeat her invitation even after I couldn’t see her anymore.

I’d have to lie if I said it was never tempting. Yet, I never went after her.

The first few months I’d dreaded nothing more than to go to the toilet at night. I hate that dark hallway and even this new room. Once grandma was there, though, things got better.

The only thing I was a bit perplexed about was that grandma always knew when I had to go to the toilet. Did she hear all the ruckus I made when I got up and walked to the door? It didn’t matter. What mattered was that she was always there.

The whole thing continued till mom, and I moved to the city.

That last year, holding hands with grandma felt a bit weird. I was already eleven years old at the time. I might have even told her that she didn’t have to do it anymore. Yet, deep down, I was happy that she was still there. I knew that without her, I’d be scared to death.

I’m now twenty-four years old. I’ve never been back in this house much. Mom and I only used to visit my grandparent’s during the holidays. Even then, we could never stay overnight, because mom was so busy with her work.

Grandma died when I was sixteen years old, and my grandpa died three years ago. After that, mom moved back into the old house. By that time, she was self-employed, so things didn’t change much for her, and I was already in college.

At the moment I’m taking a little break from my studies. I decided it would be an excellent idea to visit mom and to spend some time at my childhood home. It’s the first time I’m back here for more than an afternoon.

When we’d moved, we had left most of the old furniture behind. I was amazed when I saw that my old room was still in same the state. Mom was about to prepare the guest room for me, but I decided to stay right here.

After she had gone to bed, I decided to browse the internet for a bit. At one point, though, I had to go to the toilet.

“Great, time to relive some old memories,” I said to myself.

I knew mom hadn’t bothered to put up new light switches or even a lamp for that matter.

Well, I wasn’t a kid anymore. I got up, opened the door, and carefully peeked outside like I’d always used to.

At the end of the hallway, I saw a familiar dark figure.

Only now, as an adult, did I realize how tall, almost towering the shape was. It filled out the entire hallway. At the same time, it seemed to be hunched over, leaning forward in my direction. I saw long, dangling arms that stretched from the top of the figure almost down to the floor.

As a little kid, it must’ve seemed reasonable that grandma was taller than me and that her arms were so much longer than mine.

As I stared at the figure, one of its impossibly long arms reached out to me. It ended in a bony hand so large, it would easily enclose mine. Then I heard a somewhat distorted, almost giggling version of my grandma’s voice:

“Everything is going to be fine, my dear, little boy.”

I am a writer of horror stories, unsettling tales and general weird fiction.

Hello, I am a writer of short stories. Most of my stories belong to the horror genre, but I occasionally dip into others as well. You can find most of my stories on Reddit's NoSleep community or my homepage. In my stories, I often try to write about unset