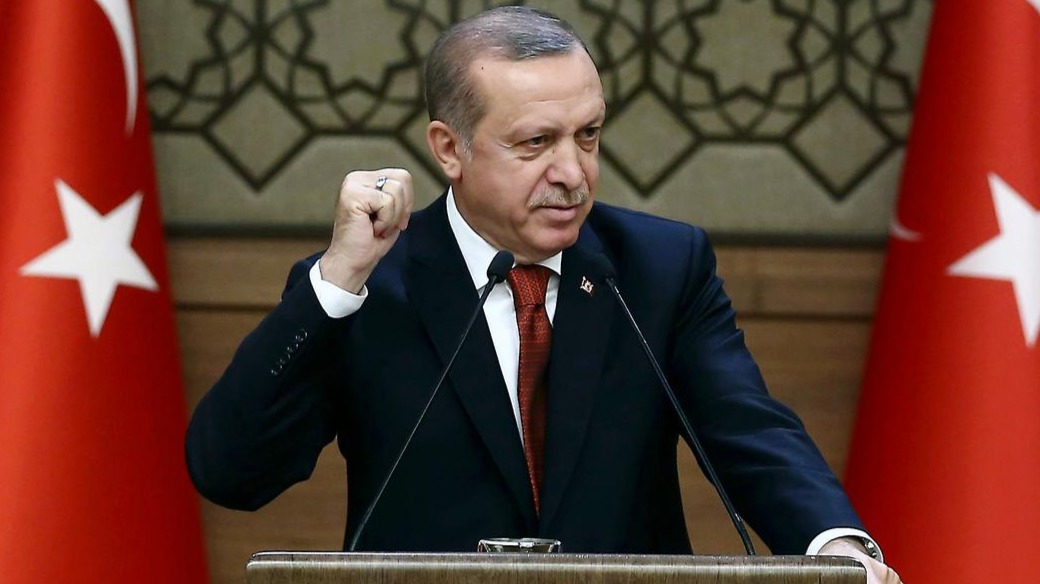 In mid April the Crypto industry received a gut punch as Turkey declared that it would be restricting payments for goods and services being made in Crypto in the country and put pressure on Crypto exchanges to cooperate with a government crackdown. The reason cited was transaction risks and "irreparable" damage, whatever that means.

We all know that governments around the world have been wracking their brains trying to figure out what to do about crypto. Leave it be? That is not in a government's instinct. regulate it? Ban it outright? How to tax it?

Most countries are simply experimenting with ways to regulate crypto and try to work out how to get some sweet sweet tax money out of it. Outright bans on usage have so far been rare. So why did Turkey make the suppressive leap which most countries have avoided so far?

The answer is simple. The Turkish economy and currency are crashing. President Recep Tayyip Erdogan, who has dominated the country for well over a decade is a cunning politician. He skilfully portrays himself as the representative for all Turkish speaking populations and as the figurehead for the Islamic world as a whole, inspiring support from many in the country who feel disconnected from the secular globalism of recent decades, especially when Erdogan hints at the possible revival of the glory days of the Ottoman empire. However, what Erdogan has not figured out is how to manage the country's economy.

During the early years of his rule Erdogan looked to be in the ascendancy. He embarked on major infrastructure programs, building roads, hospitals and schools in rural, conservative areas of the country which support him so strongly. Sadly it was not to last. Before too many years had passed problems started to build. Erdogan's neo-Ottoman foreign policy has seen turkey become militarily involved in nearly all of the conflicts in the middle east, all of which have proven a regular drain to the country's coffers and in nearly all cases have led to military failure. Furthermore Erdogan's infrastructure projects have only been good for half of the country. In Istanbul and much of the west of the country the situation is very different. The west is more secular and westward looking and Erdogan has spent his years trying to bring this wealthy, more liberal side of the country to heel by political and constitutional changes, putting regulatory and political pressure on companies or organisations that oppose him and, since a coup failed to remove him in 2016, Erdogan has increasingly been using open arrests and imprisonments on his opponents.

All of this is very bad for business. After the initial years of infrastructure projects funded by foreign investment, money printing and borrowing the Turkish economy has had a steady decline which shows no sign of changing. A stark representation of this problem is the fact that the Turkish Lira has lost 80% of its value in the last 10 years.

So how does this tie into the decision to ban Crypto? Well what does everyone do when a currency collapses and their savings are threatened with being wiped out by inflation? They flee. Traditionally gold is the most popular hedge against inflation and Turks certainly have been hoarding the yellow stuff over the years, so much so that Erdogan has called on Turks to give up their gold to the government as a patriotic act to save the economy. But Crypto has advantages over gold. It is more mobile, more liquid, more international and, unless governments get better at controlling the internet, it is more difficult to confiscate. Turks fleeing the Lira only makes the currency crash further and so, we get the ban.

So what does this mean for the Crypto industry? Well, if it wasn't already clear to people then now we know that governments will definitely try to squash Crypto if they feel it is a threat to their position. As to whether this will succeed only time will tell. Many people will fear government prosecution and be scared away from crypto, especially in an authoritarian system like Erdogan has turned Turkey into. The tech lovers will still keep going though, and around the world the industry will keep ploughing forward at breakneck pace. The only certainty about this ban is that VPN companies will be getting a lot more customers.

Thank you for reading, if you enjoyed my work then please like and do the tip thing. If there are any other events you would like me to analyse then please let me know in the comments

I report and analyse geopolitical and geofinancial events which could have an effect on the Crypto industry. I hope you find my insights valuable. All content is my own opinion and not endorsed by any political groups.