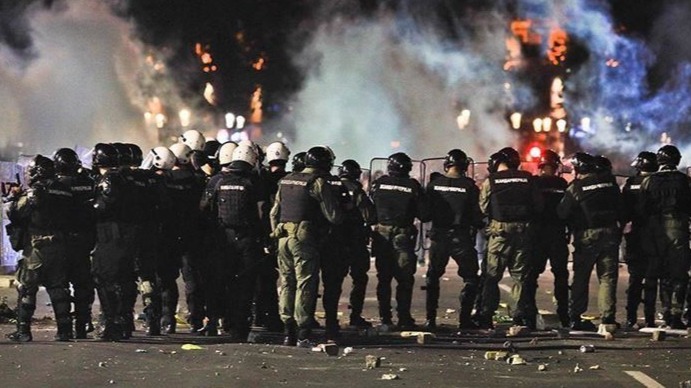 Crypto adoption will be sped up by global chaos

No-one goes to a doctor or a counsellor with a problem and gets told that they need more chaos in their lives. But Crypto is gradually being seen by more and more people as a potential antidote to such problems, at least in the financial sense. Despite all of the volatility involved in the crypto space, the danger of hacks and scams, and the fear of making mistakes which cost you your coins and tokens, there is an interesting trend in the pattern of adoption of crypto which hints that if social and political upheaval continues to get more tumultuous then the expansion of the cryptoverse is only going to get faster.

lots of people have tried to track Crypto adoption over the years with varying success. The nature of Crypto is to be private, safe, secure and anonymous so it is hardly surprising that data is difficult to get but some generalized pictures have been created by data companies, especially as adoption has become more publicised.

The top countries on the list for crypto trading and ownership are not surprising. USA, UK, China, South Korea, Japan and western European countries are all to be expected. These countries have the highest internet usage, average wages and investment wealth. What is particularly interesting and not expected by many were high adoption rates in countries that do not have these advantages. Leading the way in poorer countries with high public support for Crypto is Ukraine. Despite (or more likely because of) being the centre of attention in the news recently over fears of a military conflict, and a previous war in 2014 coupled with economic troubles, Ukraine's adoption of Crypto in relation to internet connections and wages is extremely high with some analysts claiming it to be the highest in the world. Venezuela shows a similar trend (though with less fears about war with Russia). Venezuela's political and economic troubles are tragic and have dragged on for a long time, it is not surprising that Venezuela is showing a very high rate of adoption of Crypto as people look for a way out of the socialist policies of the Maduro government.

My final example is Turkey. The Turkish economy has struggled for a long time now and the Lira has lost 80% of its value over the last 10 years leading to people looking for sanctuary in Crypto. But one single event in Turkey shows that uncertainty and distrust in centralized authorities spike crypto adoption more than anything else. President Erdogan of Turkey removed the head of the Turkish central bank in March. The result? 23 billion Lira was traded on Crypto exchanges within the next few days. In comparison only 1 billion Lira was traded in the entire month of March last year.

It would be much better for the world to have stable and safe countries of course. But sadly the world doesn't always work like that. What these examples show is that whether countries are stable and prosperous, or chaotic and struggling, Crypto adoption is speeding up across the world. What an exciting time to be in this industry.

Thank you for reading, if you enjoyed my work then please like and tip yourself. If there are any other events you would like me to analyse then please let me know in the comments

I report and analyse geopolitical and geofinancial events which could have an effect on the Crypto industry. I hope you find my insights valuable. All content is my own opinion and not endorsed by any political groups.