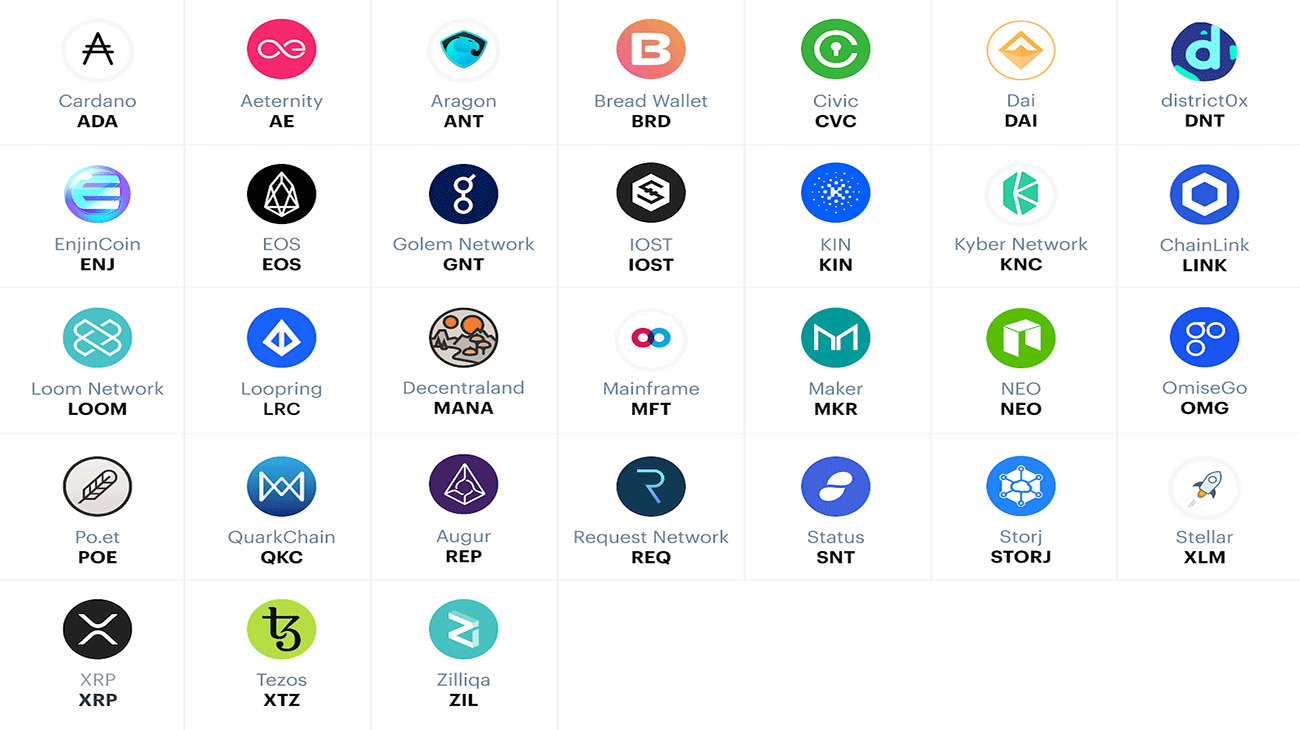 If you have been doing a research on cryptocurrencies ,ICOS or Altcoins you might have heard about this the words "Proof of work(POW)", and "proof of stake(POS)".

In this post I'll simply explain about both techniques and show the significant difference between them...

Certainly, Anyone who wants to dive into cryptocurrencies should know what the differences between Proof of work(POW) and proof of stake(POS)

You don't have to be an expert in blockchain technology or crypto field ,trust me only reading this informative post is enough to turn you from zero to hero

POW & POS techniques are a tricky territory so before we dig deep in it let's take a  quick glance  on blockchain first...

with the blockchain everything is decentralized meaning you don't have to trust anyone and everyone has a copy of all transactions. 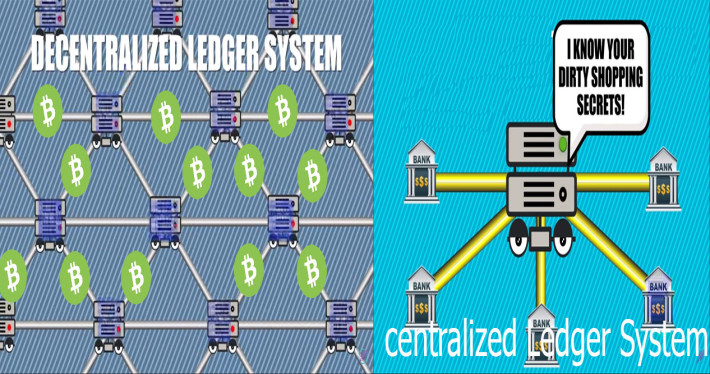 well,If we want to  begin with roof of work (poW)", the idea of it was first introduced in 1993 to combat spam emails and was formally called “proof-of-work” in 1997. However the technique didn't go largely used until "Satoshi Nakamoto" created Bitcoin in 2009. He realized that this mechanism could be used to reach consensus between many nodes on a network and he used it as a way to secure the Bitcoin blockchain.

Proof-of-work algorithm works by having all nodes solve a cryptographic puzzle. This puzzle is solved by miners and the first one to find the solution gets the miner reward. This has led to a situation where people are building larger and larger mining farms.

According to Digiconomist, Bitcoin miners alone uses about 57.6 TWh of electricity, enough to power 5 million households in the US or even power the entire country of New Zealand or Hungary. Proof-of-work gives more rewards to people with better and more equipment. The higher your hash rate is, the higher the chance that you’ll get to create the next block and receive the mining reward.

In order to increase chances even further, most miners always come together in what’s called “mining pools”. They combine their hashing power and distribute the reward evenly across everyone in the pool.

In other words, proof-of-work is causing miners to use massive amounts of energy and it encourages the use of mining pools which makes the blockchain more centralized as opposed to decentralized. In pursuit of  solving these issue, a new consensus algorithm has been found to be as effective or better then proof-of-work.

In 2011 a Bitcointalk forum user called "QuantumMechanic" proposed a technique that he called “proof-of-stake”. The basic idea is that letting everyone compete against each other with mining is wasteful. So instead proof-of-stake uses an election process in which 1 node is randomly chosen to validate the next block.

Proof-of-stake has no "miners" but instead has “validators” and it doesn’t let people “mine” blocks but instead “mint” or
“forge” blocks.

Validators aren’t chosen completely randomly,To become a validator, you have to deposit a certain amount of coins into the network as stake.

You can think of this as a security deposit.The size of the stake determines the chances of a validator to be chosen to forge the next block.

It’s a linear correlation. Let’s say John deposits $100 dollars into the network while George deposits $1000. George now has a 10 times higher chance of being chosen to forge the next block. This might  seem unfair because it favors the rich, but  believe me,in reality it’s  far more fair compared to proof-of-work.With proof-of-work rich people can enjoy the power of economies at scale. The price they pay for mining equipment and
electricity doesn’t go up in a linear fashion.Instead the more they buy, the better prices they can get.

but back to proof-of-stake,If a node is chosen to validate the next block, he’ll check if all the transactions within it are indeed valid.

If everything checks out, the node signs off on the block and adds it to the blockchain. As a reward the node receives the fees that
are associated with each transaction.

How can we trust other validators on the network?

If a node stops being a validator, his stake plus all the transaction fees that he got will be released after a certain period of time. Not straight away because the network still needs to be able to punish him, If it discovers that some of his blocks were fraudulent.

Well, in proof-of-work we have something called mining pools.Those are people who are teaming up to increase their chances of mining a new block and thus collecting the reward.However these pools now control large portions of the bitcoin blockchain. They centralize the mining process and that’s dangerous. If the three or the four biggest mining pools would merge together, they would have a majority stake in the network and could start approving fraudulent transactions.

If a single miner or group of miners can obtain 51% of the hashing power, they can effectively control the blockchain. This is called the 51% attack!!! 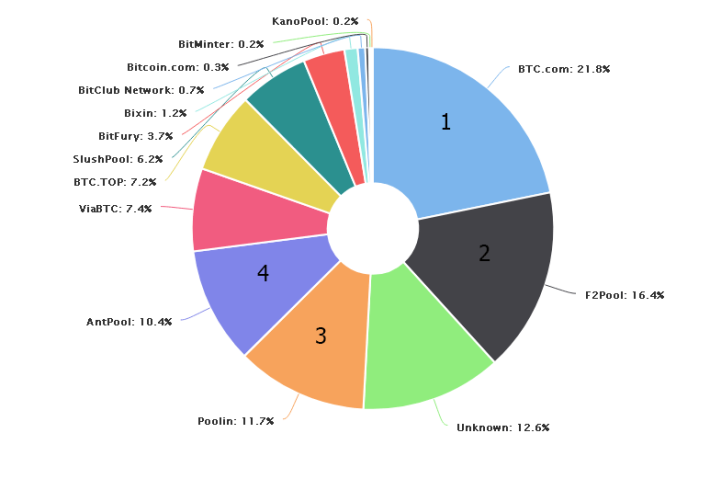 Proof-of-stake on the other hand makes this attack very impractical, depending on the value of a cryptocurrency. If Bitcoin would be converted to proof-of-stake, acquiring 51% of all the coins would set you back a whopping 96 billion dollars.So the 51% attack is actually less likely to happen with proof-of-stake. 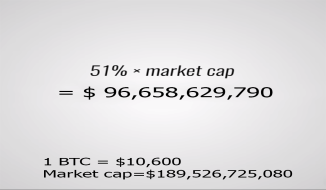 Another important advantage is that setting up a node for a proof-of-stake based blockchain is a lot less expensive compared to a proof-of-work based one.You don’t need expensive mining equipment and thus proof-of-stake encourages more people to set up a node, making the network more decentralized and also more secure.

A few examples of coins that use it right now are Lisk and Nxt but more cryptocurrencies are likely to follow in the future.

proof-of-stake is by no means  perfect and it also has some flaws..Proof-of-stake algorithms have to be careful how they select the next validators .It can’t be completely random because the size of the stake has to be factored in.But at the same time the stake alone isn’t enough because that will favor rich people,who will get chosen more frequently, will collect more transaction fees, become even richer and thus increase their chances of being chosen as validator even further...

From my point of view, proof-of-stake is a revolutionary technology and (dare I say) It is  better and more equitable than proof-of-work. It tries to avoid (to some extent)  the phrase of "rich gets richer",But I can't ignore the fact that proof-of-stake brings additional risks when compared to proof-of-work and a lot of research is needed to understand these risks and to mitigate them.... I can not ignore to express my thanks and appreciation to this young and promising community ... I'm interested in scientific blogging I hope to add something valuable to this great platform !