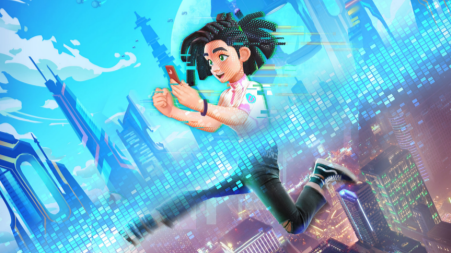 How do I Play-to-Earn in a Blockchain Game? Find out in the PARALAND Metaverse Whitepaper!

PARALAND is a pioneering Metaverse gaming platform that combines territory contention, crypto, social interactions and LBS gameplay. In PARALAND, there are numerous worlds that provide an amicable environment for players to interact with each other, whether your goal is to learn more about a specific field, to game with friends, to meet new people or purely lucrative, PARALAND has got you covered! Players are able to participate in events, missions and rankings in the innovative VR and LBS gameplay. In-game rewards are not limited to just loot, they could also come in the form of physical prizes and NFTs. Players are also able to utilize ParaBots to earn $PARA as rewards and become a shared value member of PARALAND and begin the journey of Play-to-Earn and Social-to-Earn! 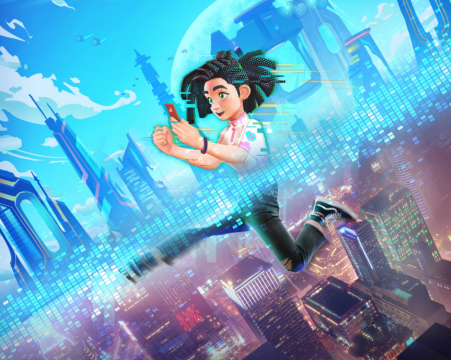 Exclusive Reveal of Background Story and Gameplay in Whitepaper Debut

The PARALAND team kept up the grind and achieved continuous breakthroughs and grand feats. The first NFT drop of PARALAND, the Pioneer Series, sold out in just 37 seconds in January of this year. The project has released its whitepaper on its official website recently! The background story reveals that an old tale passed on throughout millenia once told, “Along with the progression of technological advancement, the human kind will be increasingly doubtful regarding our own existence and whether we are actually living in a world of deception and virtuality. Our exploration of the cosmos only generates further questioning of whether we truly exist, or are we just a component of fictional realms depicted in sci-fi, evoked by imagination.

”In the summer of 2022, a sphere emerges above the horizon. A few days later, a legion of extraterrestrial robotic beings are seen descending on shore. They flooded the streets and began repeating a sound that could only be made out as “Para.. Para…?”. This evoked panic, until a curious teenager snuck into the blockaded research facilities, bravely approaching one of the robotic beings and triggered some sort of kill switch mechanism within the robotic beings, and they began to collectively ascend into mid air sending out a beacon deep into space as a deafening and deep voice penetrated through the whole world’s ears. When the echoes of those words came to an end, the world stood still for a split moment, and the world as we know it, was never the same again… 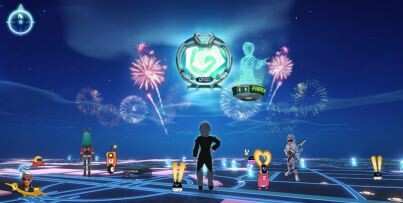 PARALAND has a cyberpunk feel, most players will assume the role of a Jumper and are able to alter their avatar appearances to their preference and participate in treasure hunts, missions, territory contention and events hosted by Landers to earn rewards. Jumpers are also able to become a Lander and construct their own Land through an in-game mechanism. PARALAND features UGC gameplay, Landers are able to design how their own world looks, create their own missions, lead their loyal Jumpers into battle, even drop their own NFTs, share their self created 3D models, avatar equipment and music with other players, like a blockchain version of Minecraft! 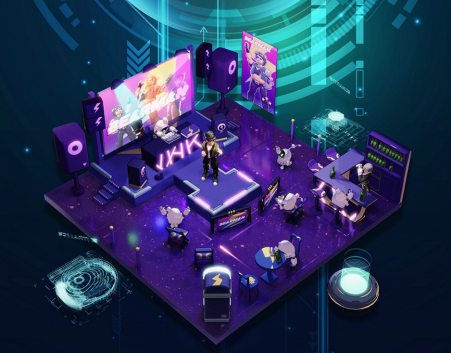 Customization Demo of the Land of a PARALAND Lander

The PARALAND team has recently released information regarding their token that will begin private offering in June, the $PARA, which will be the crypto token and governance token of PARALAND. $PARA holders possess the right to carry out transactions, staking and even assist in governing PARALAND with the $PARA. The ideal is to lead the players and $PARA holders towards a truly community based decentralized and autonomous organization whilst becoming a shared value member of PARALAND .

Landers and Jumpers are able to earn $PARA through territory Rooting, exploring the LBS map, and earning Contribution Points via events. Expansion of the Lands is also an important aspect of PARALAND, it requires collaboration between the Landers and Jumpers to create unique new worlds, accelerating $PARA earning efficiency and truly implementing the concept of Play-to-Earn. 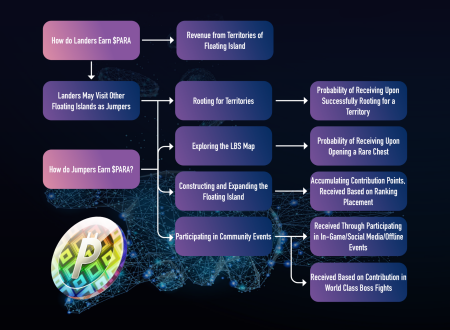 How to Earn $PARA Beforehand

PARALAND will be officially launching in the second half of this year. Play-to-Earn is already up and running in the PARALAND Discord community, which recently launched its PARA Points Campaign, allowing Discord members to first handedly experience the gameplay mechanism that will be featured in the game. PARA Points earned will be able to be exchanged for NFT vouchers that can be then redeemed into $PARA, meaning that community members are able to earn $PARA six months prior to the launch of the game by participating in server events. PARA Points can be earned easily through many methods in the PARALAND Discord community, via daily check-ins, promoting on social media platforms, regularly hosted events and games. Through this campaign, influencers can accelerate their reputation and in-game earnings to become admired Landers that lead other players into territory contention in the Metaverse when PARALAND launches! Join PARALAND's Discord to begin Play-to-Earn and learn more about the project! Visit the official website to access the whitepaper! Play-to-Earn is no longer a dream, let's all meet again in the parallel wonderland! 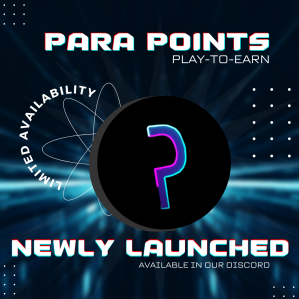 Join the PARALAND Discord Server and Experience Play-to-Earn before the launch!