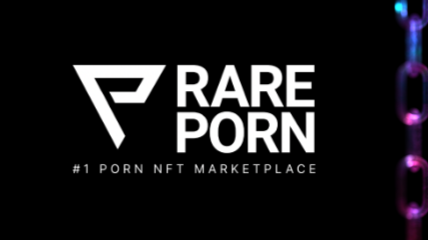 Rareporn, a french pioneer in Porntech, will continue its fund raising efforts through an ICO (Initial Coin Offering) of 17 million dollars in June. The three months old startup is gearing up towards exponential growth, with plans to hire 25 employees in the next two months, and will be expanding to the USA and Japan, targeting a global audience.

How did it happen! - The backstory

According to a SimilarWeb report, the website Xvideos.com has alone generated 3.1 billion visits in April 2021, almost as much as Amazon.com and Netflix combined (2.45 and 1.23 billion) during the same period.

In another report published by NonFungible.com, the sale of NFT (non-fungible tokens) reached a record high of more than $2 billion in the first quarter of 2021. This is 20 times more than the previous quarter (Q4 2020).

But what exactly is an NFT?

This certificate is theoretically unalterable and cannot be duplicated. By the virtue of NFTs, copyright is now better protected on the internet, as the NFTs prove the authenticity, provenance and uniqueness of the digital asset, thereby, increasing the scarcity of content. The NFTs are designed using "blockchain" technology, which is reputed to be tamper-proof, that serves as the basis for crypto-currencies such as bitcoin.

RarePorn's 1st NFP was sold for 2.5 ETH or $ 10,000! Badoo, who won the auction, chose to keep this collectible at Rareporn’s vaults, in order to maintain its value.

The platform allows users to buy, sell or exchange the first virtual tokens for adults and puts content authors and creators at the center of the game by the virtue of the Poken (Poken Token).

RarePorn launches its own cryptocurrency, the Poken ($ PKN)

The creators can be paid (thanks to $ PKN) through the platform from admirers who either subscribe to the creator’s profile or would like to tip them. The size of this market runs into several billions. Creators will thus be put back at the center of the ecosystem, allowing them to free themselves from malicious producers or platforms, a problem that is a commonplace in this industry.

For more information, you can check their Lightpaper

RarePorn announces its ICO in June

Driven by the great success and the incredible support of its community, RarePorn announced the continuation of its ICO in June for an amount of $ 17M!

RarePorn is founded by an explosive combination of entrepreneurs from the world of startups, blockchain and adult entertainment:
Marco Garniga et Nils Lataillade, co-CEOs have held leadership roles in unicorns and hyper growth startups like Jumia, African e-commerce pioneer, Amazon and the French unicorn Meero.

The startup has completed a historic private sale round of its $ PKN token for $ 2 million.