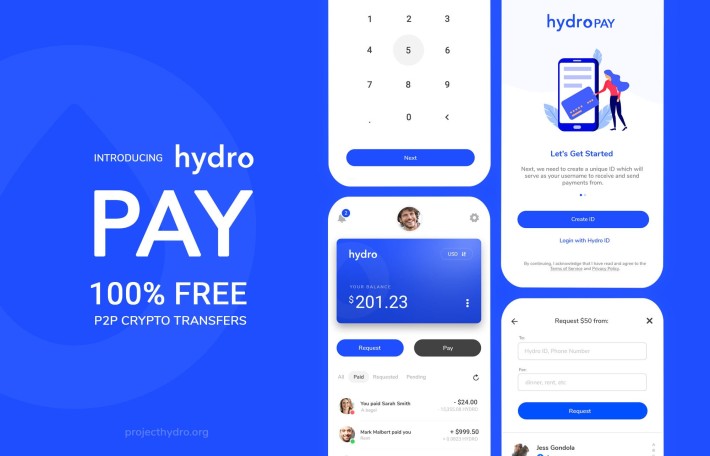 The way we exchange goods and services has changed throughout millennia. We started long ago with items like seashells then moved to gold and silver. The 20th century was saturated with paper money but by the beginning of the 21th century that same money was transferred digitally. Since then, cryptocurrency has pushed into the scene which gives us a new way to send and receive value on a peer to peer basis, or P2P. And this new way to send and receive money is why we created Hydro Pay app.

Hydro Pay app is a P2P exchange app that allows users to pay and receive Hydro. Use the Hydro Pay app to pay for things like groceries or rent. Payback friends from lunch. Share crypto between family members. This is the way P2P was designed.

Hydro Pay app is a revolutionary way to pay and a direct challenge to competitors like Venmo and PayPal. It uses crypto to send and receive money, unlike traditional P2P methods.

Hydro Pay app is a realization of this new transition to cryptocurrency payments that is quickly seeing widespread adoption. This new transition is the result of a mobile-first economy, ease of use, heightened security, and decentralized capabilities instead of feeding off of user data, Hydro Pay is a token to token wallet which allows you to send and receive ERC-20 tokens to any user on the network.

A few weeks back, we officially launched the first iteration of the Tide, one of the six phases of Project Hydro, which was inaugurated by the reveal of the Tide Whitepaper. The Tide Whitepaper showcases the main concept on how Hydro plans to implement payments with the Hydro token. We have lots of products and features in store, including Hydro Pay app versions 1 & 2, Hydro X (our remittance app), Hydro Vault (our storage wallet), and much more. Tide is our biggest phase yet, and we have a ton of surprises in store.

To read the Tide Whitepaper, you can do so here.

To discover more Tide products, check out our roadmap.

What does Hydro Pay app offer? To start with, Hydro Pay showcasing feature is being a feeless crypto P2P app, which means that we do not charge a fee to making crypto payments. This is the first in its class – other apps and projects either have fees which can be costly or they claim a feeless structure with hidden fees in the fine print. We don’t. We feel this is a major step forward to bringing you the next big crypto project.

Other features include a blockchain based transaction system which ensures quick transfer times, capabilities to import and add to your balance, and a smooth transaction history. You can send and receive hydro to anyone using the app.

Couple of weeks back we released the official sign up for Hydro Pay that would give tokens for signing up and referrals. The good thing about the sign-ups was the overwhelming response we got – unfortunately – it caused our servers to shut down temporarily. The good news is that the sign-ups were saved and we have readjusted the method for the rewards and referrals.

The Hydro token rewards will now be offered at the same amount – 10,000 HYDRO – at the time of the app release and download of Hydro Pay as a beta tester. After download, you will have an opportunity to gain up to 1,000,000 HYDRO by successful referrals.

We have had an overwhelming amount of traffic and feedback for Hydro Pay. If you want to sign up, you can do so here.

The first iteration of Hydro Pay app is slated for release in midsummer of 2019. But we don’t plan to stop there. The next major update for Hydro Pay will have plans to add several other tokens as well in addition to adding fiat exchange, subscriptions, and more. In addition, we plan to add our Snowflake identity protocol for safe and secure KYC. Snowflake will be used across the Project Hydro product lineup to offer a streamlined service for ease of use for your P2P crypto needs.

Hydro Pay app will help change your view on how cryptocurrency can be used for P2P payments. We are excited to launch this in the coming months to be the first “no fee” payment system for crypto. 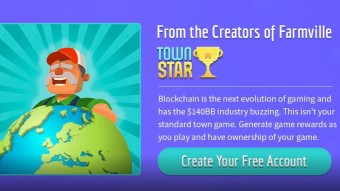 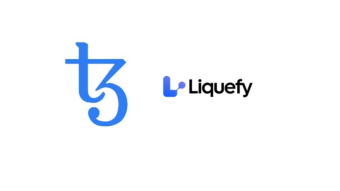