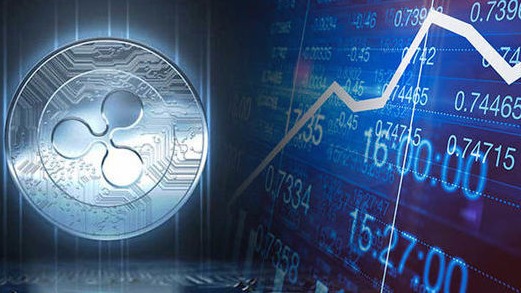 With the day minimum around 2963 satoshi the feeling is that for the horizontal support the end is almost inevitably reached; then we begin to prepare for a new dump, probably in the 2750 satoshi area, and we hope that XRP will be able to bounce back without touching a new low.

BTC / XRP for now the S1 holds, it remains to understand for how much

Although the price has opened this month under the pivot point for now there has not yet been a real test of the S1, placed in the 2900 satoshi area; impossible to tell right now if this level will hold up and will offer a solid support on which to bounce or if instead it will collapse by sending the price to test directly the S2. The 7D chart shows us that after having strung up in consecutive consecutive weeks the price started to trudge, but the feeling when observing this time frame is that the worst is over and that a new low will no longer be marked; if things were like this the movement we are recording would be nothing but a retracement. The pessimism, as far as XRP is concerned, comes from the 1D chart, in fact here we see that for more than a month now the price has dragged near the S1, it is true that it has never physically tested it, but also true that the support horizontal does not seem destined to last much longer.

Although it is not infrequent that situations like the one in which XRP is stuck are broken on the upside, we must now start to keep ourselves ready for what is the most probable scenario, namely a break of the current support and a fall to at least 2600 satoshi. In fact, things can hardly go differently than this; at that point we will have to understand if the price will resist without touching a new minimum, and in that case we will be able to recover some optimism, or if instead it will go down dry and it will also break the support represented by 2400 satoshi quota; for now, waiting for the trend to take a clear direction, it is better to stay out of the market and adopt a more prudent approach.