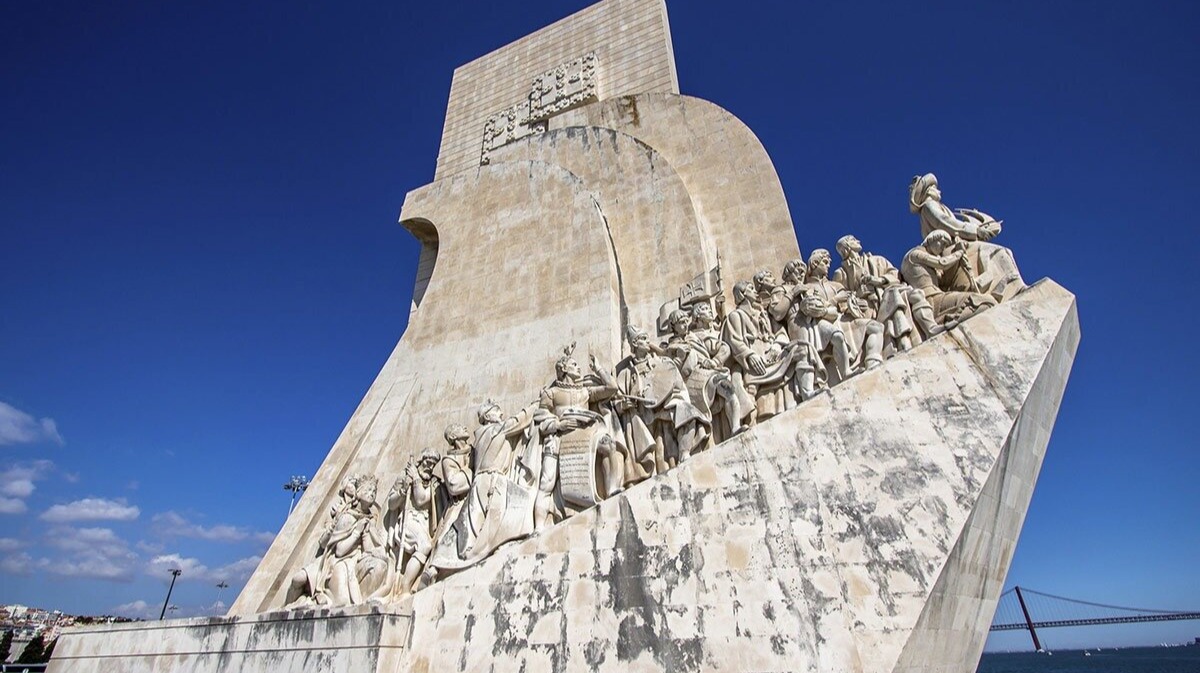 WHY PORTUGAL BECAME A COUNTRY OF PIONEERS

An old image of Lisbon from the 15th century

Christopher Columbus, as you know, studied navigation in Portugal.

By the time he moved to this country, he had already graduated from university and had quite a lot of experience in sailing the Mediterranean on the Genoese galleys.

But the real art of navigation, the art of conquering the oceans, was best understood by the Portuguese at that time.

This small country on the edge of Europe has strangely taken the lead in building the best ships and in navigation, in the most high-tech industries of its time.

As you know, nothing in the world happens "suddenly", and the fact that in Portugal at the end of the XIV century, a wave of immigrants from all over Europe suddenly poured in (someone from his contemporaries wrote about "talented youth", someone-about renegades and daredevils-probably both were right) - it was no accident. Liberal, at that time, Portuguese laws allowed representatives of a wide variety of professions to" get out " - farmers, artisans, soldiers and, of course, merchants and sailors, the demand for which grew incredibly. A small country on the edge of the planet, facing the ocean, a land of fishermen and traders, was beginning to find its place in the world,and its world was a world of sailing.

Only in this country could Enrique the Navigator take place, a man whose contribution to the conquest of the oceans is probably difficult to even describe - despite the fact that his personal largest voyage is the crossing of Gibraltar. One way or another, Prince Enrique (often referred to in literature as Henry) In his youth, he distinguished himself in the capture of Ceuta, a port on the African coast of the Strait of Gibraltar. The purpose of the expedition was to "intercept" the Trans-Saharan trade-the main African trade route going from Black Africa through the Sahara and closing in Tangier and Ceuta. 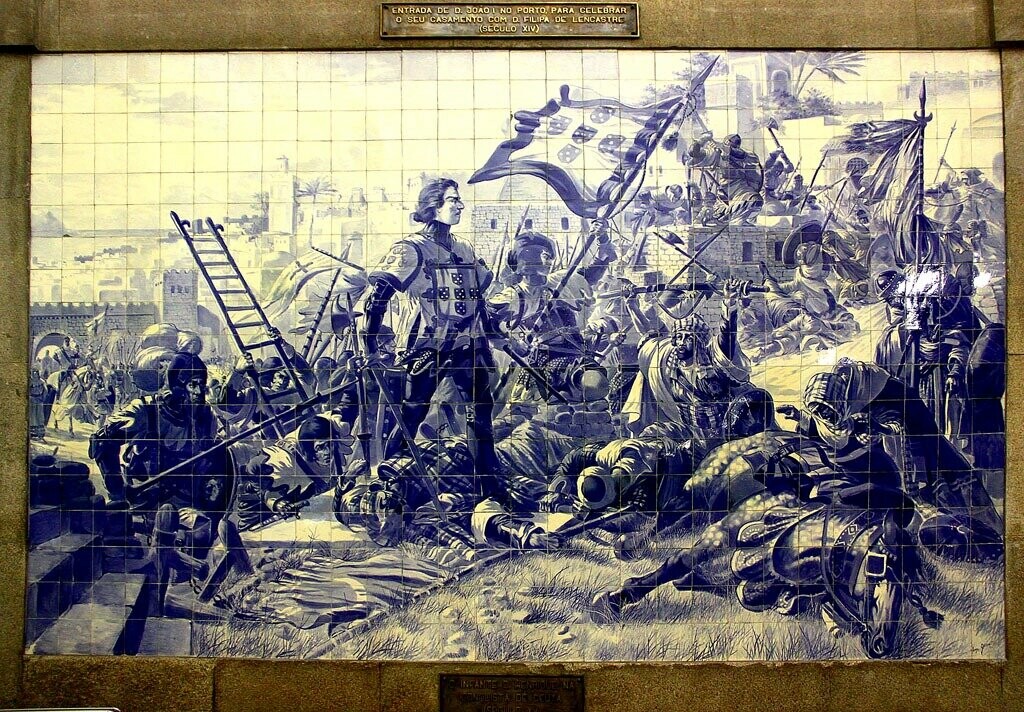 These were unthinkable caravans, carrying mostly gold, salt, and slaves, which were in great demand in the Arab world. The ubiquitous ibn Batutta (a native of Morocco, by the way) wrote about caravans of a thousand and even 12 thousand camels. The journey through the Sahara took a year. In the Moroccan ports, cargo was transferred to the ships of Arab merchants and sent on, throughout the then world. The conquest of Ceuta, however, did little good to the Portuguese: some time later, the marching caravans simply went around this city, to Tangier. The attempt to conquer Tangier ended in such a heavy defeat for Enrique that thoughts of a "military solution" to the problem had to be abandoned. 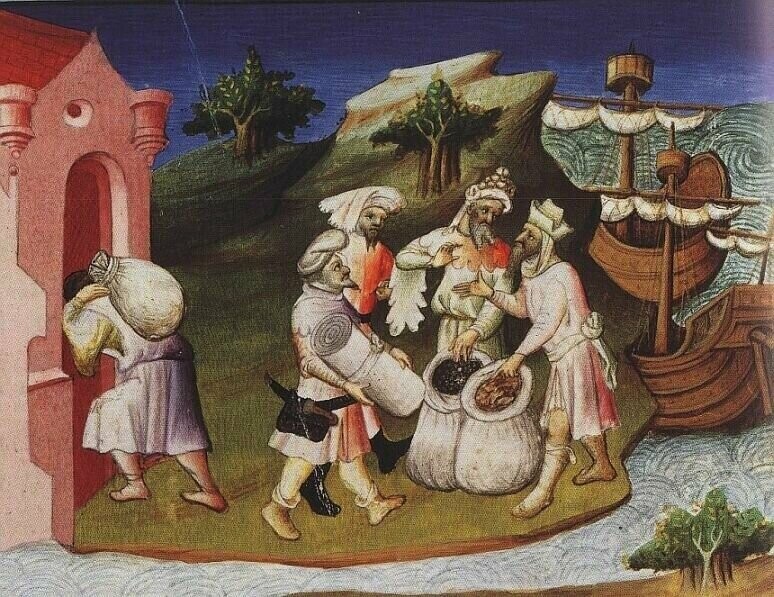 Spice trade in the Middle Ages

Here it must be said that Portugal at that time was not a rich country at all. It was as far away as possible from all the trade routes of that time, and goods like spices getting into this remote area were fantastically expensive, even for the nobility. The sea as the way to spices, the way to the main treasures of those years, seemed the best solution to the problem. For almost two millennia, Ptolemy's idea prevailed that Africa was crossing into Antarctica and there was no way to circumnavigate it. Some (rather vague) information received from caravan drivers, Arab merchants and black slaves, even if they were of a fairy-tale nature, led to doubts about the validity of the Ptolemaic hypothesis.

Anyway, after settling in Sagres, Enrique developed a rapid activity in preparation for the development of the sea route to India. The world's largest collection of maps and the best cartographers from all over the world (including the Byzantines, Venetians, Genoese), navigation school, observatory... 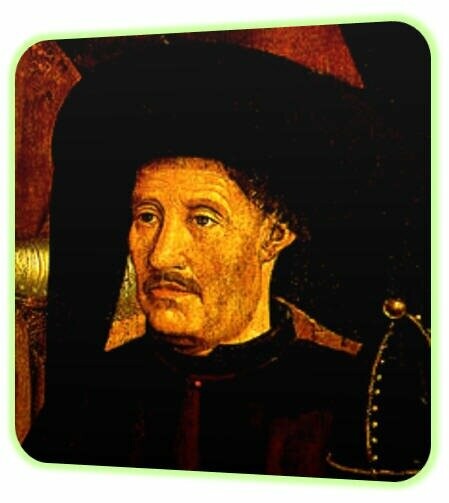 Enrique also gathered the best shipwrights of his time to create a ship capable not only of coasting, which, in fact, was then navigation, but also able to overcome the seas and oceans. The prototype was the Arab ships, bagals and dhows, with the so-called "Latin" (oblique) sail, which, however, had a more elongated hull shape. Somewhat "rounding" the hull, raising the sides, improving the design of the sails (getting as a result the maximum possible angle of attack), the caravels set off... Shipping became so stressful, and the caravels so numerous, that there was a disastrous shortage of crews. Even at the helm had to put a person who first set foot on the ship, Of course, disasters were not uncommon. This did not stop the Portuguese. 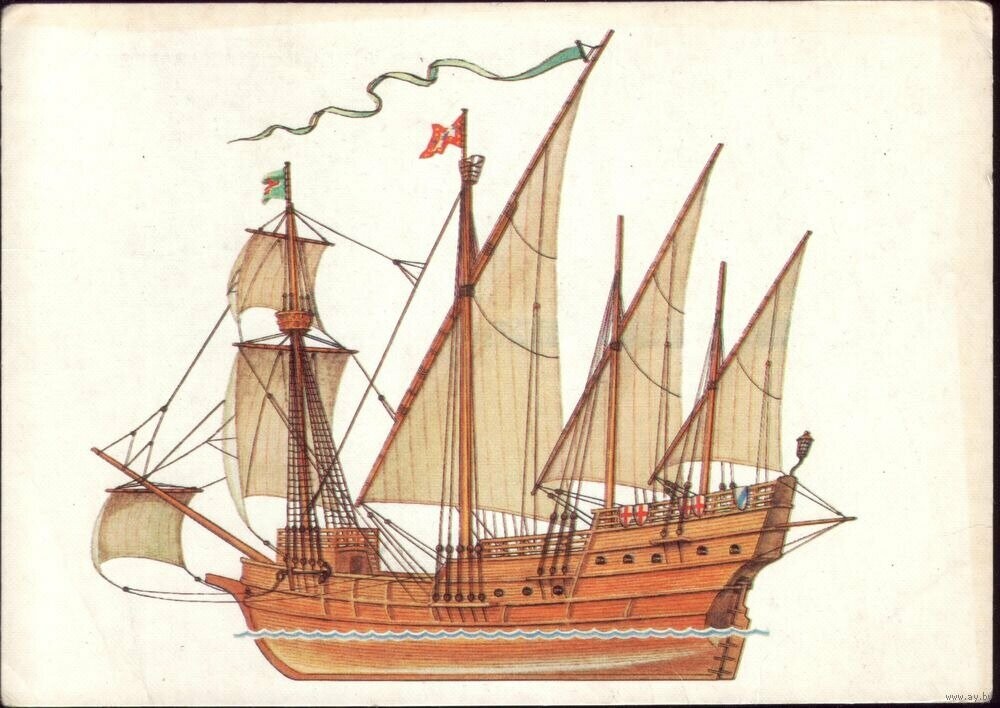 Portuguese caravel of the 15th century

From 1419, every year, until his death in 1460, Enrique the Navigator sent expedition after expedition, which penetrated further and further to the south of the west coast of Africa. Madeira, the Azores, and the Cape Verde Islands were discovered...

The equator, however, was never crossed during Enrique's lifetime. But the Portuguese prince managed to get a papal bull, which secured the Portuguese monopoly on the slave trade, one of the most profitable items of trade of his time.

This, in turn, spurred the "initiative of citizens", the expeditions began to be equipped even more actively, the number of" talented young people "or" daredevils " from all countries of Europe all arrived (Columbus, who came to learn navigation in 1472, is an example).

In 1482, Diogo Caen crossed the equator.

In 1488, Bartolomeu Dias circumnavigated Africa, proving that there was such a route to India.

In 1499, Vasco da Gama returned from sailing, opening a sea route to India.

In 1500, the team of Pedro Cabral discovered the coast of Brazil.

In 1519-1522, a Spanish expedition led by the Portuguese Magallanes, who will become known in history as Magellan, makes the first circumnavigation of the world.

The era of great geographical discoveries, which turned the world upside down, started for the Portuguese as a desire to get out of poverty and obscurity, has started...

Human capital in the form of talents and thugs was drawn to Portugal and neighboring Spain especially rapidly after the voyage of Magellan: although the navigator himself was killed, only one of the five ships returned, and only 17 of the 270 people who went on the voyage returned, brought on the same ship was enough to pay off the "investors" (who, according to rumors, also received 300% profit) and get rich. .. 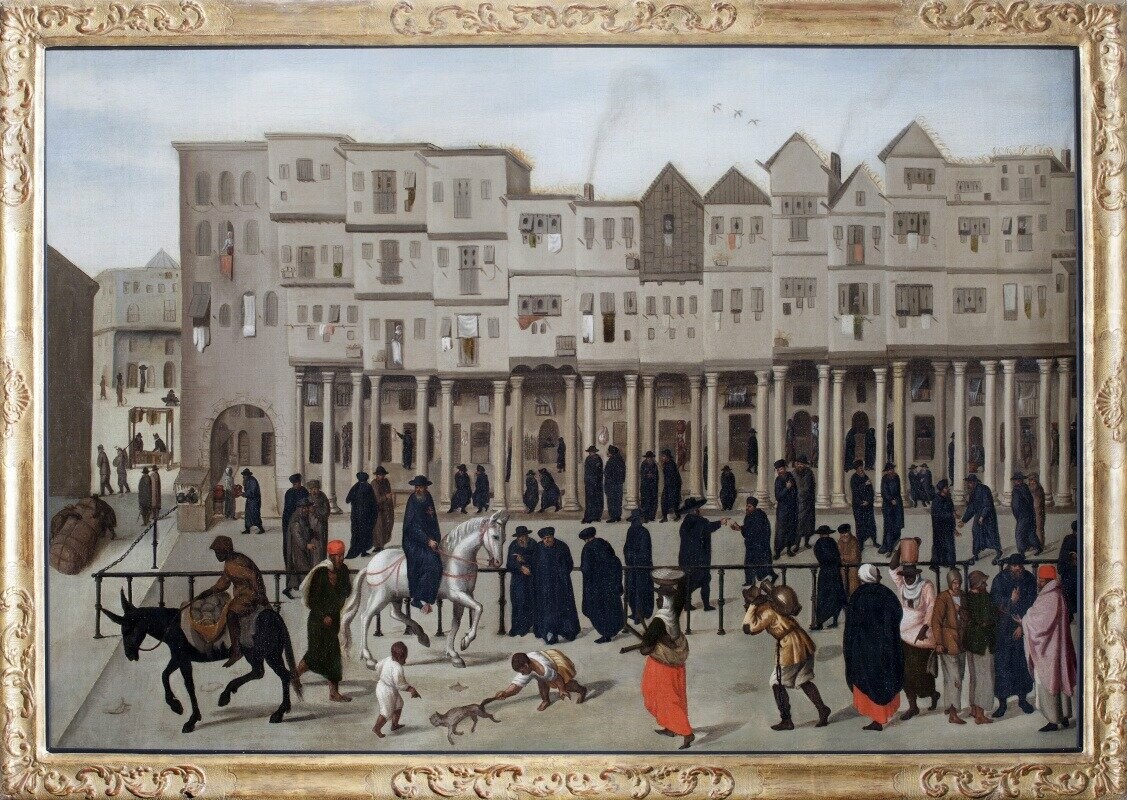 Lisbon at the turn of the 15th-16th centuries

But-it was already too late: the expulsion of the Jews (who, in fact, formed the banking sphere of the country), the holy Inquisition and the corrupted" easy money " economy of the Pyrenees ("We have everything expensive except money"), the thuggery that flourished in violent color, competition from the "young tigers" in the face of England, the Netherlands and France quickly made Portugal and Spain places for the application of forces not interesting.

England and especially Holland intercepted the flow of talent and eventually outplayed the pioneers. 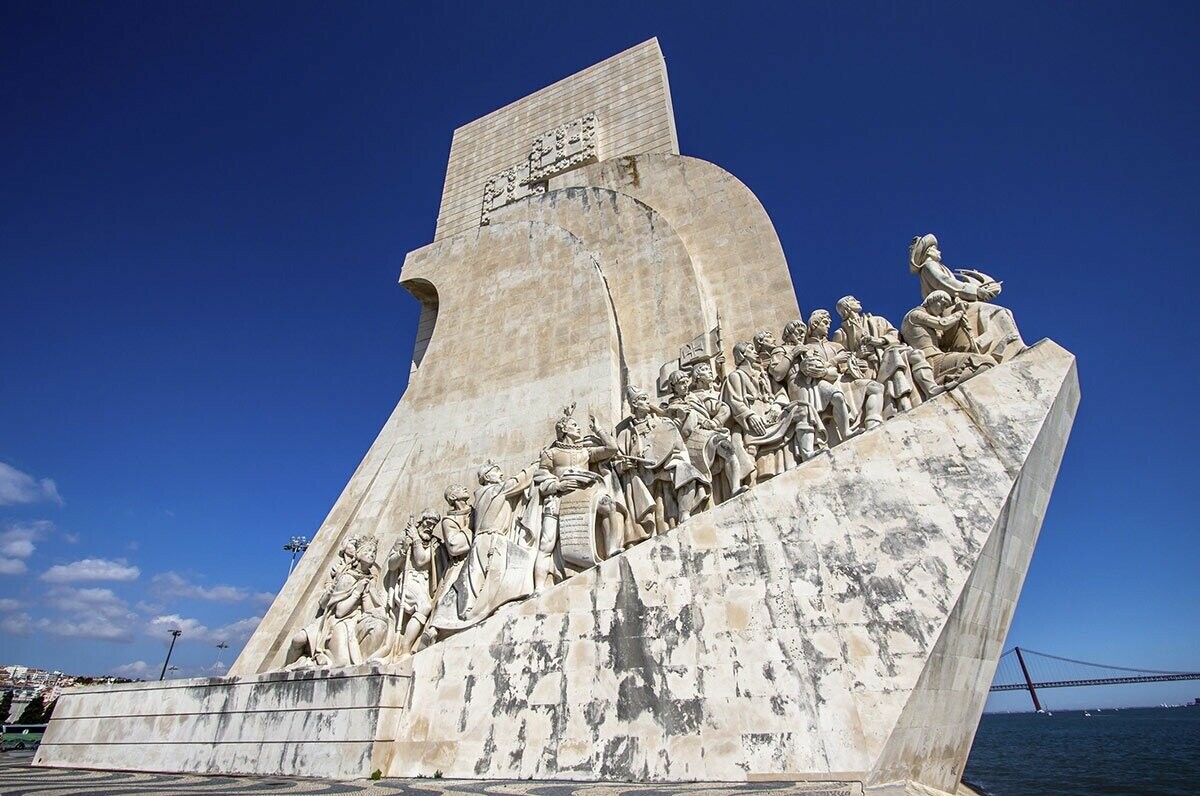 Portugal, which at one time filled the sparsely populated north of its country with Flemings, Dutch and Burgundians (King Sancho I even received the nickname " The Settler") she was catching up again...