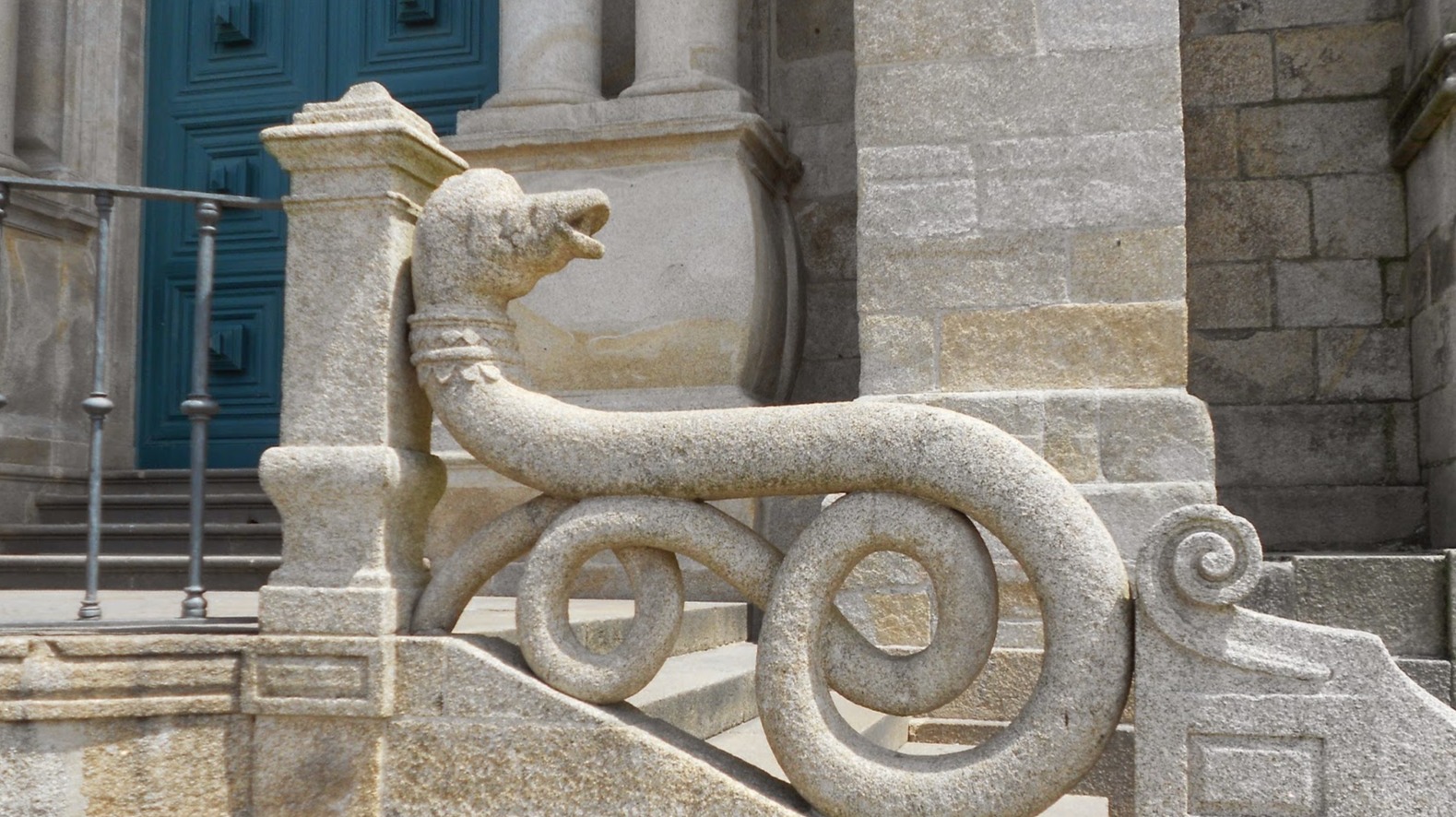 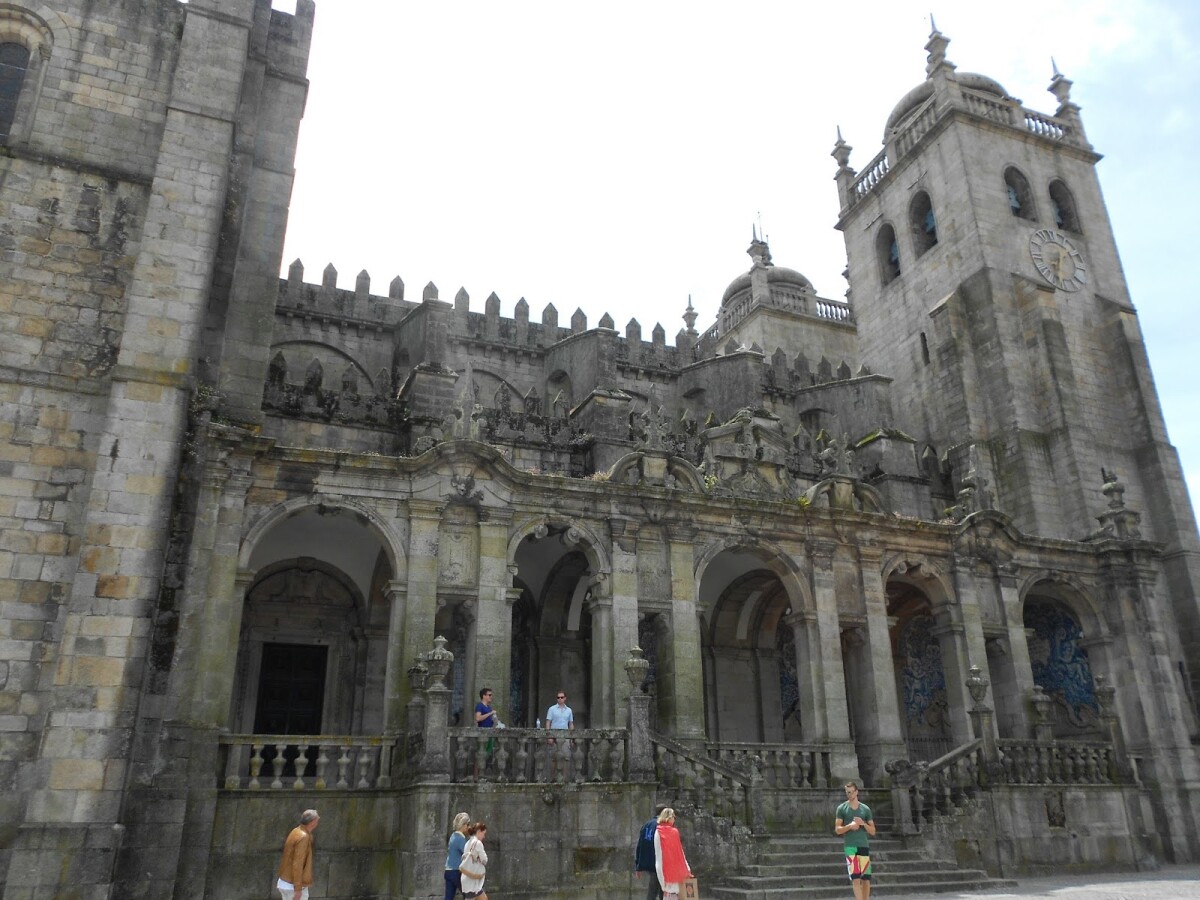 Where the main Cathedral of Porto now stands, there used to be an even older one, which is attested in the Chronicles of the 6th century ad. In the 8th century ad, the Muslims captured Porto, destroying the old primitive Cathedral. It took the re-conquest of the city by Christian knights in the early 12th century for the construction of a new Episcopal Cathedral to begin under the leadership of the French Bishop don Hugo. Subsequently, it underwent significant metamorphoses, each time adapting to the aesthetic taste of each era. The structure of the Cathedral is made in the form of a Latin cross, and the facade is presented in the Romanesque style. The main portal is formed by two pairs of columns, supporting the Central pediment with the statue of Nossa Senhora de Assunçao, the patron Saint of the Cathedral and the city of Porto. 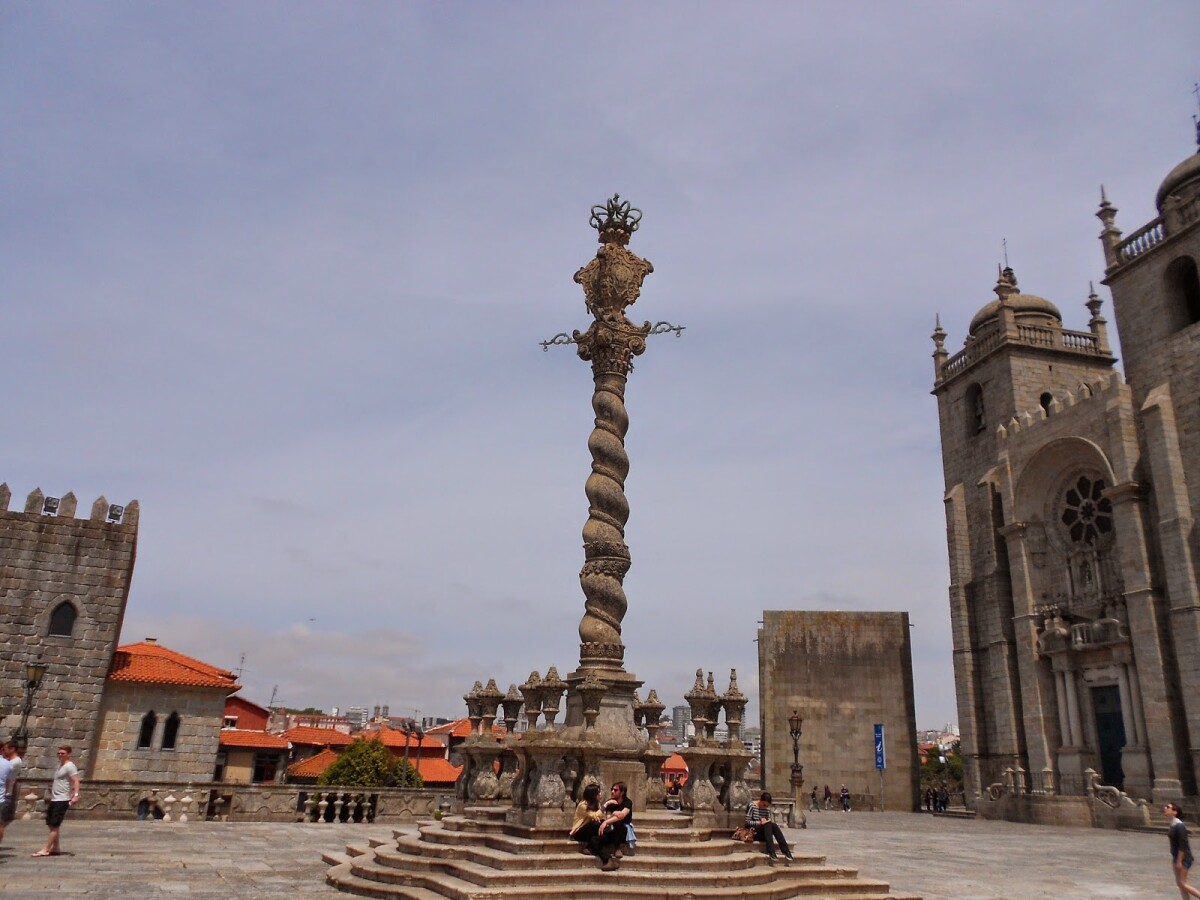 The Central part is visually divided into two halves and is surrounded by two high towers covered with domes, inside it is divided into three large parts, where the Central hall is marked by massive columns and vaulted ceilings. The light that penetrates into the Cathedral through the auxiliary Windows in the upper part helps to feel the entire monumetality of the structure. 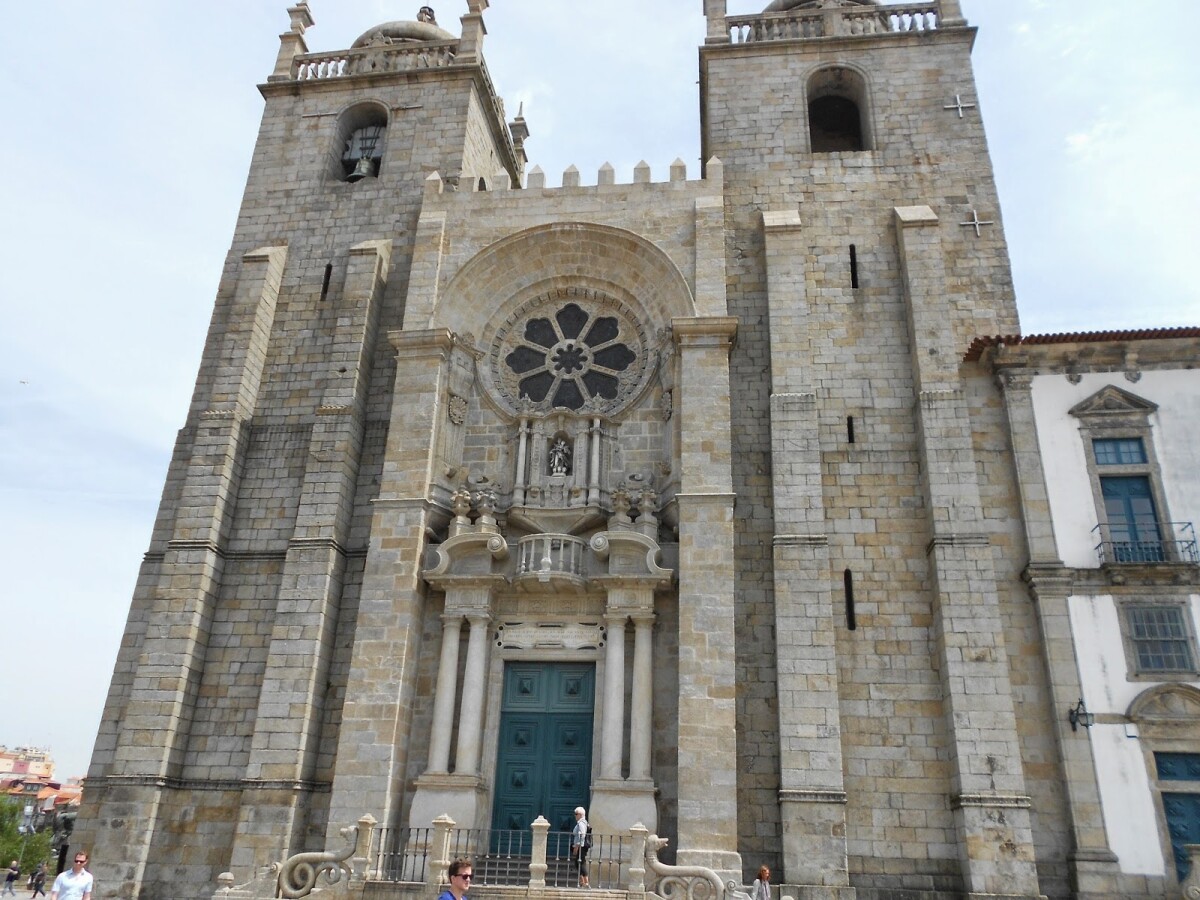 The Cathedral stands out for its rich interior decoration, among which a special place is occupied by the Baroque altar of the auxiliary chapel, which took 800 kg of silver and the diligence of the best jewelers of Porto and lamegu. Work on it was completed in 1727. And two years earlier, the leading architect of Porto at that time, Nicolo Nazoni, painted the walls of the chapel in perspective, thus creating the illusion of expanding space. 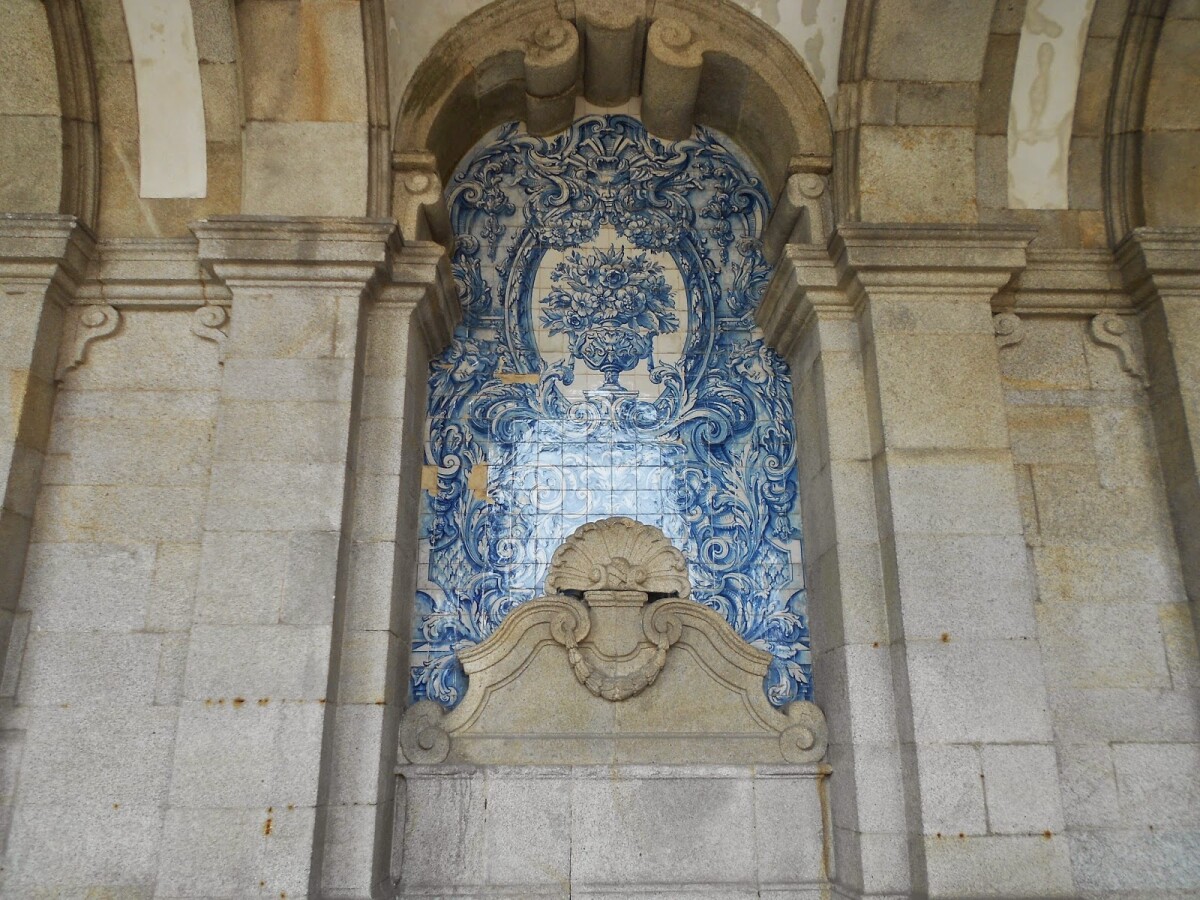 During the Napoleonic invasion of Portugal, the Baroque altar was saved in a clever way. In 1807, French troops under the command of General Junot entered the Port, stole all the silver from the altars, without touching the most important Treasury, which was previously covered with a thick layer of plaster. 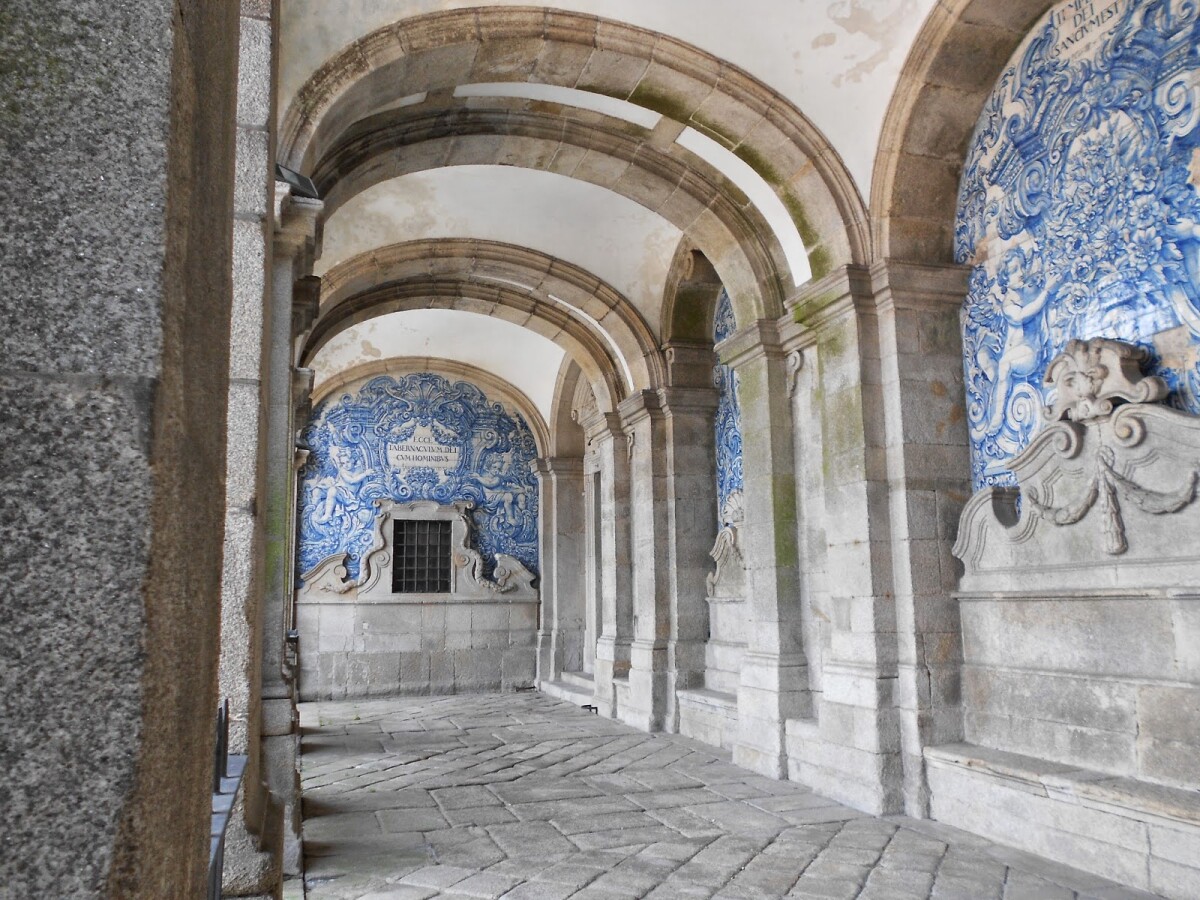 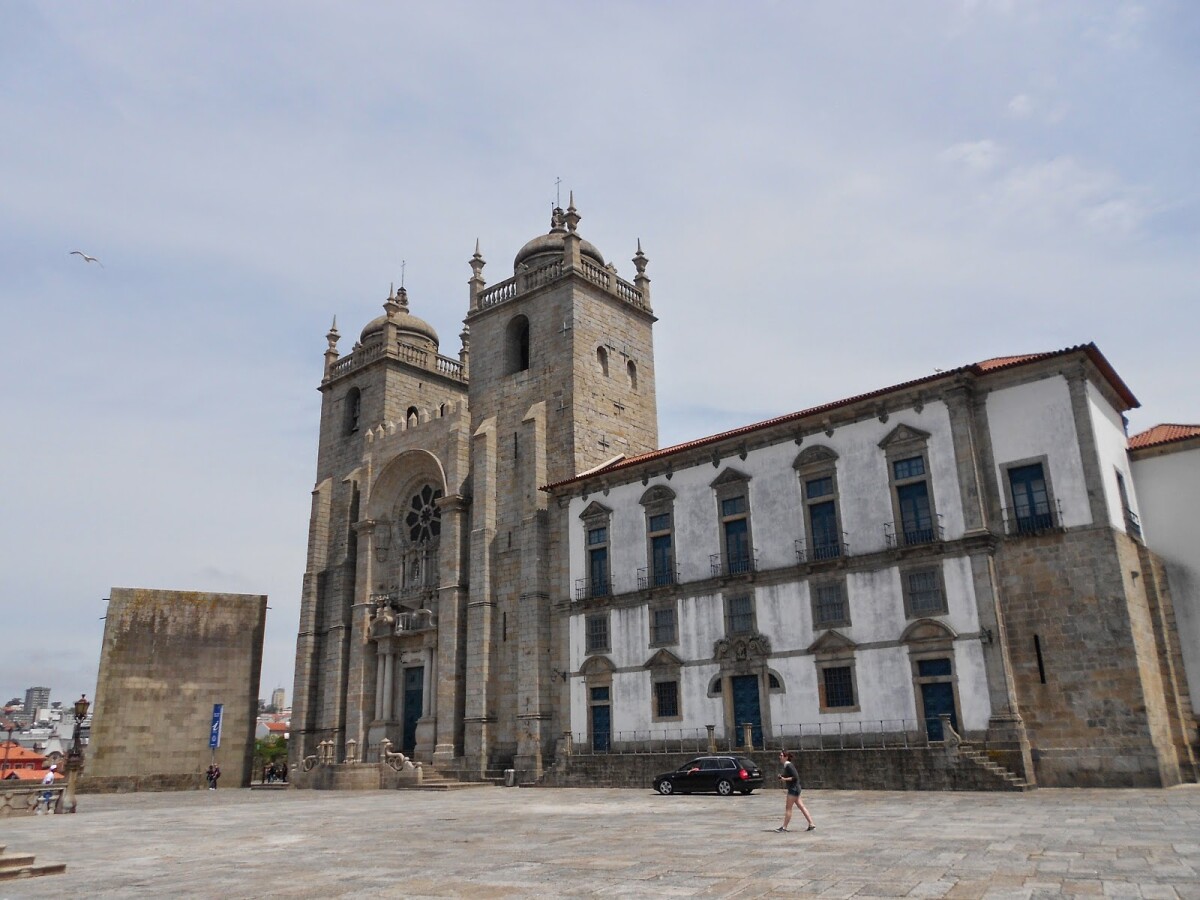 On the South side of the Cathedral is a charming courtyard (klaustru), made in the Gothic style. The walls are covered with Azulejos illustrating biblical scenes. It remains to add that the Cathedral of Porto is part of the Historical Center of Porto-a place classified by UNESCO in 1996 as a World Heritage of Humanity. 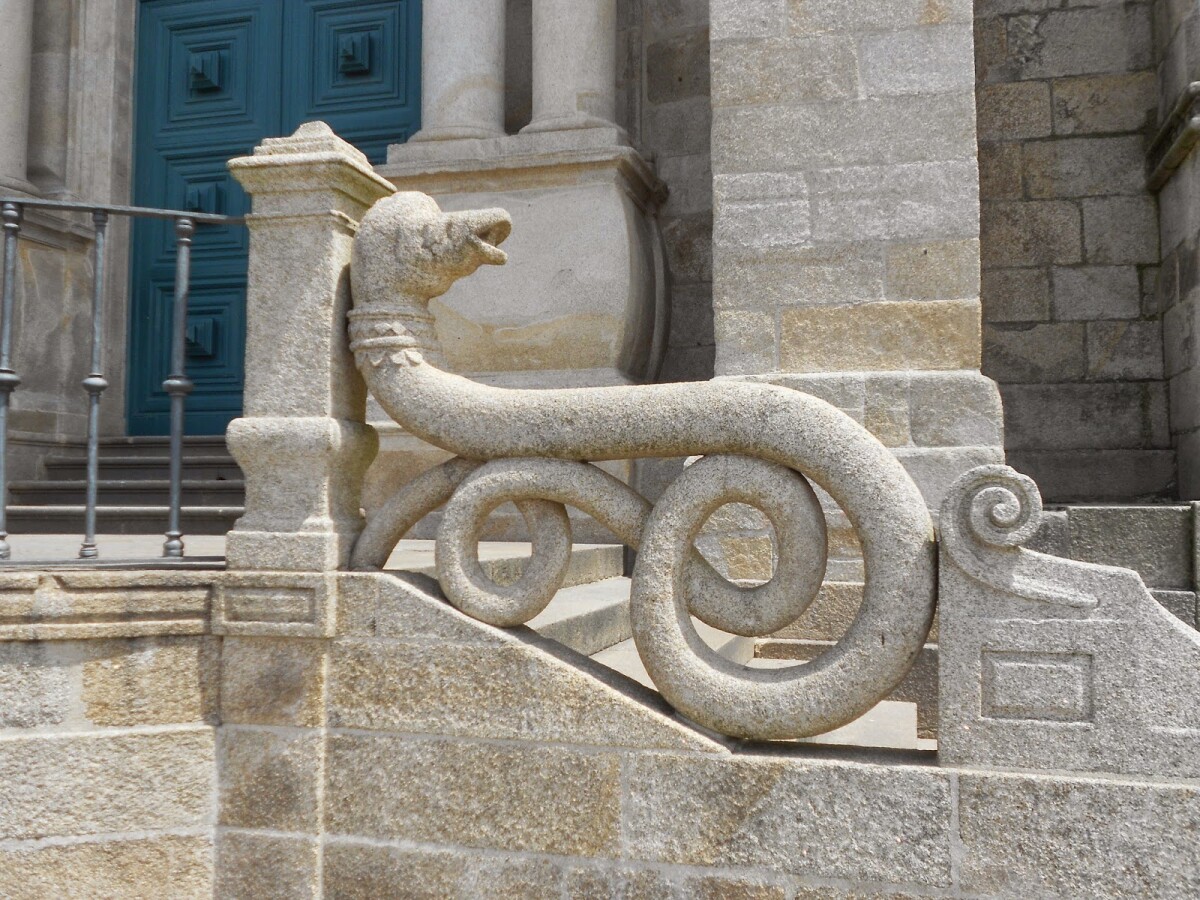 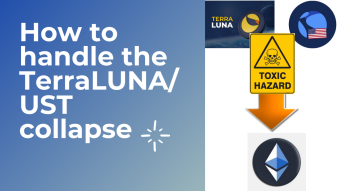 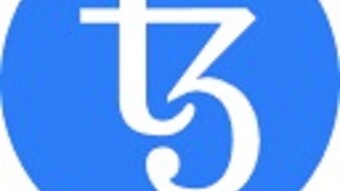