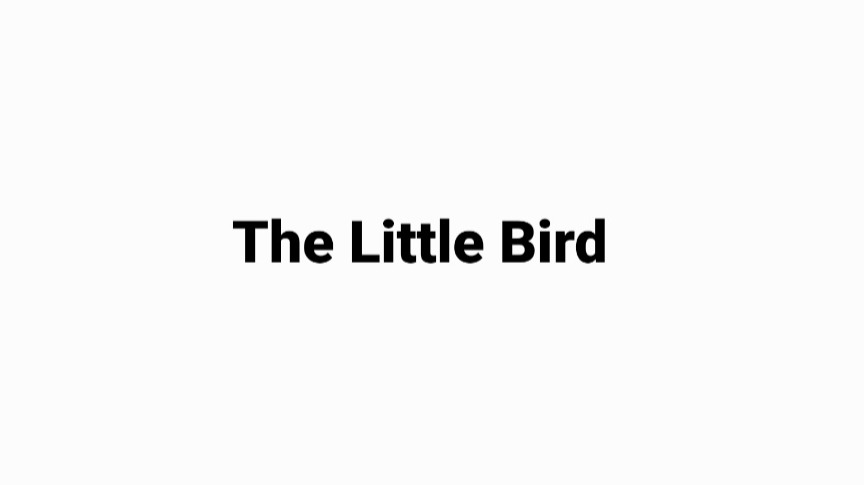 A little bird flew against my window. It lies still on the ground, confused, scared, unable to fly away. Potential danger from all directions.

I walk outside, pick up the little bird, hold it in my hand, and I believe he's alright.

For a second, he can see, as the little one looks at me, that the world is not so bad when you need help after hitting your head.

A little later, he decides to fly off, but still too weak, there he lies, dying in the grass, his short life an utter mess.

But he has seen daylight, experienced the world. He felt his mother's and father's love. He closes his eyes and calls it a day. He's been alive. That's more than some humans can say.