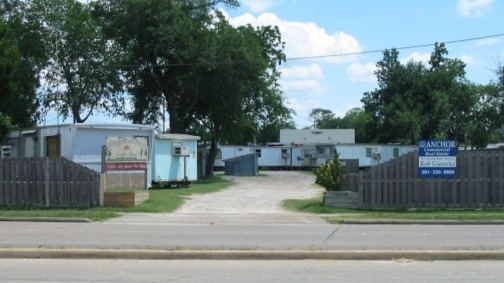 I remember that beautiful summer day in the Three Sisters Trailer Park in Creve-Coeur, Illinois; like a salesman remembers a pen. The skies were mostly clear; pillows of clouds billowed about. A gentle breeze swept gently through the trees and nearly perfectly aligned mobile homes. Inside our modest home, mother had prepared a feast that morning consisting of pancakes, eggs, and sausage patties. I ate quickly, knowing that my good friend Alex was waiting to play just across the gravel road. Mashing my last bite of food, I cleaned my plate and ran toward the door. As I was leaving, my mother shouted, “don’t forget your shoes again!” I heard her, paused, and then ignored the warning as I could no longer contain my enthusiasm for the day.

Alex was a bit of a vicious sort, but options were limited in those days. He was 8 or 9- I was six. He had the oddest haircut. It was a kind of lumpy, uneven bowl cut. I assumed this may have been but one source of his unpleasant demeanor. He greeted me by slapping me on the back, yelling “Where the f*** have you been buddy?” All us trailer boys had a bit of a mouth then- blame it on our parents if you must.

I noticed he had a monkey wrench in his hands and asked him why he had that. He replied, “I just want to go and hit some things with it.” Off we went, and nothing was safe from our joyous rampage. Rocks, trees, toys, cats, dogs, lizards, and frogs all tried to hide in vain from the mighty, swinging monkey wrench. I should have known I was next on the list judging by the eerie smile Alex wore. “Hey, look at that truck!” Alex shouted. I turned and felt a shockwave enter my spine. I immediately cried out, “Why, why would you do that? I’m telling!”

I ran to my trailer. I knew that my mother would set things right. Although I was stumbling, falling, and out of breath, I would not be caught. I knew the danger that lurked just behind me. How foolish was I to threaten such a beast? I arrived at my trailer and told my mother what had happened. Alex arrived just as I had finished my dissertation. I looked at him hoping he would think that my mother mysteriously knew what had happened, then I could profess my innocence to the tattle-telling allegations. To my horror, she demanded that we both wait while she went off to fetch his mother.

We stood in the kitchen, staring at each other; trading insults and swears. Suddenly Alex stepped closer to me than any human had done before. “Tell your Mother you are a liar or you will regret it” Alex whispered. I shook my head boldly and clenched my fists anticipating the fight. In a not-so-sudden movement, Alex placed his hands firmly on my shoulders; which I found tremendously confusing. Then he stepped on my feet with his heels digging in right at my toes. I clenched my teeth, ensuring there would be no sounds of pain. He could not hurt me again. Then, with two violent twists, I felt a fire ignite in my toes. I screeched out in pain that forced Alex into a playful smile. I looked down to see the three middle toes on each foot twisted and bent.

Once our Mothers arrived, I told them what had happened. His mother grimaced and yelled for him to “scooch” back home for a “grounding a whipping.” He went happily- darn near skipped all the way, it seemed. I felt relieved. I knew my mother’s encouraging words would heal my wounds and soul. “You can’t play with him anymore and you're grounded for two weeks,” my mother said. I said incredulously, “what for?” Then came the lesson that would last a lifetime. “I told you to put on shoes before you left; perhaps next time you’ll listen to me,” she said, then casually went about her day.

My toes are still twisted and bent to this day; my Mothers advice still rings true. I never leave the house without my shoes.