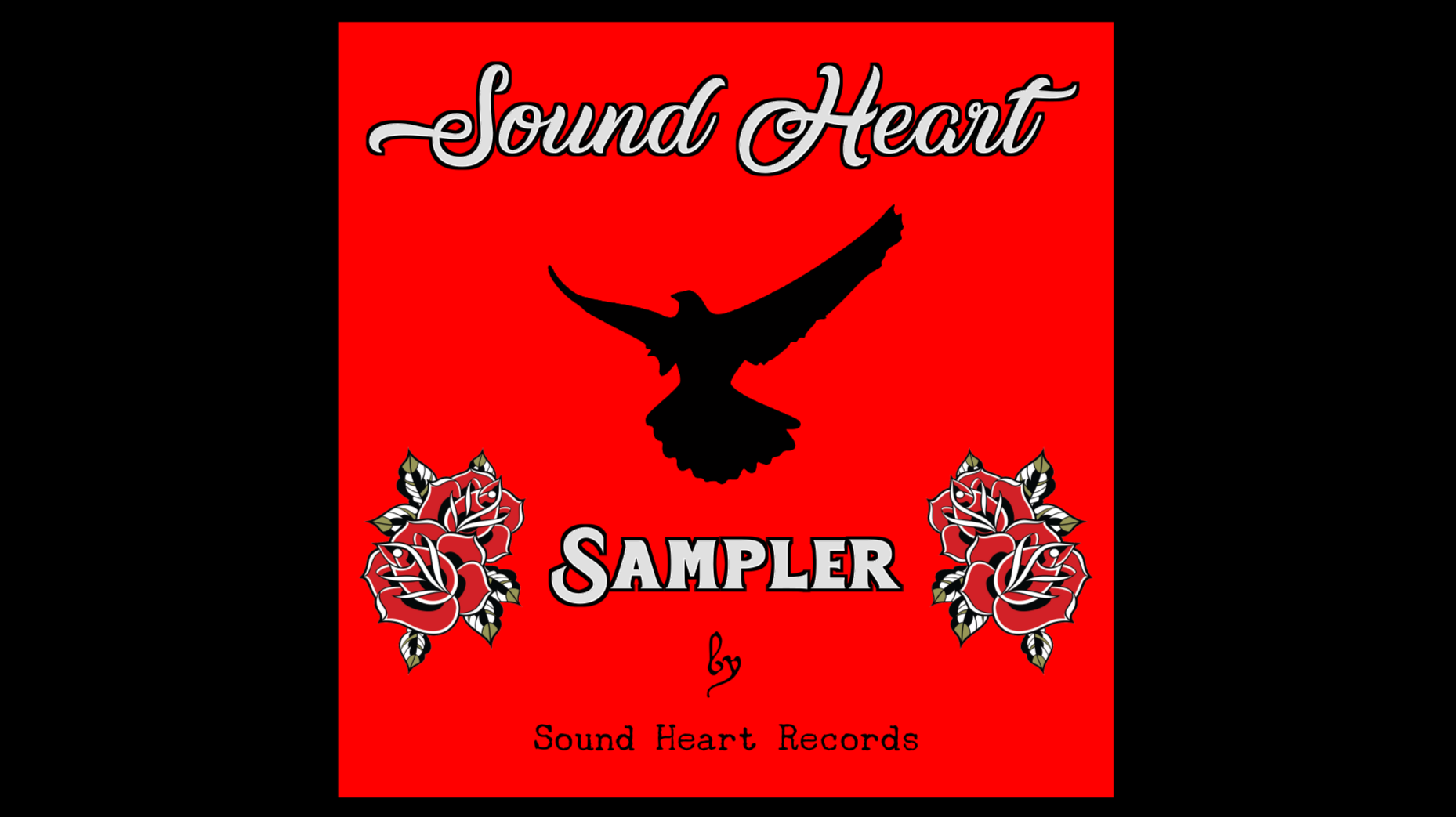 My friend in Ft. Worth just released a new album, so I figured it's time for another Sound Heart Sampler reboot.  This will make the 5th reboot.  The first 3 are in fact "Alcoholic Clown Samplers," since the label used to be called Alcoholic Clown Records.  "Alcoholic Clown Records" was a product (or possibly side-effect) of the days when I used to believe there was strength in "owning" your weakness.  In order to overcome your incapacity, you have to amplify it, or embrace it, or something.  It's a ridiculous theory, one which makes a lot of sense when you're loaded all the time.  Once you realize the absurd folly of it, and that the best way to overcome a vice or sin is to abandon it, you pour the entire works like a bottle of Nighttrain into the sink, never to be seen again.

So when I got sober in 2014, it wasn't long before I changed the name of the label to "Sound Heart Records."  The exact opposite of "Alcoholic Clown."

"The Clown" got reviewed about a million years ago by a newspaper in San Diego.  One of the things the writer mentioned was that there wasn't any obvious connection between any of the acts; the label doesn't seem to follow any genre or consistent musical style.  And it doesn't.

What holds SHR together is the same thing that used to hold "The Clown" together:  Everybody on it is, or was, a close personal friend of mine who also happens to be a musical artist that could by all rights be a household name.  And, in my opinion, should be.  I've met dozens of people who meet that criterion, and you probably haven't heard of any of them.  In fact the intended purpose of the label was to be a mutual-promotion scheme for me and my unsigned friends.  Lacking any kind of capital by which I could start an actual record label, "The Clown" began as a way of looking signed, more or less, to anyone who isn't paying that much attention to the lack of a bar code, or the grainy, hand-cut album covers, made with a gluestick and pair of scissors over a copy machine on Sunset Blvd.  The album covers never did fit perfectly into the jewel cases.

Most of the people who were on it never bothered to actually stick a Clown label on their albums, since everybody already had their own labels and/or publishing companies.  So "The Clown" became an exercise in releasing sampler albums for promotional purposes.

I enjoy making albums very much.  The challenge of sticking a bunch of songs together that don't have anything to do with each other is no less enjoyable.

So before this article gets any longer, let's talk about the people on the newest incarnation of the Sound Heart Sampler.

The album starts with "San Francisco" by Fast Heart Mart, one of my all-time favorite songs.  I've known Martin so long I can't remember when I met him, but he gave me a copy of Depression Proof at a truckstop in Tonopah, AZ, or maybe it was another album.  Actually, it was another album he gave me that time.  At any rate, it's a great song.  Read more about how Fast Heart Mart saved one of my shows in Los Angeles in the article A Bad Show Is Better Than A Good Practice from my old blog, and look him up on all the assorted media tubes.  He's a world-class songwriter and performer and needs to be heard.  We haven't spoken in years, but never had a proper falling-out; decades of being ignored gets old for everyone, and after awhile you get tired of vans and tip jars and parking lots and "real jobs," and things fall apart.  But that's no reason for you not to become a fan of his immediately.

The next couple songs are by Izzy Cox, whom you can read about on the "Creatures" page of the Sound Heart Records website.  She died several years ago of pancreatic cancer, and had a thing for Satan, unfortunately.  Great artist, though.

Trey Blake is a chick from Brighton, England who appears on my album Stupid Old Heart.  She performs her own poetry on "Untitled Lovers," and provides background vocals for a few other songs.  "Free Me Love" is yet another one of my all-time favorite songs.  My friend in Guadalajara had this to say about it:

"'Free Me Love' is haunting.  It makes me feel like I'm driving through the desert at night, maybe in a David Lynch movie, and pulling into an abandoned desert motel.  There's a lady there, reading tarot cards, writing a novel, and living there with her giant tattooed boa constrictor.  The lighting is low, and there's old posters of gothic rock bands on the cracked walls, piles of books, lava lamps, and cluttered Americana strewn about the place.  I really liked that song."

Babihed is a band from Denver for whom my friend Bill plays bass.  I don't know the band at all, but Bill is a good friend of mine.  "11 Gauge" is dirty, raunchy, badass rock 'n roll.  Listen at yr own risk.

"Juggernut" was the stage name of a guy I met in L.A., but who really hit his stride when he moved to NYC.  He is one of the straightest people I've ever met, but was a male stripper in Atlanta for awhile.  I played bass in his band, when I got back to L.A. after one of my many attempts to live in San Francisco.  He was living with some teenage Asian chick, who was the guitar player in his new punk band, and we all lived together in a small concrete apartment on Hollywood & Gower.  I inadvertently helped him write "Cockroaches In My Cocaine," the electro-metal masterpiece that appears on the sampler.  He had a crappy synthesizer keyboard that had all kinds of cheap stickers on it, and cracked keys like broken teeth, and had this poem about cockroaches in his drugs that he wanted to put to music.  I played some kind of riff in Cm, with no idea whatsoever what he wanted, and he shouted, "that's it!"  The throwaway line became the main bassline for the song.  He took the song to NYC and found a guy with production skills to make this track.

At any rate, the vibes went dark while I was living with him and his girlfriend in the tiny studio apartment in Hollywood.  There was some drugs, some cutting, some Jägermeister.... the vibes got bad, so I threw the bass out the window and tore an American flag to shreds and then there was peace.  The band didn't go anywhere with me in it, but "Juggernut" moved to NYC, made a suit that looked like a testicle, and started playing chaotic electro-puke in places like the Bowery Poetry Club.  He became fairly well-known.  The last time I saw him was in 2006, on Broadway in Brooklyn, under the elevated train tracks, with all the corrugated aluminum storefront doors pulled down behind him.  I knew I was never going to see him again, and so I absorbed the moment to the point of sensory overload so as not to forget anything.  I mention him in "When You Go To Hell," because I love him.  I only mention a few people by name in that song, people whose work I appreciate at some level.  Everybody else is a tragicomic archetype of one kind or another.  Listen to it here:

Denver Williams is a songwriter and performer from Ft. Worth, Texas who invited me down to play a show at his friend's house, which they'd given the unfortunate name of the "Pig Summoning Wizard House."  In fact it was him and his friend from Chillamundo who extended the invitation.  I seriously considered not doing the show, because I don't really want to bring any pig wizard spirits into my life, but decided to do the show anyway.  Not only because I'm a rock band, and playing in dens of disrepute is part of the job, but also because God is with me, and didn't tell me not to do it.  If He had, I wouldn't have.

Fortunately, there was a duck pond in the back of the house when I got there, so I immediately re-named the house the "Duck Pond Plantation."  It turned out to be my last show in the U.S. to date.

Not that I'm thinking of returning to the U.S.  I would be surprised to the point of being aggressively resistant to the idea, but you never know.

Vril Veritas is or was the band of my old friend Chris from Chicago.  He'd been my bassist in the late 90's/early 2000's, and appears on some very early demo recordings from the Breakfast At Cuneo's Drive-In collections.  He moved to Phoenix at some point, and responded to an ad I'd posted on Craigslist there, looking for a band, or a drummer, probably.  We hung out a few times, and shared a show at the Tempe Tavern.  He'd branded his music "dad-core," and gave me a copy of his album Soft Power.  He was always a true artist, and in fact played bass for some band called the Fruit Bats at some point; I went to one of their shows in Austin when I was a cabdriver there.  I don't remember if I hung out for the show or not.  But we had a great show in Tempe, and I hope he's doing as well as can be expected in this dark, ridiculous age.

So that's the lineup.  I hope you enjoy the sampler, and thanks for listening! 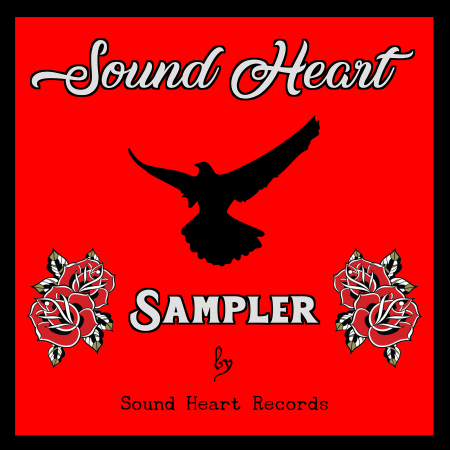