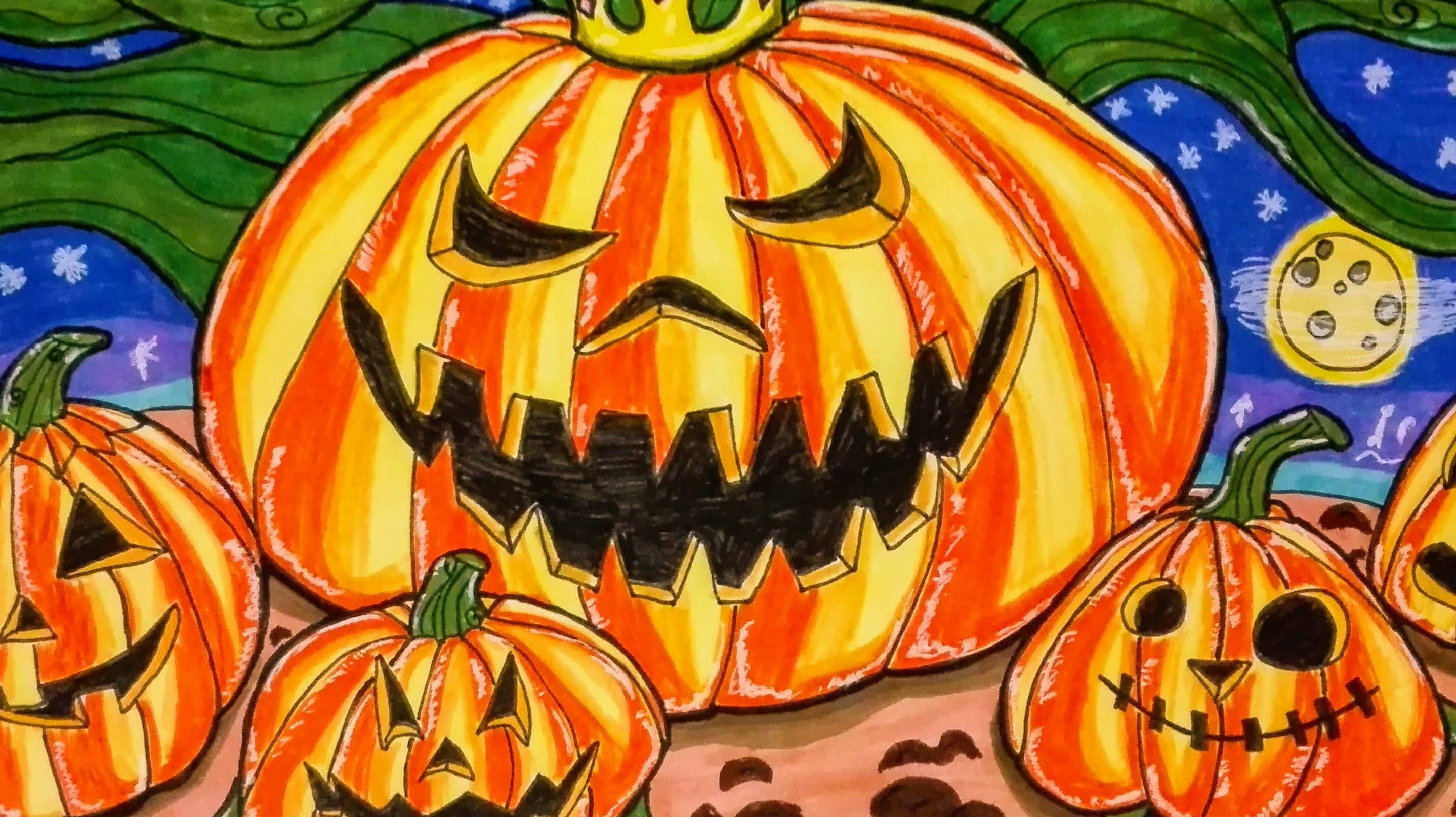 So I finally did it, I finished my first drawtober prompt! For those who don´t know there is an art challenge on twitter, where you´re given 6 prompts with a Halloween theme and have several days to post a single prompt instead of everyday.

First prompt is carvings so this is what I came up with: 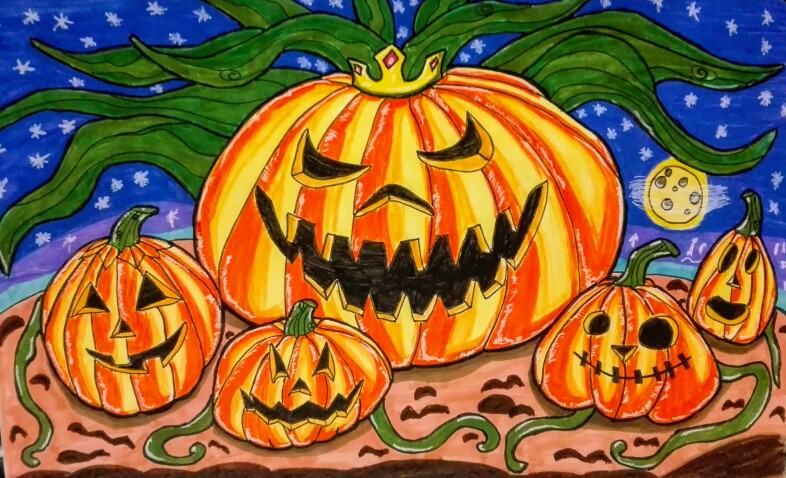 I drew a Monstrous Pumpkin King and his minions.

This is how I made it: 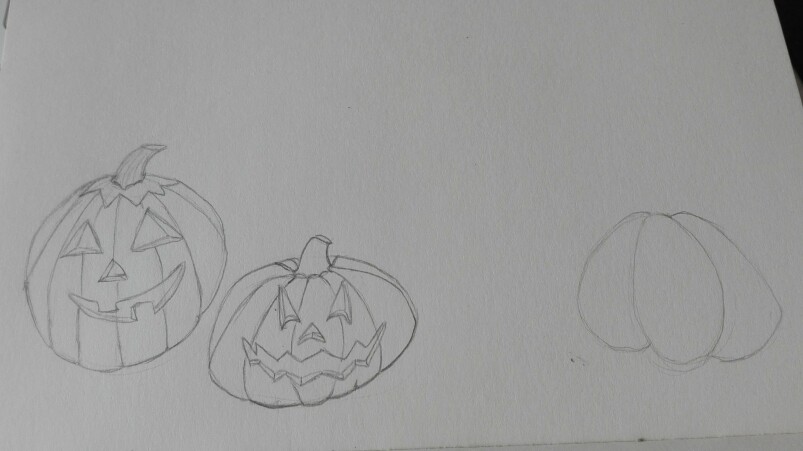 I first started with the smaller pumpkins. I used a pencil first. The shapes were simple enough. I started by drawing circles, then the ribs on the pumpkin, the stalk, and the face. I added small lines on the eyes and mouth to give it a more 3d look. 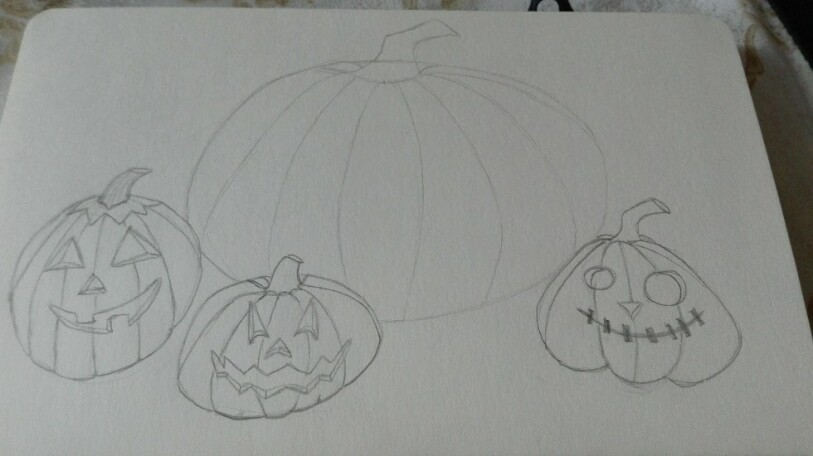 Then I drew what is going to become our pumpkin king here. Note he only has a single stalk instead of multiple tentacle ones. That´s because I was still trying to figure out his design. I only got the idea of making tentacle-like vines after watching a video about Medievil that has like a Pumking Boss. I´d figure it would make it more menacing. 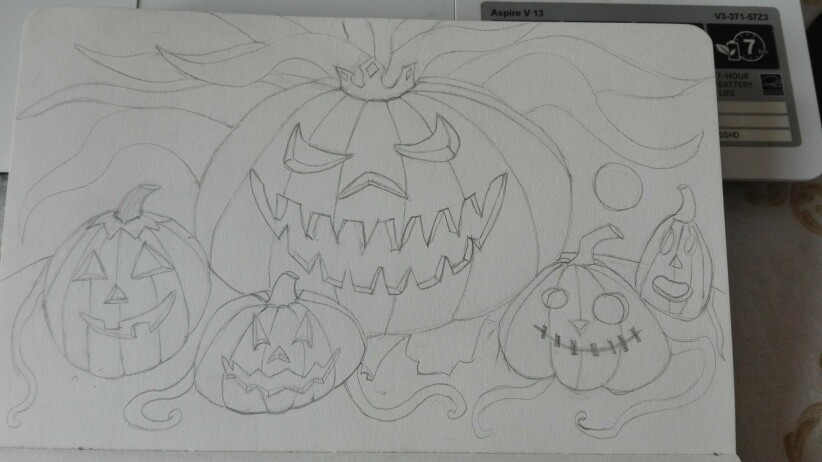 I drew some details, like small vines. I decided to put them on a small pumpkin patch match under a full moon. I decided one stalk and decided to give the King a crown. 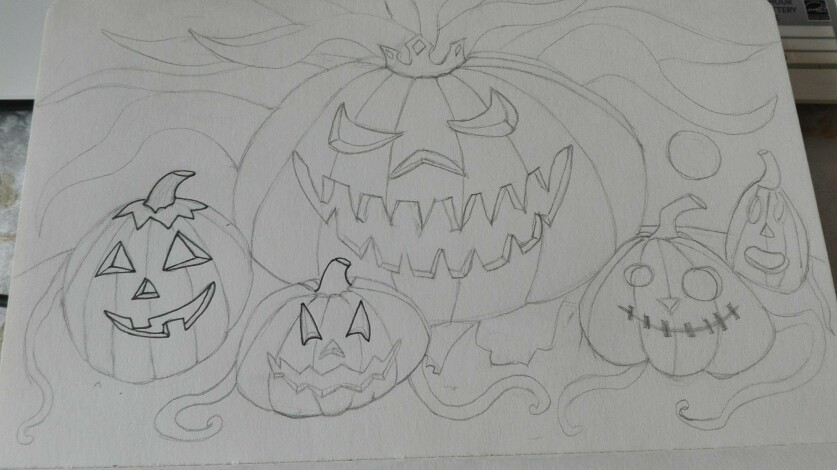 After I was satisfied with my design, I started to fill the art lining with a 0.5mm fine liner pen. This was the result: 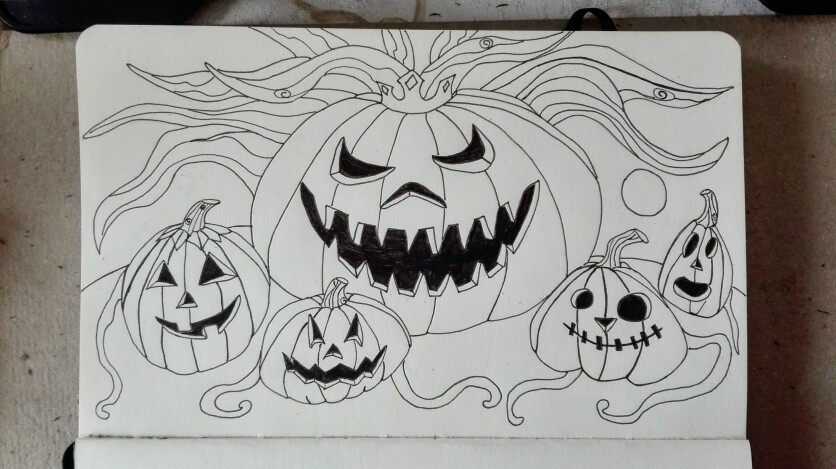 At this point I was hesitant to color it. Part of me wanted to just leave it as it is, just drew a couple of more lines to add some detail. See, I only barely touched color since I started to draw, and feared that I might not like the result. But on the other hand, I was like what do I have to lose? If I never tackle it, then how am I gonna learn? Plus it looks much more interesting if it was colorful. This is a Halloween style drawing after all.

So, I did a bit of research and settle for using markers. I used this helpful tutorial as a guide.

The type of markers I used was alcohol-based, I picked them because I was told they might blend colors better. I start with a yellow-based color, then light orange, and then a darker orange. I left a bit of yellow showing as a highlight.

Pro-tip: It´s best to use three colors, with the one in the middle as midrange than just a light and dark color, otherwise the blending won´t look as organic.

I also used light and dark browns for the soil and the details. And I used a midrange brown color to create some shadows at the base of the pumpkins.

I finalized it by using a white gel pen to draw the stars and add some highlights. I also went over some of the lines again with a fineliner to make them thicker, so that they can stand out more from the background.

So, there you have it, one Halloween drawing colored by markers. It actually went better than I imagined. Still wished I could blend a bit better, but it was a fun challenge. It took me about three days to finish this, and thank god drawtober doesn´t expect you to make a drawing every day. Hope you guys enjoy reading my drawing process.

Publish0X (If you´re on this site for the first time, what are you waiting for, create an account and start earning for your content):https://www.publish0x.com?a=pnelG6VdKB