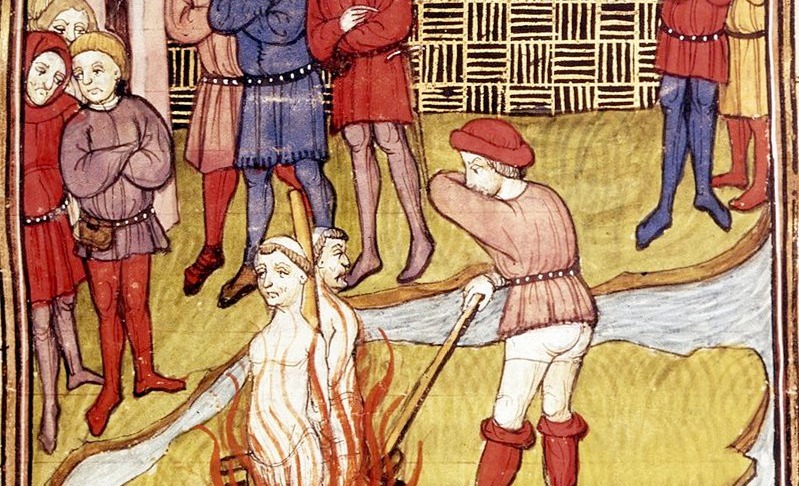 Folklore and Superstition of Friday The 13th

This famous superstition happened on Friday, 13 October 1307, on this day, King Philip IV of France arrested and tortured hundreds of the Knights Templar. Many of the Knights Templar just vanished! They were a special forces unit that were highly skilled, they fought and organised the crusades.

The ones that didn’t fight the Non-combatant members of the order directed a large economic infrastructure throughout Christendom, developing innovative financial methods that were an early form of finance, and constructing fortifications across Europe and the Holy Land. The Templars being closely tied to the Crusades; when the Holy Land was lost, support for the order dwindled. Too bad the Templars did not have Bitcoin or decentralized Crypto currency back then as well as internet.

Rumours about the Templars’ secret initiation ceremony caused suspicion, and King Philip IV of France – deeply in debt to the order – took advantage of the situation to gain control over them. Pope Clement V disbanded the order in 1312 influenced by King Philip 1V. Maurice Druon comments on this in his historical novel The Iron King (Le Roi de fer), John J. Robinson’s 1989 work Born in Blood: The Lost Secrets of Freemasonry, Dan Brown’s 2003 novel The Da Vinci Code and Steve Berry’s The Templar Legacy (2006).

Another reason Friday the thirteenth was considered unlucky was that Christians feared Friday the thirteenth as it was the day of Jesus Christ’s last supper before his disciple Judas traded Jesus into the Roman guard’s shackles, for fifty pieces of silver to be crucified. The number 12 represents Christ’s inner group of disciples and the Christ was the 13th which is a sacred astrology symbol of the Sun or Son encircled by the 12 Zodiac signs in the heavens.

Some cultures like the Greeks feared the number thirteen as well as Tuesday the god Ares is a war day. This is due to the day Constantinople fell to the Ottomans. April 13 1204.

In the past, Italians frowned upon the 17th due to the origin of writing the number 17, in Roman numerals: XVII. By intermixing the digits of the number one can easily get the word VIXI (“I have lived”, implying death in the present), an omen of bad luck. However, they found the 13th day lucky.

Pagans deemed Friday the 13th as good fortune.The Celts used the Harvest Moon as an indicator the period before Samhain a sign of good luck.  Folks during the Harvest Moon, would enjoy merry-making to celebrate a bountiful harvest. The Harvest Moon was a good time for pyromancy. 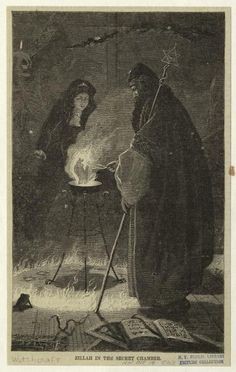 Friday was considered lucky by the Old Norse folks as a good day to be married, since Odin’s wife Frigga a Norse goddess in her own right, is the originator of this day.

Friday The 13th in Folklore is on a Full Harvest moon this year. 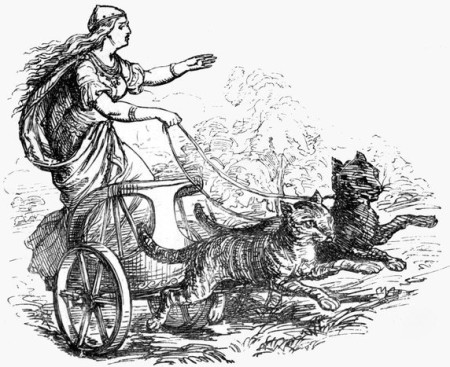 Freya the Norse Vanir goddess of sorcery who taught Odin magic, is of the sixth day, and is portrayed with her sacred animals, her cats named, Bygul & Trjegul.

Ergo, the Inquisitions of Europe, the UK, eastern US where both women and men were burned at the stake, hanged, tortured and drowned after being accused and tried of witchcraft hyped up by the paranoid, competitive priests of Roman Catholicism & Protestantism.

Let’s not forget that several of the UK and European churches were built over pagan sacred sites.

The Chinese consider the number thirteen to be a sign of good fortune, not bad luck. Friday or Shukravar is revered to Shakti, the Mother Goddess of the Hindus which in turn consider this day to be lucky.

The number thirteen represents the full moons in a year, it can be correlated to the lunar cycle and is identified with the moon goddesses, Greek: Diana, Hekate, Selene, Celtic: Cerridwen, China: Chanģ O Lady. The Norse god Máni is a moon god and is where the term “Man in the moon,” may have originated from.

The 12 signs of the Zodiac with the sun in the centre adds up to 13 which represents new life and the growth of trees and plants.

Note: Please remember to Keep your black cats and dogs inside to keep them safe from harm during Friday the 13th.

Enjoy Friday the 13th and Please do NOT Drink & Drive 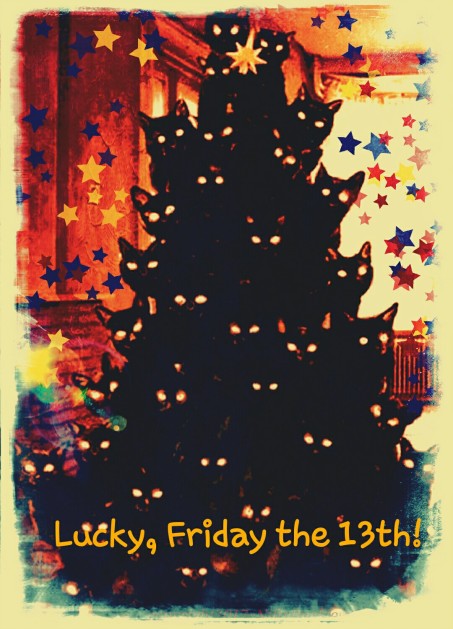 Cover image: Jacques de Molay sentenced to the stake in 1314, from the Chronicle of France or of St Denis (fourteenth century). Note the shape of the island, representing the (Island of the City) in the Seine, where the executions took place. Wiki Commons Public Domain.

Hi! I'm Nifty Buckles of Folklore Fun Folklore Blogger & Fiction Writer. Snatched by a weaver of weird, a tipsy Clurichan crafted my magical Nifty Buckles. I enjoy writing and sharing Folklore from around the world. Follow me on Mastodon @NiftyBuckles