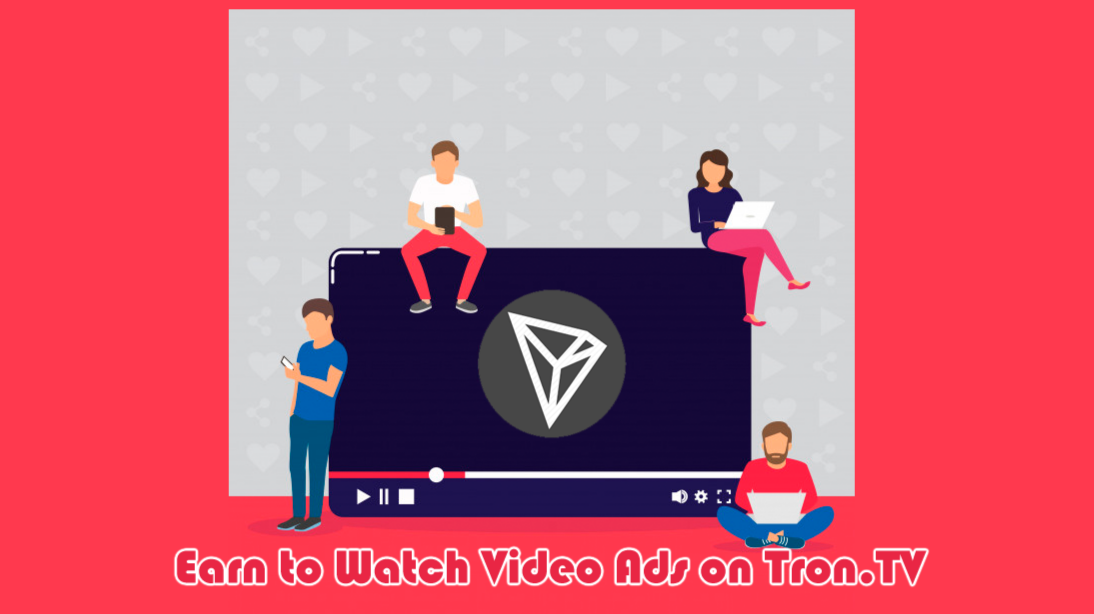 Tron is Planning to Incentivize Tron.TV to Provide Viewers a Way to Earn Money

The CEO of Tron Network, Justin Sun, just recently unveiled some indefinite information about the future of Tron.TV. On his Tweet, he teased a plan to monetize the program by providing viewers a way to earn Bittorent (BTT) or US dollars (USD) just by watching video ads. 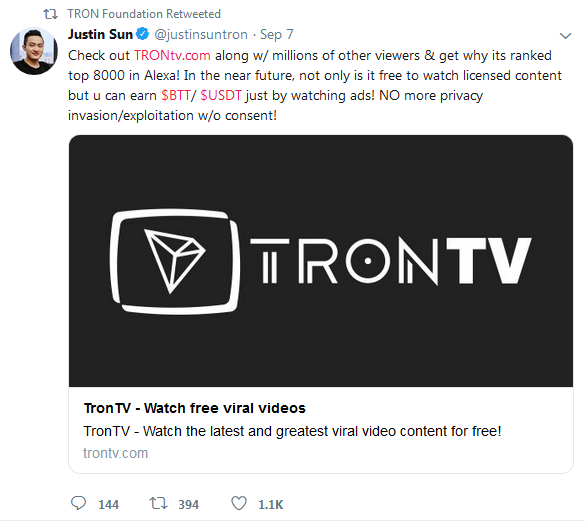 Tron.TV Contents
All of Tron.TV videos are free licensed contents that cater to the basic interests of viewers from all walks of life. These include entertainment, food, sports, travel, viral videos, cartoons, TV series, games and movie trailers.

Groundbreaking Progress
Lately, Tron Foundation released a weekly report that highlighted the surging volume of new Dapps built in the Tron blockchain. Such massive increase brought a refreshing air to counter the unfortunate events that transpired from recent months. Tron also managed to add TRX and its native tokens Bittorent and Wink (WIN) to be listed on several exchanges such as IDAX, Dragon eX and Cryptofacil Exchange.

Unflinching Commitment
The announcement may have not revealed much information about the plan nor the timeline of its launch. But for Tron enthusiasts, this is more than enough to give them some invaluable insights as to where the Tron Foundation is heading to. It seems that the team behind Tron is adamantly pushing their way to tread the roadmap that they laid out regardless of controversies. Fixing their attention only on reaching the pinnacle of what they envisioned for the Tron blockchain.