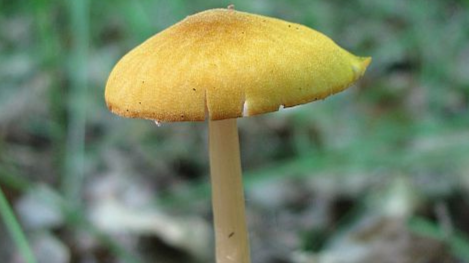 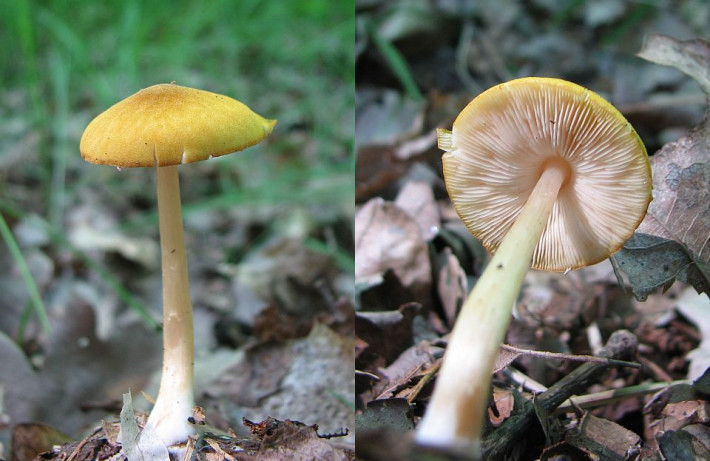 Stem in its youth white, later yellowish, browning at the base; cylindrical, thickening and bent at the bottom; 40-90 mm high, up to 7 mm thick; longitudinally fibrous, glassy, ​​fragile, full when young, then hollow.

Occurrence: In deciduous and mixed forests, on deciduous deciduous trees, especially on beech, less often on coniferous ones. Sometimes seemingly on the ground and in fact on the remnants of wood decaying in the soil. It usually grows singly from June to September. Uncommon.