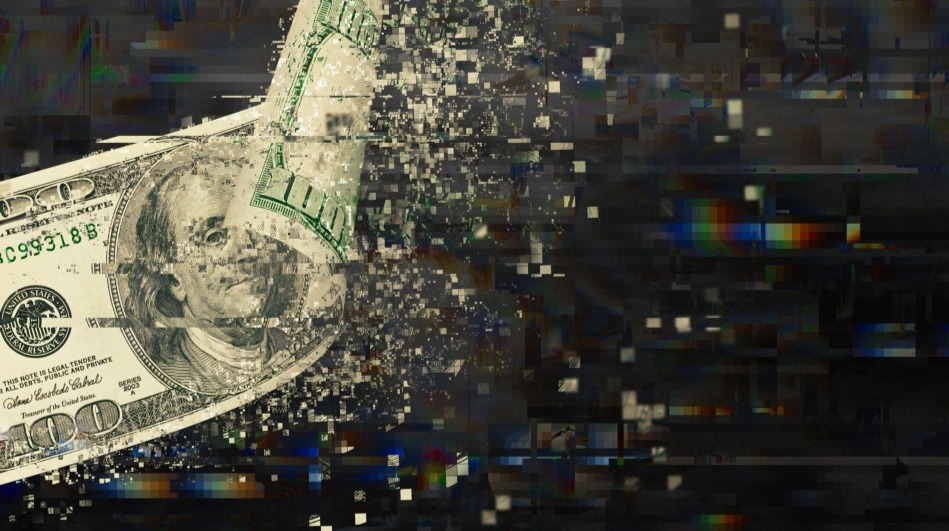 National Digital Currency: The Next Step of Blockchain Evolution.

Recently Philadelphia’s Federal Reserve bank president Patrick Harker came out with a remarkable statement that it is “inevitable” for the central banks, including the U.S. Federal Reserve, to start issuing digital currency. This is a great leap for blockchain from being labeled as a Ponzi in the past and now attaining a status of legitimacy.

As per a research report published by Bank for International Settlements (BIS), 70% of banks are engaged in or about to start CBDC work and of these more than half are exploring both general purpose and wholesale CBDCs.

Lets first have a look into the concept of digital currency. As correctly quoted by IBM

A central bank digital currency is a digital extension of a central bank’s medium of exchangeable to permanently settle transactions between parties. The central bank is able to remove credit risk and ensure stability by guaranteeing the value of the CBDC with blockchain, exactly like paper money. Venezuela was the first country to introduce a national digital currency named Petro. Petro was introduced as an oil-backed state cryptocurrency with an initial circulation of 100 million Petros with the value of a single barrel of oil backing each token. It was designed in such a way that Petro will allow the Venezuelan government to sell their oil in exchange for their Petro cryptocurrency and bypass the sanctions imposed by the US at the same time.

As per Nicolás Maduro, President of Venezuela:

“In 2019 we are scheduled to sell crude oil for Petro and in this way continue to free us from a currency that the elite of Washington uses.”

Petro has a good debut with investors buying Petro worth $735 million( As claimed by Nicolás Maduro). Irrespective of having a good start, there is little information provided by the government on the current status of the project or its use case.

When it comes to blockchain adoption China takes the lead. It’s been a known fact that China was not so supportive of cryptocurrency ICO’s, trading, mining and all, but they have a clear focus to embrace the good features of blockchain technology.

Since 2014, The People’s Bank of China (PBOC), has been researching to introduce a digital currency for China. Once Facebook plans of introducing Libra came into the picture, PBOC went into hyperdrive with the DCEP (Digitial Currency Electronic Payment, DC/EP) project.

Its been rumored that DCEP will be pegged 1:1 to the Chinese National Currency — the RenMinBi (RMB). The main objective of DCEP is to challenge the global dominance of USD. As per the latest communication, the currency is almost ready to be launched. On Nov 9, The news came out regarding Tunisia’s E-Dinar. As per the news, Tunisia was going to be the first country to migrate its national currency to a blockchain platform. As per the initial reports, Universa was inline to help with the issuance as well as managing Tunisia’s Central Bank Digital Currency (CBDC).

Later on Nov 12, Tunisia denied the news about E-Dinar.

The [Central Bank of Tunisia] has not engaged any relationship, of any kind, with any national or foreign provider with the aim of creating any digital currency.”

But the bank did admit that

“The bank is studying the opportunities and risks inherent in these new technologies, particularly in terms of cyber security and financial stability.”

The Universa came out with a statement that they are working on uDinar which is not a CBDC.

As per the CEO Alexander Borodich

“On the 7th November Universa Hub Africa have launched uDinar, backed by Tunisian Dinar, as a Proof-of-Concept [PoC]. The PoC app is using decentralized ledger technology based on local blockchain hosted by Tunisian Agency of Internet. The Agency is our partner in terms of Universa Solutions in Tunisia.”

As per a Bank of England (BoE) report titled “Staff Working Paper №725, Central bank digital currencies — design principles and balance sheet implications”, BOE has openly accepted that they are researching on CBDC.

Bank of England states that

“We find that if the introduction of CBDC follows a set of core principles, bank funding is not necessarily reduced, credit and liquidity provision to the private sector need not contract, and the risk of a system-wide run from bank deposits to CBDC is addressed”. As per the latest draft titled “Banning of Cryptocurrency and Regulation of Official Digital Currency Bill 2019”, the study panel proposed a 10-year prison sentence for persons who “mine, generate, hold, sell, transfer, dispose of, issue or deal in cryptocurrencies.

But, the draft designed by Subhash Chandra Garg also moots for the introduction of an official digital currency with the status of a legal tender and appropriately regulated by the Reserve Bank of India.

As per Subhash Chandra Garg,

Committee is very receptive and supportive of distributed ledger technologies and recommends its widespread use in delivering financial services. It also opens up door for a possible official digital rupee. Private crypto currencies are of no real value. Rightly banned. Sweden’s Central bank, the Riksbank, is mulling the idea of the issuance of CBDC termed as e-krona since 2017.

The use of banknotes and coins is declining in society. At the same time, technological advances concerning electronic money and payment methods are proceeding rapidly. The Riksbank is, therefore, investigating whether Swedish kronor need to be made available in electronic form, the so-called e-krona. No decisions have yet been taken on issuing an e-krona. Perucoin as an ERC-20 Token was issued by Bits2u and was termed as the Virtual Currency for Peru and Foreigners.

“PeruCoin will become the only digital currency in the nation, with rapid growth in South America. The ability to cross-sell and offer global access to people will be an extremely valuable and strategic combination.”

This was not a CBDC, but it was rumored to have the backing of Gov but was not able to leave any impact and vanished.

As per a joint press release from SAMA ( Saudi Arabian Monetary Authority and United Arab Emirates Central Bank (UAECB), ABER was launched to provide financial settlements between the Kingdom of Saudi Arabia and UAE through Blockchains and Distributed Ledgers technologies.

There are also studies going on in the United Arab Emirates to launch a CBDC termed as enCash which be the digital payment solution in the future for Dubai.

CBDC is the next evolution stage for money. Most of the countries are now moving away from the old form of cash transaction and strongly promoting a cashless economy and digital transfers are gaining more traction.

One of the greatest concerns when it comes to CBDC was the scalability factor. Recent main net and test net results of leading projects like Aelf, Binace chain, Zilliqa, etc are almost there to resolve the scalability issues. There will be no doubt that we will be seeing more positive approach from Central banks to look into the concept of issuance of CBDC in the future.