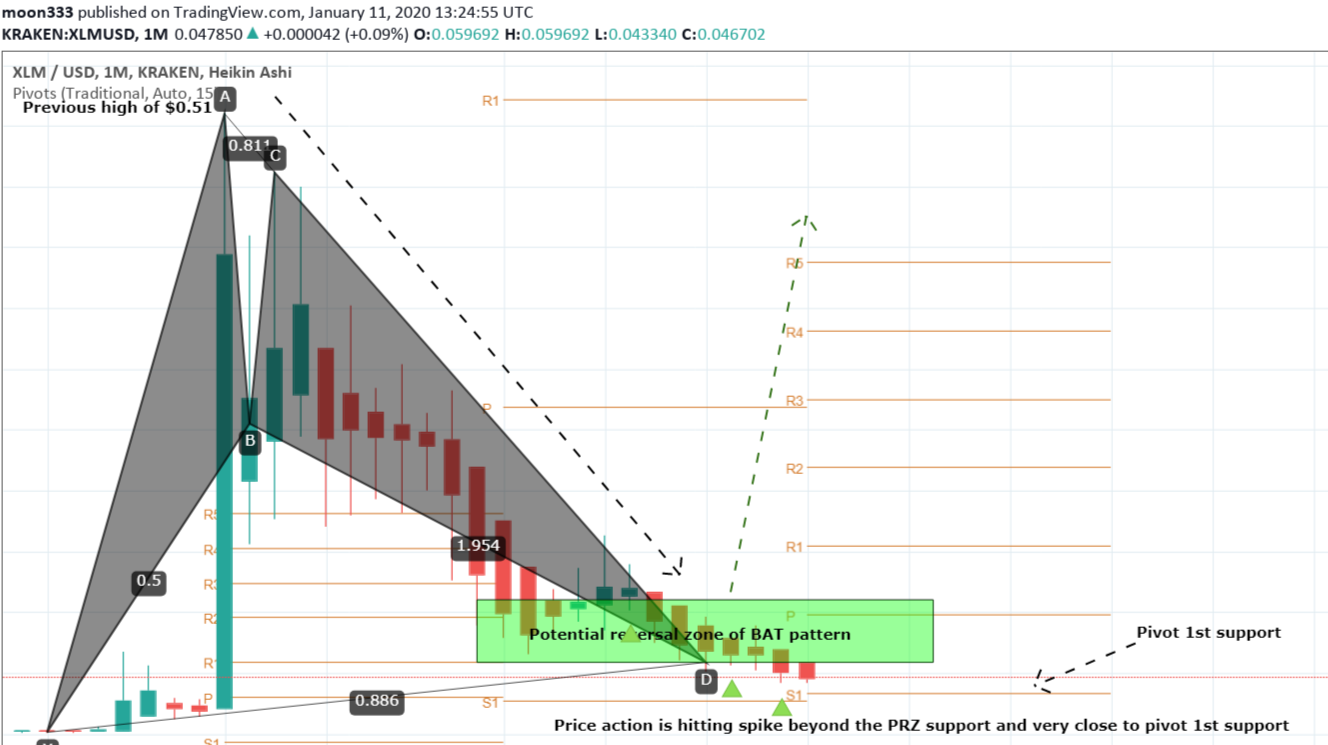 In my previous post I elaborated that how the price action of Stellar has formed a very big bullish BAT pattern on month chart and completed the bullish setup for upto 596% gains. 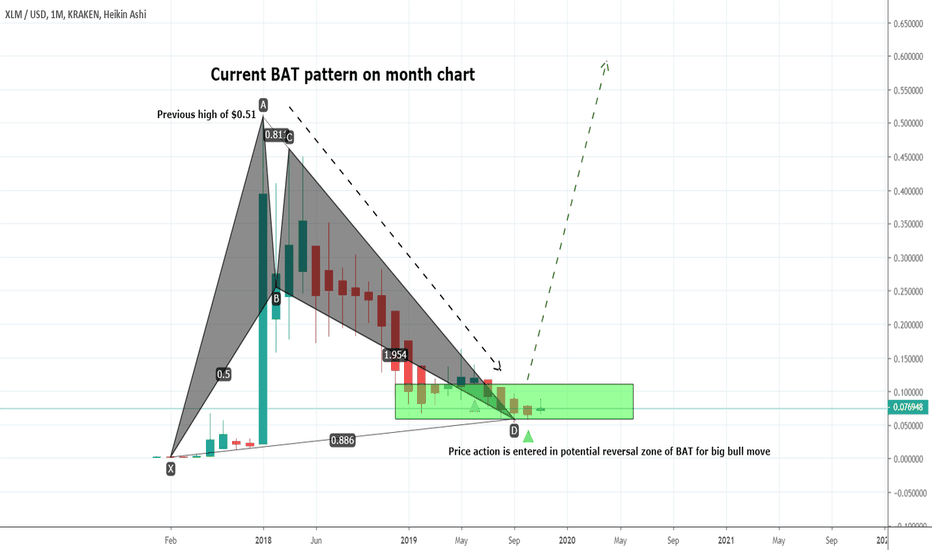 But the recent bearish move of price line that was started since Nov 2019 to Dec 2019 and leaded the price action more than 53% down.

The above bearish move pushed the forced the price action to hit the support of potential reversal zone of this big bullish BAT pattern even now the price action is hitting the spike beyond this PRZ support.

But now the price action of Stellar has shown another positive move that it doesn’t move down straight even it is moved down in another Fibonacci sequence which can be clearly seen on 2 day chart with Heikinashi candle sticks setup and it has formed bullish Crab pattern within this potential reversal zone of bigger bullish BAT pattern. For last leg the price action was required to retrace between 1.27 upto 1.618 Fibonacci sequence and if we measure its move then it has retraced upto 1.283 and full filled the requirement and confirmed that it is a bullish Crab:

The above harmonic move of Crab pattern has confirmed that the price action is ready to move up again and the next candle on month chart will be moved again within the potential reversal zone of big Bullish BAT pattern or sideways with the current candle and the fear of breaking down the support of this PRZ level is decreased even finished.

Now the targets can be two:

This trade setup has potential to give upto 98% profit.

This trade setup has potential to give upto 596% profit.

But if the candle stick closes above the 0.786 Fibonacci projection of A to D leg of bullish BAT which is at $0.413568 then the price action may achieve the highest price ever in the history of xlm or atleast it will hit the final resistance of 0.41 dollar.

In both trades we can use the support of potential reversal zone as stop loss in case of complete candle stick closes below this PRZ level.

I have shared tradingview link below where you can find my all published charts.