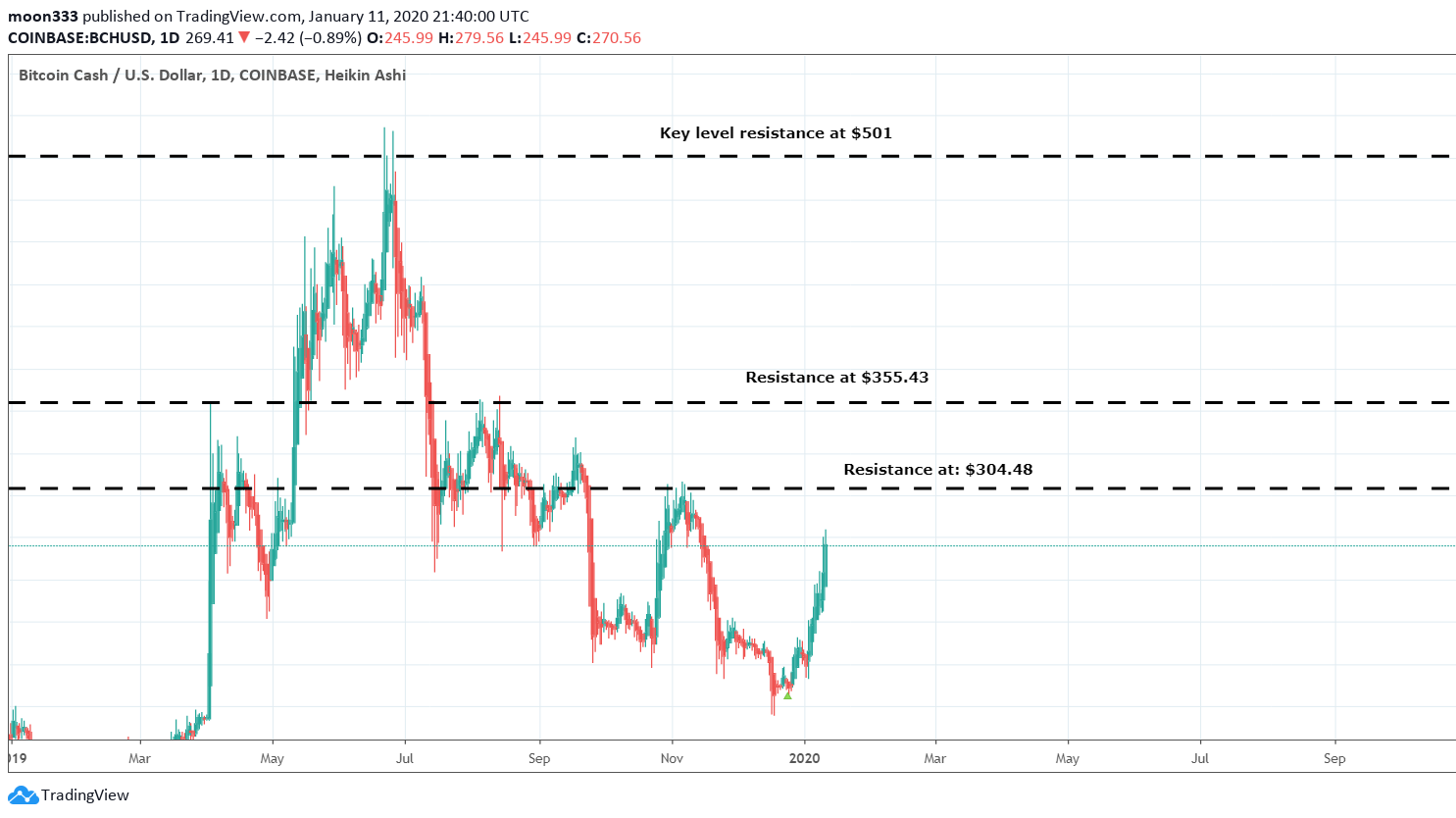 Now finally we can see that the Bitcoin cash has broken out the resistance of the pennant as below:

So far it this bullish move has produced more than 43% profit but the game is not over coz the indicators and oscillators are still turning bullish.

In previous article we were waiting for exponential moving 10 to form a bull cross with EMA 20 on day chart but now the bull cross is reflected upto 3 day chart and both moving averages has crossed down the priceline and lifting the price action up.

On 2 day chart the price action had formed bullish Shark as below: 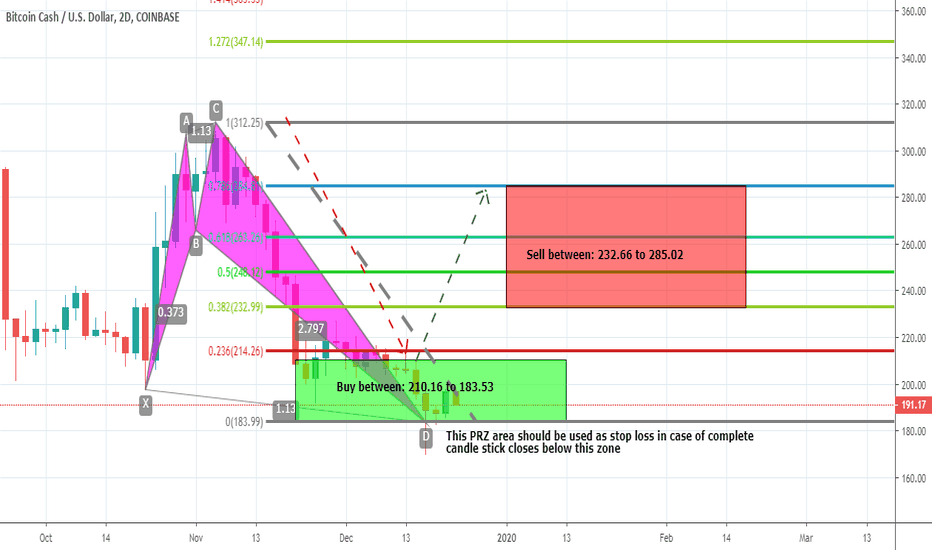 And now after taking the powerful bullish divergence the price action has hit the Fibonacci projection area of C to D leg and entered in sell zone of mid term trading setup as below:

Moreover the Gartley pattern on week chart is also on the play to give more bullish power to price action as we are in the potential reversal zone of this big bullish Gartley pattern. 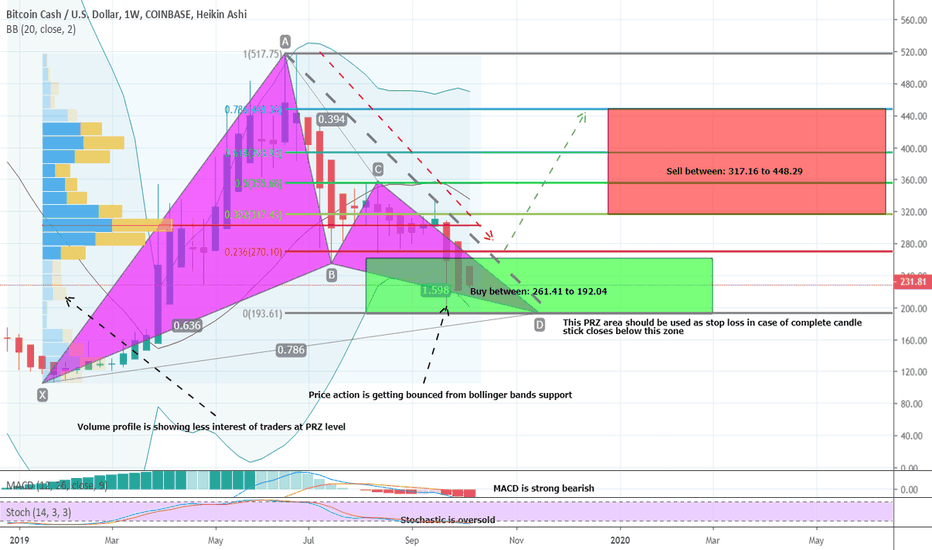 Soon I will post more updates with the further developments in the price action of BCH.
Moreover I have shared tradingview link below where you can find my all trading ideas on different assets and I have also shared Binance exchanges link with some other useful links coz Binance has largest volume of every cryptocurrency with minimum trading constraints.