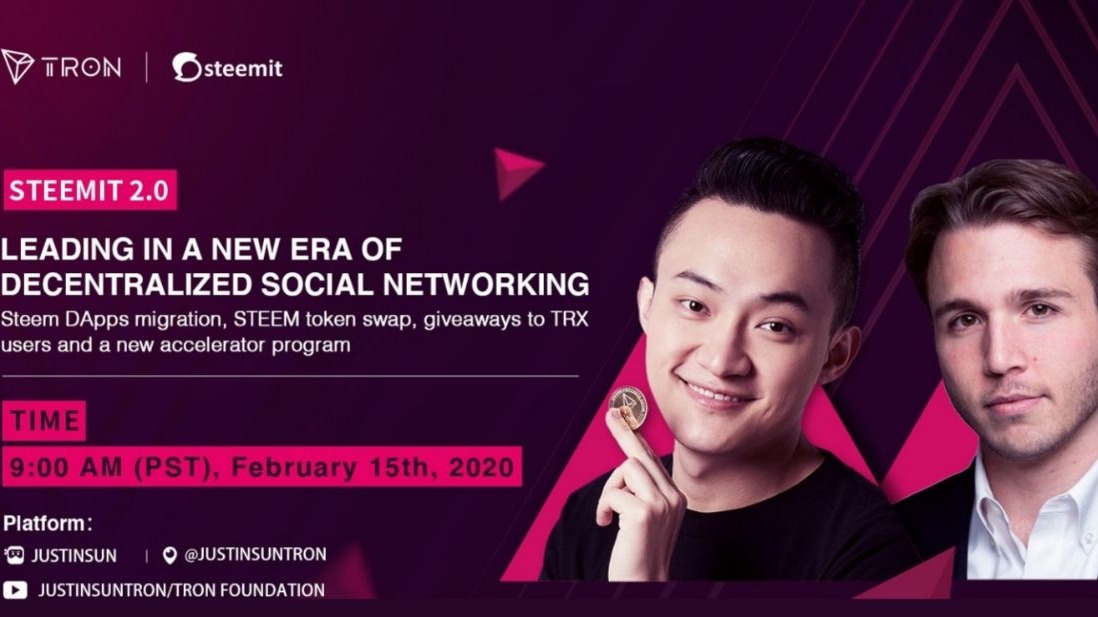 It is so nice to see that against all odds, two lovers have found each other and declare their love on Valentine's Day.

But what kind of odds?

If this was about two men, two split poles would immediately arise. The one who would rant against the affirmation, bring all their reservations and the other who would plead for more tolerance. In between there would of course be many nuances and shades from "I don't care what they do, it's their private business what they do in bed with each other" to "I think they look so cute" to "Finally, someone has set an example for the many in our society who have to live in the unspoken compulsion of socially acceptable hiding".

But is this really only about two men?

That's right, yes! Well, not exactly! It's about the fusion of two ecosystems, the blockchain based social media platform steemit and the decentralized content entertainment protocol tron.

Ned Scott, the co-founder of Steemit, who last year appointed a new managing director, has moved up one level in the hierarchy of his so-called decentralized network. (Note that "decentralized" does not mean "without hierarchy") Many rumors started about what this might mean, if Ned will finally retire, what Ned's newly created title of executive chairman might mean, how it will go on, the whales' splashes had been big back then, of course one does not forget the price development in this context.

Today on this Valentine's Day, which was supposed to be so quiet, it has been announced from top to bottom which plans have been banging underground for so long, among others a "new accelerator program towards the developer community".

Anyone who is now in this bizarre situation of these decisions made in advance to have known nothing and still want to participate in the lovemaking can breathe life into their sex life on DLive. For some it will be the first time to be dominated. But(t) doesn't worry, if you continue your education in relevant gay magazines you will be ready for this special moment of your life: Promised!

Everything about the link in-between