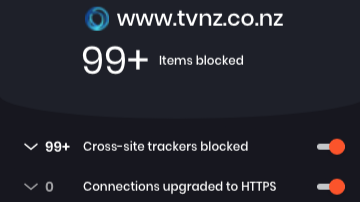 So I'm sitting on my Mac giving Brave a good run in. I'm logged into TVNZ which is a local television station with a really good online presence. However I started noticing something while watching an episode of Project Blue Book. The blocker in Brave started ticking up. By the second set of ads the counter was over 99+.

This rapid explosion in blocks seems like an interesting thing. We worry about spies from other countries but what are all these cross site trackers all about? I mean I can already break the site if I fail to accept the Widevine plugin. The video simply refuses to load.

I do believe the player is a Brightcove player and so it seems to me that none of this is developed internally by TVNZ which sucks. I remember talking to a guy who was instrumental in developing the TVNZ website and I wanted to punch him for his retarded idea that WMV was needed to play video online. I use that word in its correct sense as his thinking slowed down the uptake of the TVNZ site back in the day. It was only the fact that the iPhone kicked off that they were forced to rethink their approach and by that time this idiot was off the scene. But since going to a site that is friendly to all platforms TVNZ has used a player that is full of trackers. The level of tracking was unbelievable seeing that ticker going up as rapid as it did.

I first noticed it last night when I was watching Hypothetical so this tells me that TVNZ is either creaming the tracking, except for me, or they don't know how much tracking is going on. The mere fact it's using the Widevine extension which is made by Google seems to make me think that it's the TV and movie industry that's causing this as it's all tied into DRM.

But in this case Brave is performing admirably. I knew of its anti-tracking tools but I never thought it would be as good as it is. I've used it as my default browser for about a week now. I can't make it default on my iPad or iPhone but I have put it where Safari normally would sit.

I still prefer Safari because contrary to many magazines that seem to love dissing Apple, I find Safari to be much faster in most cases. The fact that I know Apple has zero interest in tracking people is also something that leads me to like Safari more. Yes they do upload stuff to their servers but its for scrubbing so that any information sent to trackers is anonymised and contains nothing about you or your machine. But I'm also liking Brave. I like that I can have Dark Mode on my old MBP which can't go above High Sierra. I like the anti-tracking. I also like the crypto earning.

There's not a lot I can say about Brave really other than these. I don't really trust that it's using a fork of Webkit that's made by Google. Taking something from Apple who has no desire to track people and giving it to Google who does seems like a dumb move by developers to be honest. A really dumb move. That being said Brave does perform admirably on all sites that I visit.

I don't like that it can't synch passwords or wallets, etc but I get around that by using 1Password on my devices anyway. Wallets are a bit of a pain but 1Password has all the details as well so I can technically move to other platforms.

I do like how it uses Chrome plugins which allows for a wide variety of additional protection. It also has potential to add a great deal of harm but that's more an issue with Chrome plugins rather than Brave.

All in all I do like Brave. I'll carry on for a month to see if it's something I'll carry on using by default but at least on my Mac I can use it as default. 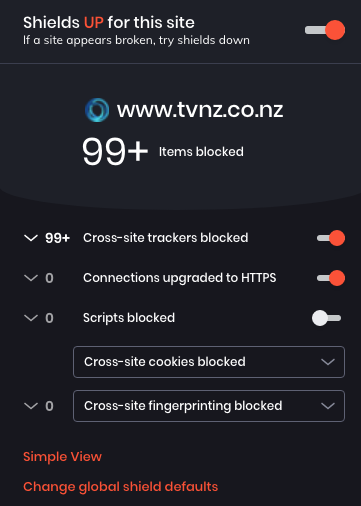 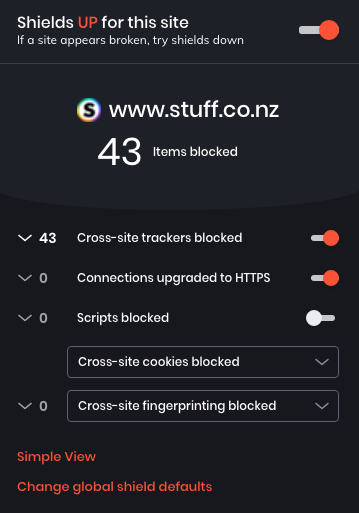