What is Pirate Chain? Is it truly a private and decentralised privacy coin?

What is Pirate Chain? Is it truly a private and decentralised privacy coin?

So this article will show you i’m not a conservative men. I like the look out for new ideas in the crypto privacy space. A reader recommended to take a look at pirate chain so i did. Its a very interesting project on first glance. But do they really doing a good job in protecting your privacy or is it just another privacy coin.

We will be talking about what is pirate chain? And how does it work? And why privacy matters.

what is pirate chain?

Pirate Chain (ARRR) is a 100% private send cryptocurrency. It uses a privacy protocol that cannot be compromised by other users activity on the network.

Most privacy coins are riddled with holes created by optional privacy. Pirate Chain uses ZK-Snarks to shield 100% of the peer to peer transactions on the blockchain making for highly anonymous and private transactions.

It has already been proven by several people that Bitcoin is not completely anonymous. Who wants others to be able to see what you could have bought? Surely a bank account cannot be viewed by a fellow citizen but companys can. Pirate chain does not pose any problems when it comes to your privacy. Pirate chain uses military-grade encryption and what's called delayed proof of work 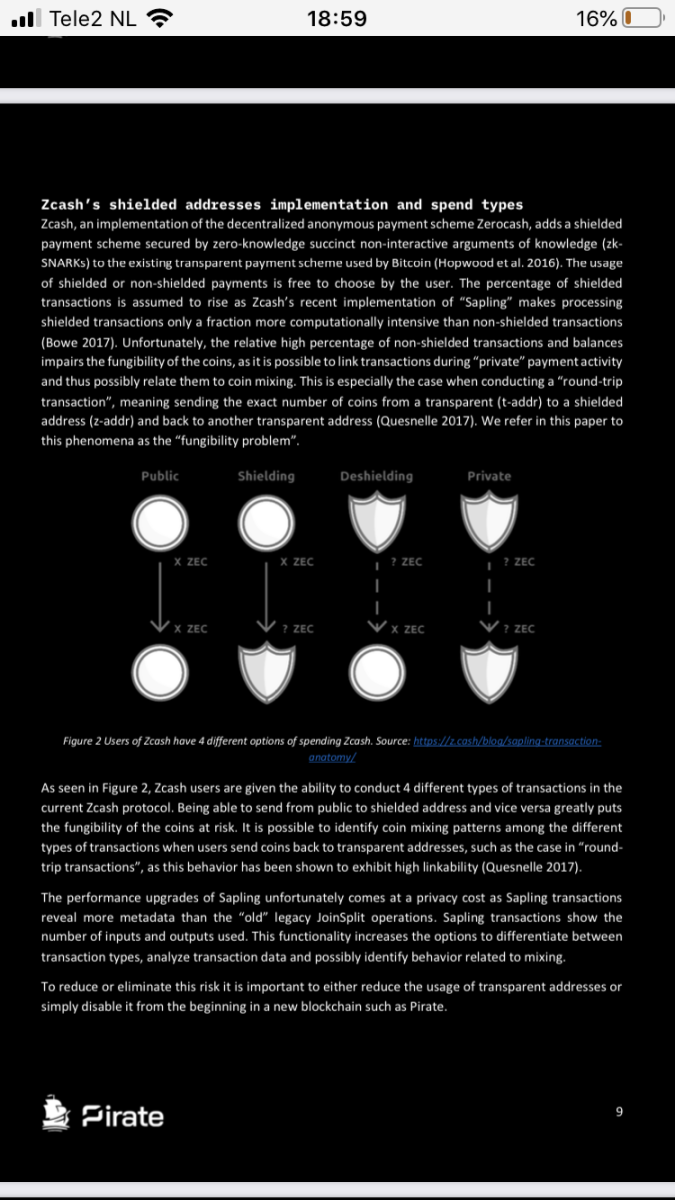 The developers who created zcash, which Pirate Chain is based on, believe the best use of the protocol is a chain that requires private sends only. Delayed Proof of Work (dPoW) protects Pirate’s blockchain from damage against double spends and 51% attacks by attaching a backup of the ARRR chain to the Bitcoin Blockchain.

In order to 51% attack Pirate, you would have to first 51% attack Bitcoin. This makes security against double spends and hostile takeovers nearly impossible if not impossible altogether.

The Pirate chain code is made in such a way that no hostile attacks can be carried out on the Pirate Chain chain. As a result, there will never be a leak that could make the transaction metadata public.

You can find evidence in the block explorer of Pirate Chain. All cryptocurrencies have such a block explorer. You can see that transactions are taking place, but what you do not see are the addresses from and where to the coins are sent. You also cannot see how many coins are being sent. Only the fee that has been paid is public.

If you want to know more about Pirate Chain read the white paper: https://pirate.black/wp-content/uploads/2020/02/The_Pirate_Code_V2.0.pdf 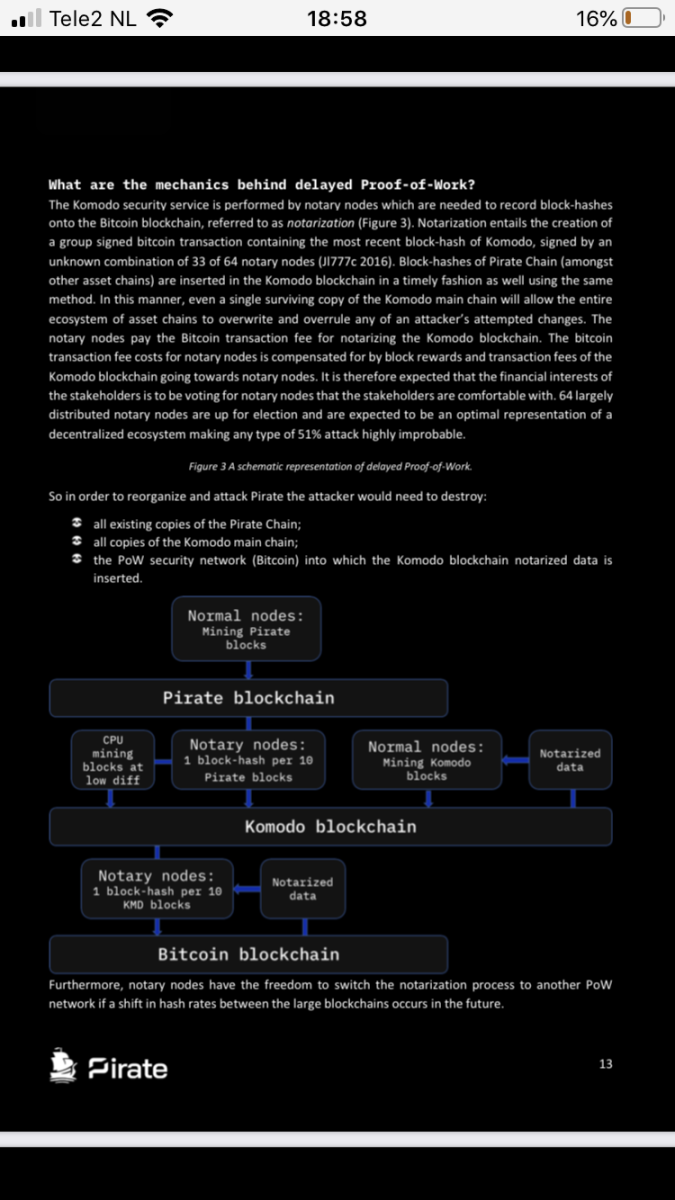 Who made Pirate Chain?

Pirate Chain was created by different developers. One of these is the lead developer of the Komodo platform. For example, Bitcoin developers and ZCash developers have also been involved in the project.

Like me, these developers believe that privacy is a human right. The fact that so many different people are involved in this project shows how powerful a collaboration can be. And this is sending a powerful message to the mainstream world.

First of all, privacy is a human right and everyone should therefore respect it. But in the present, governments and companies are increasingly concerned about your privacy. They know more and more about us. They know what you buy, how much money you have and where you buy your stuff. The feeling it gives me is not really good. Having a bank account in this day and age is simply a necessary evil. But that does not mean that there is such a thing as privacy.

Google, Facebook and Apple don't take your privacy very seriously either. just look at the advertising world of google and the cambridge scandal. In my opinion, privacy should simply be a choice that you could use more easily than it is now.

Can you buy things with Pitate Chain?

There are several shops, youtubers and services that accept Pirate Chain as a means of payment. So we are already working on the road to make Pirate Chain more famous than it is now.

Its a great feeling that crypto devolpers are working on a counter against malicious companys and goverments. If Pirate Chain is the anwser i don’t know.

All i can say it is a great project to look out for. Because they take your privacy very seriously. And at Pirate Chain they are working hard on a product that is meant for all people who care about financial privacy.

The backbone of this project are its privacy features. And you decide if its worth using. So what do you think about this project and where its heading? 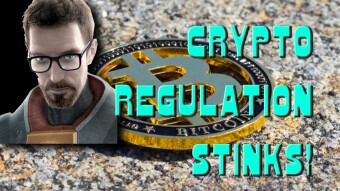 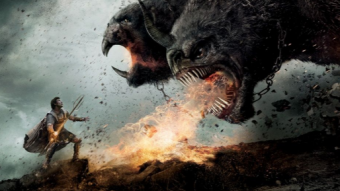 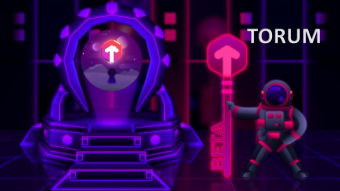