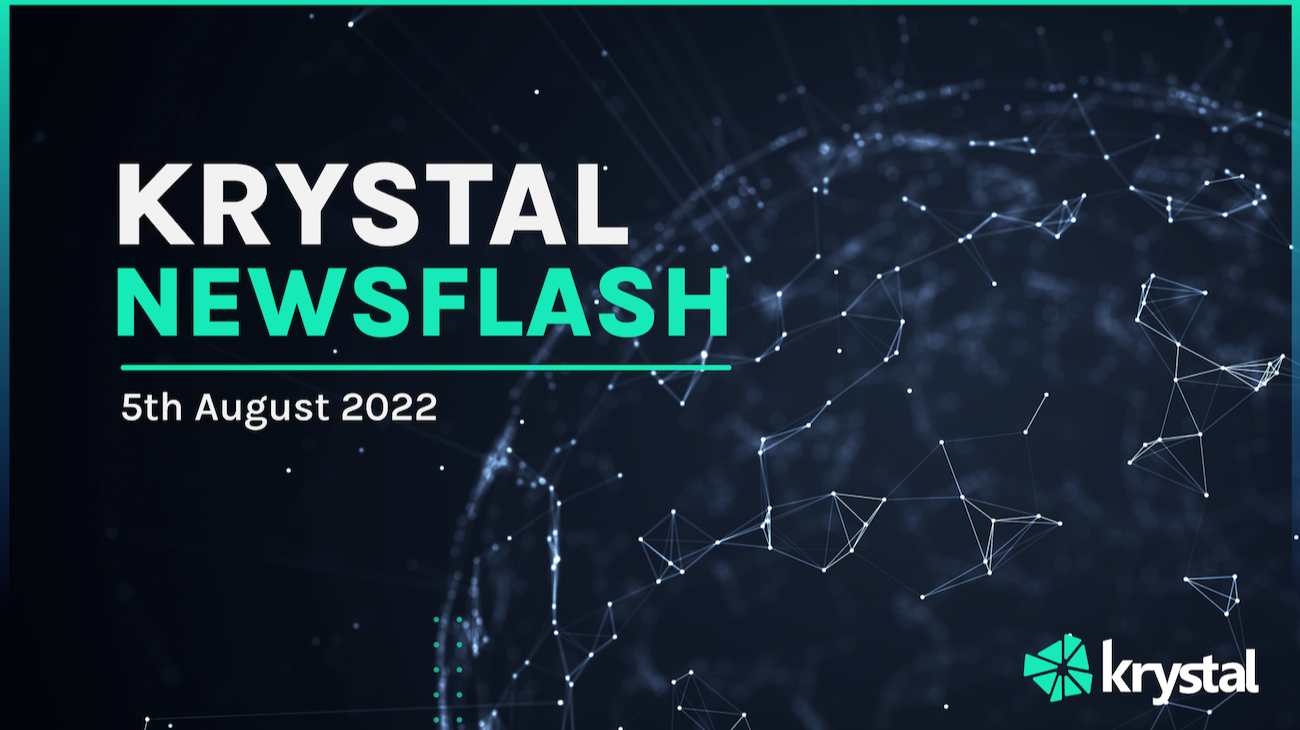 Welcome to our recap of the major stories in the crypto world! Here’s what has happened over the past week:

A potential vulnerability on Slope Wallet was exploited, which resulted in 8,000 wallets being hacked and over $8 million worth of assets being stolen.

It seemed that the seed phrases of multiple wallets were stored in Slope’s servers, which could have resulted in the hackers gaining access to the wallets.

This allowed them to drain the wallets of all their funds, and the owners could not do anything as all transactions were signed by their private key.

It is extremely important that you keep your private keys and seed phrases secure. This is because anyone will be able to access your funds if they have them!

If you are looking to create a Multi-Chain wallet that allows you to store assets on both the Solana network and EVM-compatible networks (e.g. Ethereum and BSC), you can try using our Krystal mobile app. Crypto bridges are the new targets of hackers, particularly since huge amounts of assets are locked with the platform.

The Nomad Bridge was the latest to get hacked due to an exploit in one of the bridge’s smart contracts.

Interestingly, anyone could have stolen funds from the bridge, as all they needed to do was “copy and paste the transaction data used by the initial hacker and changing the wallet address to theirs”.

While bridges help to ensure interoperability between blockchain networks, vulnerabilities in their code put them at huge risks of potential exploits.

We’ve partnered with Multichain to provide you with a seamless bridging experience on both desktop and mobile.

Amidst all of these hacks, Multichain has taken various steps to ensure the security of its platform and to prevent hacks from happening.

Increased interest in the Metaverse? 👀

While the Metaverse itself has drawn a lot of flak from naysayers, some still think it is the future.

The Hong Kong University of Science and Technology (HKUST) announced that they aim to launch a virtual campus in the Metaverse.

With the opening of a new campus in Guangzhou, HKUST recently hosted a launch party in the Metaverse.

Meanwhile, Singapore’s Second Minister for Law Edwin Tong, suggested that marriages and court cases could be held in the Metaverse in the future.

While Singapore has a strong stance against retail investments into crypto, they are still encouraging the adoption of cryptocurrency-related technologies like blockchain and the Metaverse.

With yet another major partnership, Polygon seems to be the network of choice.

Daimler South East Asia, a part of the Mercedes Benz Group, will be using the Polygon network to operate a data-sharing platform.

This platform allows businesses to purchase and sell data in a decentralised manner.

Apart from the Polygon network, you can perform swaps with minimal slippage on 8 other EVM-compatible networks (including Ethereum, BNB Smart Chain, Avalanche, Fantom, Cronos, Arbitrum, Aurora and Klaytn).

The new buzzword for the crypto world seems to be soulbound tokens, which was first introduced by Vitalik Buterin.

Binance has now announced the Binance Account Bound (BAB) soulbound token, which aims to certify that a user has completed KYC on Binance.

These tokens are non-transferable, and can be used by third-party protocols to verify that the owner of this wallet has performed KYC with Binance.

Which blockchain bridge do you think is the safest? Will the Metaverse truly be the future? Tweet us or send us a message on Telegram to let us know!

Start your journey NOW on Desktop, iOS or Android