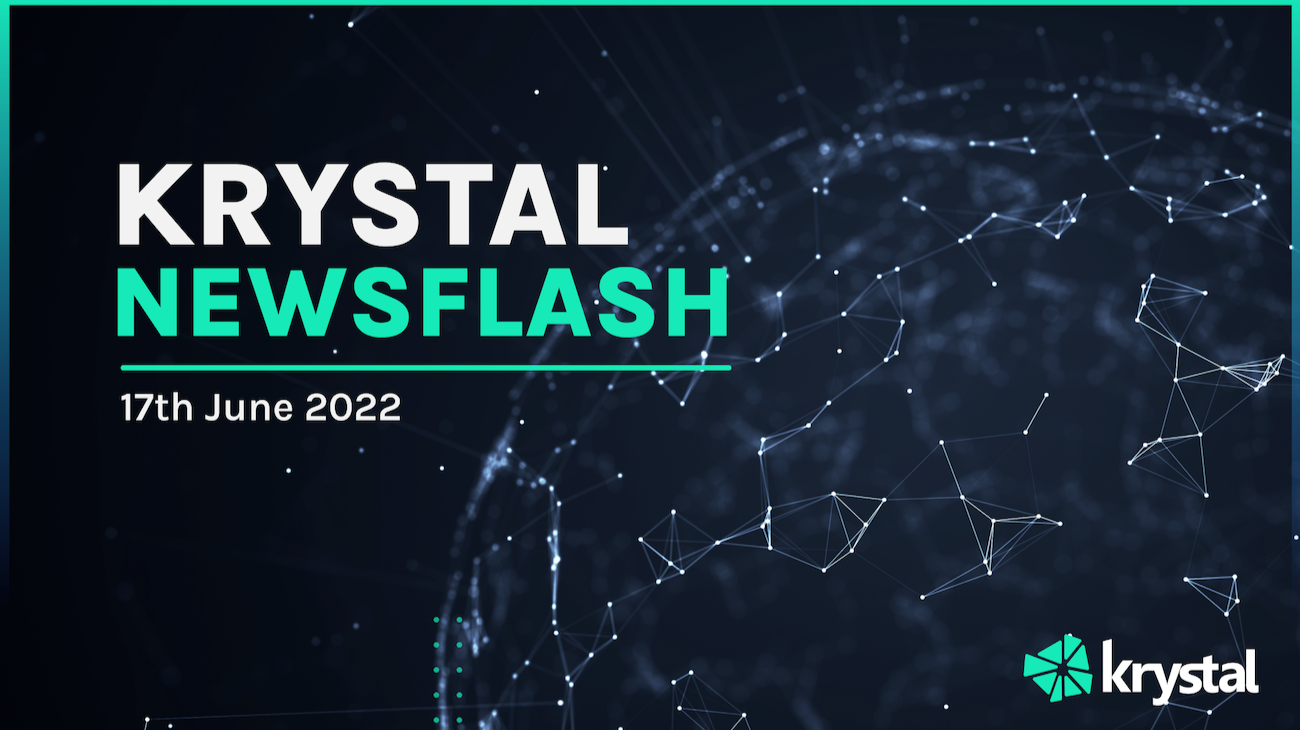 Welcome to our recap of the major stories in the crypto world! There’s a lot of negative news this week, and we hope that you’re all staying strong.

Here’s what has happened so far:

The US Federal Reserve has raised its interest rates by 0.75%, which is the largest increase in 28 years.

This has been done to curb inflation which has been increasing over the past few months.

Cryptocurrencies have benefitted from low interest rates. However, rising interest rates may result in investors selling off their crypto assets back to cash to receive returns in a lower-risk manner.

This could be one of the many reasons why cryptocurrency prices have been falling!

Celsius announced that they will be pausing all withdrawals from their platform on Monday, citing ‘extreme market conditions’.

Ever since the collapse of Terra and UST, investors were starting to worry about Celsius’ yields, as they were higher than the current market rates.

As a centralised platform, Celsius will take your deposited funds to generate as much yield as possible.

Similar to Terra, the yields that Celsius were providing were seen to be unsustainable, and it further worsened due to the depegging of stETH to ETH, which is where Celsius had staked a significant portion of their customers’ funds.

The depegging of stETH to ETH is due to delays in ‘The Merge’, which is set to transition Ethereum from Proof-of-Work to Proof-of-Stake.

If more people withdrew their funds from Celsius, they may not be able to process these withdrawals as Celsius did not have the required funds!

During this pause, Nexo, another centralised lending platform, has offered to acquire Celsius’ assets.

The offer lasts until 20th June, and it remains to be seen if Celsius will take it up.

Three Arrows Capital is a crypto hedge fund that has invested heavily in multiple crypto projects.

Previously, they invested millions into LUNA, which is now worth significantly less after Terra’s collapse.

Currently, they are risking insolvency as they reportedly failed to meet a margin call.

As a huge investor in many projects like Avalanche, Solana and Polkadot, Three Arrows’ liquidation could lead to worrying implications for these projects.

Amidst the turmoil in the markets, Splyt has announced that they will be partnering with Binance Pay.

Splyt is a platform that helps to integrate on-demand services directly onto other platforms.

With this partnership, Binance Pay can be used by users of many different platforms, to pay for ride-hailing services, airport transfers, public transport or food delivery.

This shows that companies are still interested in promoting crypto adoption to retail users, despite the bear market that we’re currently experiencing.

To end off with some positive news, OpenSea has now launched its own SeaPort protocol.

This new protocol is aimed at lowering the gas fees that both buyers and sellers incur when transacting on the NFT marketplace.

OpenSea claims that it is possible for you to save up to 35% in gas fees!

Gas fees are rather high on the Ethereum network, and it can be very costly for you to buy or sell NFTs on this network.

However, did you know that OpenSea also supports Klaytn, which is another Ethereum Virtual Machine (EVM)-compatible network?

The gas fees are much cheaper on Klaytn compared to Ethereum, and there are a huge variety of NFT collections on this network.

We’ve just recently integrated with Klaytn on our platform, so do look out for more exciting things to come out of this partnership!

Do you think that we’ve reached the worst of the bear market? Have you tried out the SeaPort protocol on OpenSea? Do tweet us or send us a message on Telegram to let us know!

Start your journey NOW on Desktop, iOS or Android