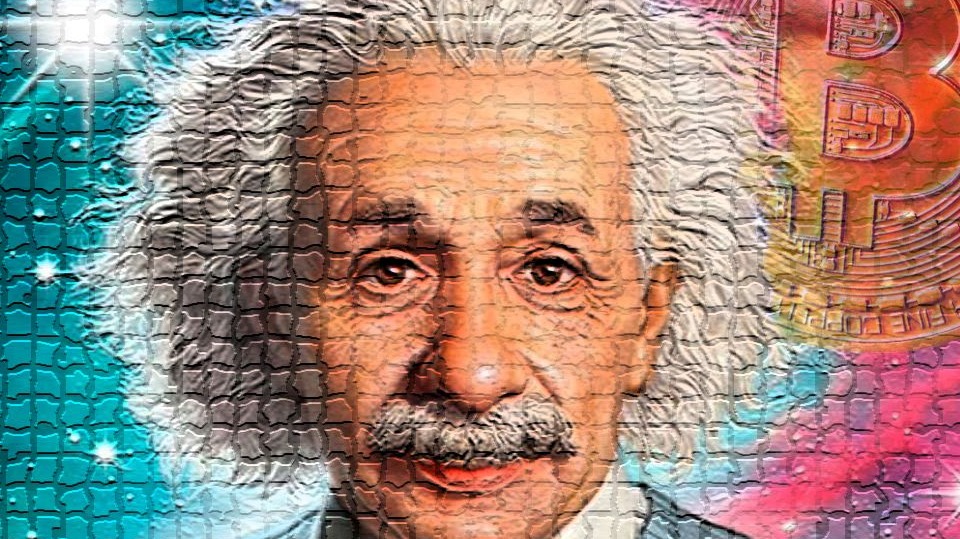 Cryptocurrencies - Money and the Mechanism of Exchange (2021 Edition)

In his fundamental book, Money and the Mechanism of Exchange, English economist William Stanley Jevons explains that currencies address a central economic problem: the coincidence of wants. The phrase describes the conundrum inherent to barter where the parties of the transaction have to agree to sell and buy each other's goods. The obvious challenge is the improbability of the wants, needs and events that would enable such a transaction occurring at the same time and the same place. In absence of this double coincidence of wants (COW), the parties need to agree on an acceptable substitute: a medium of exchange. While Jevons included the latter function in his definition of money, his thinking was necessary informed by and limited to the technologies of his time. - We will ignore the confusion here that barter was at any time a relevant mechanism for sizable - or even smaller - economies. - The following is a review limited to the definition of money, the state of currencies and their potential trajectory with consideration of current technologies, including blockchain-based solutions and so-called "cryptocurrencies".

While frequently used synonymous, money and currency have somewhat different meanings: currencies are systems of value exchange. Money - is one (optional) technology used within that system, and most often still defined as medium of exchange, unit of account, standard and store of value, referencing a definition established by Jevons in 1876. Considering that Alexander Graham Bell received a patent for the telephone around the same year and that Jevon's could not have known about digital forms of exchange, it seems past-due to re-evaluate the usefulness of this definition of money with respect to solving the COW problem.

Throughout history, media of exchange have taken on many different forms and still do so to date. Depending on the time and place, gold coins, stones and shells have been used as money. Commodities such as gold and silver coins were followed by commodity-backed mediums - usually paper certificates - exchangeable for specific amounts of a valued commodity such as a metal. What these technologies have in common is that the simple transfer of the instrument from buyer to seller combines the payment and settlement of a transaction: they are bearer instruments.

Today, the medium of exchange is most often expressed through the manipulation of digital entries of account ledgers (i.e. bytes) expressed in fiat. The latter quality refers to the suspension of commodity backing of money by governments unwilling or unable to settle outstanding commodity obligations. Instead, legislators invoked legal tender laws, which establish certain instruments as acting as money. As the accounts of buyers and sellers are most often maintained by different financial institutions, these necessarily must cooperate to update the digital ledgers of the parties to reflect the exchange of money. Current commercial bank accounts can therefore be best understood as (federated) distributed ledgers - making DLTs in essence the opposite of blockchains. Depending on the banks and technologies involved, the process of adjusting these distributed ledgers can take between 24 hours, days or even weeks for a cross-border transaction. Until recently, consumers requiring bearer instruments for peer-to-peer transactions with immediate settlement were mostly limited to IOUs printed as bank notes, commonly referred to as ‘cash’.

In October 2008, a paper published under the pseudonym Satoshi Nakamoto introduced the concept of a peer-to-peer electronic cash system referred to as ‘Bitcoin’. The currency - as in system of money - is labelled Bitcoin; while the mining reward is named 'bitcoin' with a lower-case 'b'. As the paper explains, entries in Bitcoin’s ledger are protected from manipulation by a cryptographic scheme, which hashes transactions in time-stamped intervals into blocks. This function inspired the term "blockchain" to describe a decentralized, public ledger and "cryptocurrency" - "crypto," for short - for the denomination of entries on that ledger - a rather unfortunate terminology that has led to much confusion among software developers and regulators alike.

Similar to the architecture of the Internet, blockchains do not rely on a single entity or consortium; entries on blockchains can be validated or created by anybody operating the software. A combination of encryption and game mechanics ensure that transactions performed on a blockchain are next to impossible to alter. The latter quality - also present in other blockchain-native assets, such as Ethereum’s ether - made bitcoin the first ever digital bearer instrument - however, not necessarily the desired peer-to-peer cash since transfers take time and require the payment of network fees which can vary widely (details here).

Blockchain-based assets - including bitcoin - can be imbued with additional functions through more complex smart contracts, creating a form of "programmable money." Like their real-world counterparts, these digital bearer instruments do not require users to involve trusted third parties in the transaction. As documented by many block explorers, the Bitcoin blockchain, through its independent network of miners, confirms transaction between parties inside of approximately ten minutes. And, unlike bank transactions, which can take days and sometimes weeks to settle, new entries on a blockchain are final, and the recipient is free to use the funds at that time immediately.

NOTE: While transactions on networks operated by commercial banks (i.e. Zelle) seemingly settle instantly from a user's perspective the settlement of funds between the sender's and recipient's banks is in fact managed via Automated Clearinghouse (ACH). This means that the recipient banks takes on a settlement risk as it waits for the next ACH batch.

A short glance at the world’s inflation rate statistics published by the International Monetary Fund quickly dissuades any notion that government-issued fiat make for a stable store of value. And, while most nations so far have escaped the levels of hyper-inflation afflicting countries such as Venezuela (10,000,000%), Zimbabwe (73%) and Sudan (50%), historically fiat currencies have on average lasted no more than 25-27 years.

Bearer instruments introduced by federal mints such as pennies, dimes and quarters, initially bought daily products and services. The Daily Times was sold for one penny in 1900.

Today, these instruments have mostly lost their utility as medium of exchange: pennies, nickels and even quarters hardly buy any relevant goods and services. Even though most US coinage today has become impractical for purchases, and several coins are even being produced at cost greater than face value (more here), coins are being created at great cost to taxpayers who would be better off collecting these for their metal value.

As outlined in a previous article, the term “cryptocurrency” at best describes a very small subset of blockchain-derived assets accurately. And even coins and tokens created for the specific purpose of payments have found very little consumer adoption. A number of projects have singled out volatility as the main problem. This led to the creation of a new category of cryptocurrencies, referred to as "stable coins". The most noteworthy entrants in this growing category thus far with market capitalization according to CoinGecko of $50 billion and $13 billion as of April 21st, 2021, are Tether and USD Coin. These tokens are pegged to the U.S. Dollar, with the objective to maintain a one-to-one correlation, as such it might be more accurate to call these tokens 'USD Pegs'). While it might be too early to judge if stable coins will increase consumer adoption, it seems doubtful that these instruments can challenge fiat incumbents on their home turf (payment function) as long as users are required to convert fiat money to the new unit of account, while paying a fee for the privilege.

Cryptocurrency exchanges and wallets throughout various countries, show subtle, albeit significant differences, when displaying blockchain-based assets. Even though most applications default to English as lingua franca, users may see a conversion of their digital holdings to their local legal tender.

As such, ‘money’ might also be thought of as an individual’s ‘language of trade or value’. If presented with a number prefixed with a symbol that is not part of a person’s daily vernacular, he is forced to translate the value into the familiar denomination. While tokens pegged to fiat might not require such a translation, there are few counter-parties to-date willing to accept these ‘pegs’.

Historically, citizens have turned to alternatives of fiat when the buying power of their government-created unit of account weakened drastically due to inflation. While commodities such as gold continue to be a popular choice for wealth preservation, these provide little utility for day-to-day expenditures.

Instead, consumers have often turned to bearer instruments issued by other nation states. In some instances, a country may even move to the drastic measure of abandoning its sovereign currency in favor of another country’s money -- as is the case with Ecuador, East Timor, El Salvador, Marshall Islands, Micronesia, Palau, Turks and Caicos, British Virgin Islands and Zimbabwe; all the aforementioned countries, list the U.S. dollar as official currency today (more here).

While the global digitization of currencies has seemingly created a level playing field for the world’s fiat money, consumers are reluctant to adopt a new language of trade. When a local currency shows strong signs of failure, citizens are most often turning to a seemingly ubiquitous form of cash such as U.S. Federal Reserve Notes.

Historical definitions of money and currencies do not account for the current state of technology in general and blockchain-based solutions in particular. Money - as unit of account - can and should be understood as language, without regard to a particular store of value function. As such there is sufficient evidence by now that "cryptocurrencies" will continue to fail in supplementing fiat currencies in a meaningful way as "money" - similar to the failed approach of introducing the artificial world language Esperanto.

While stable coins - in form of fiat-pegs - might play a small intermediary role on the way to a solution, a successful blockchain- or graph-based architecture (the latter seems more likely) must implement currency as protocol through consumer-facing applications that provide a seamless bridge to legacy technologies created for the use of fiat. Just as the voice-over internet protocol (VoIP) empowered Skype to challenge phone carriers worldwide, this final step can redefine money by using the legacy unit of account only as symbol for bearer instruments representing non-inflationary assets.

Thoughts on Web-3 and Blockchains.