If you missed part 1 or 2, please refer to my previous blog posts.

In this post I'll take you to my home in Djibouti and we can branch out a bit from there.  If you are in a Western nation, there are many things you may take for granted, like a water heater for example.  Some houses do have them, but many don't.  This is because the weather is normally so hot, the tap water comes out hot anyhow.  Your showers are for the most part always warm to hot, except for about a month in the cooler season.  As a general rule in Africa, preventative maintenance on homes and buildings is an afterthought.  Stuff generally won't get fixed or replaced unless its completely broken and unusable.  Much of the time this is simply due to the lack of resources to fix things.  For our particular house, the lady who owned it was quite poor, and relied on the income from this property to sustain her.

The photos in this set aren't the highest quality, but I think they help to better portray what life was like in Djibouti. 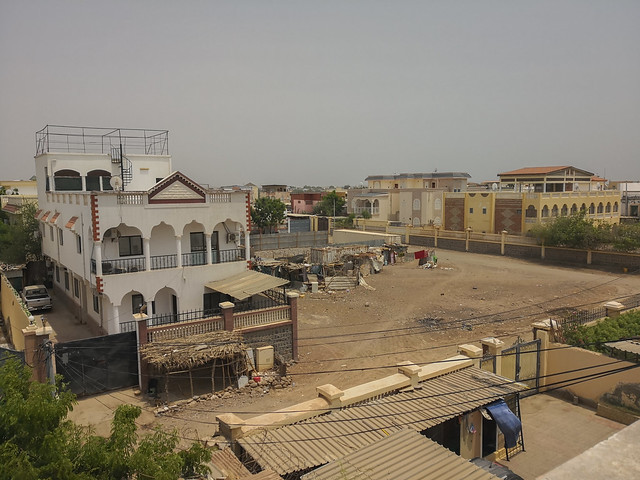 1: Here is the view from our rooftop terrace. Across the dirt road is another nicer white house. Each house has it's own security guard who lives there. The lean to with the thatched roofing is an area where the guards congregate, eat meals together, and pray. To the right of the house is a little group of shanties. These are makeshift buildings a nearby family live in. They have goats, and sheep they herd around looking for a place to graze. This is what I would call a middle class area in Djibouti, but the poor are interspersed with the more well off in most neighborhoods. 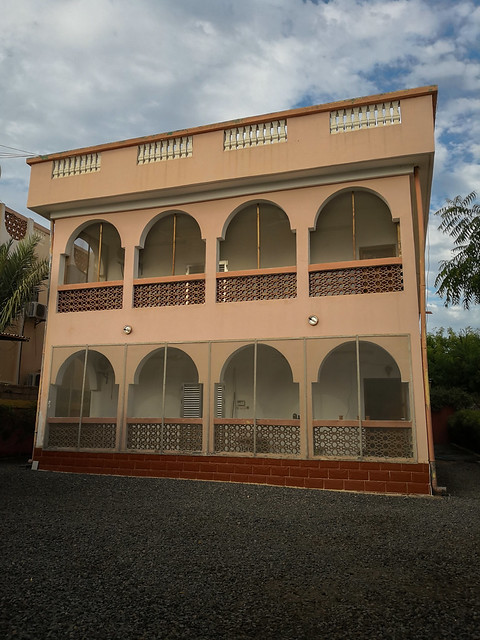 2: Home sweet home. It's not much to look at, but the patio is screened in, and it has working AC units in all of the rooms. The screens are important to keep out pests, mosquitos in particular. Cases of the malaria have been known in Djibouti, but its prevalence is lower than other places I have been to. AC is essential because the summers can be scorching, reaching temperatures up to 50C (122F). 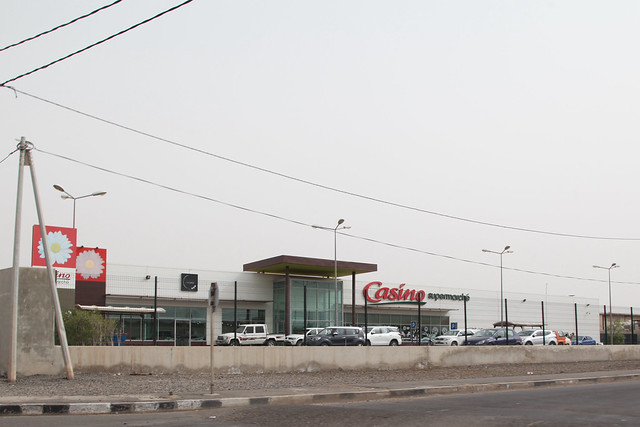 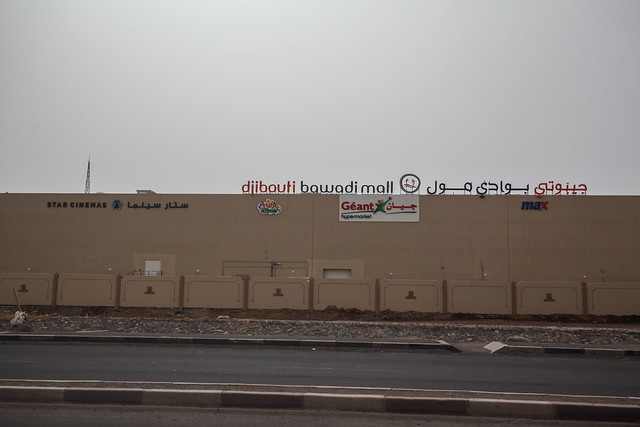 3-4: These two photos aren't the greatest because they were shot from a taxi for posterity sake as I was leaving the country. The first one is of Casino, which is part of a French supermarket chain. This supermarket was there when I first came to Djibouti in 2014, and was a great place to buy western goods like cheese and Oreos. The second photo is of Bawadi Mall, which has only been open about a year. The company is based out of Dubai, and it has a huge supermarket inside with lots more variety. Within the last few months, a movie theater and food court has also opened within the mall. 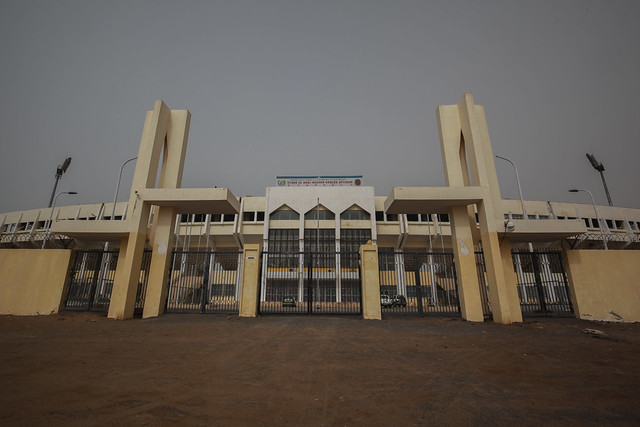 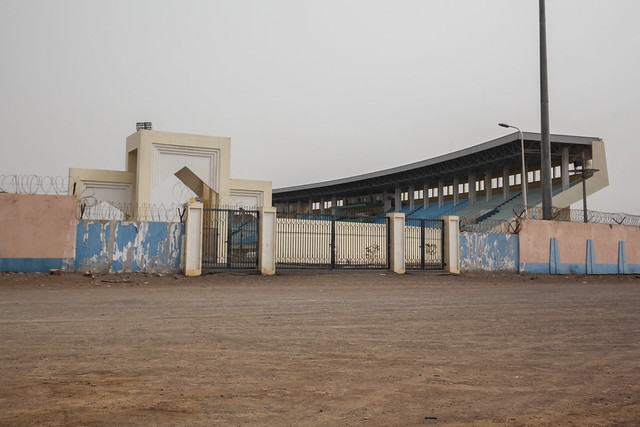 5-6: Pictured is the National Stadium of Djibouti, where the Djibouti National Football Team has or had matches. It's not clear to me when their last match was held. I would have liked to have seen one. The appear to still be active, as they have just hired a new coach. 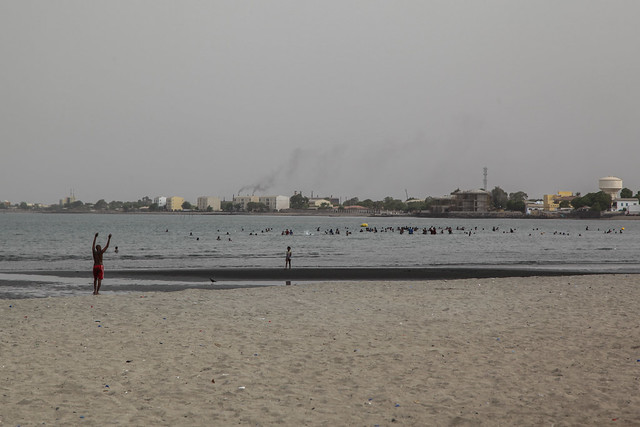 7: This is one of the many beaches where locals like to enjoy the water called La Siesta Beach. On a Friday, this one is usually packed with people. It even has a lifeguard on duty. 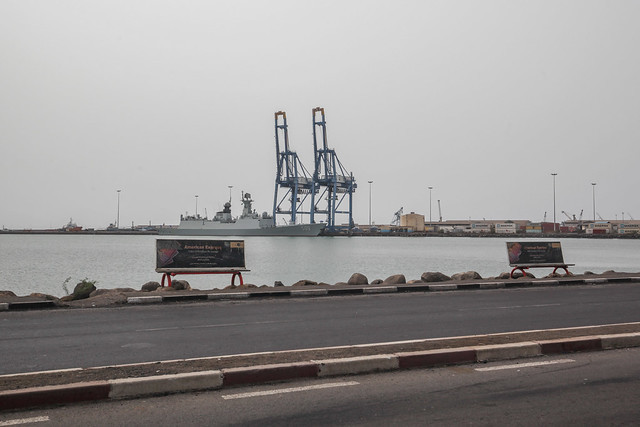 8: A Navy Frigate (I'm not sure which country) is docked near the Port of Djibouti. Because nearby Ethiopia is a landlocked country, Djibouti has been a major port for their bourgeoning economy. This may change with the warming relations with Eritrea, and the improving security situation in Somalia. 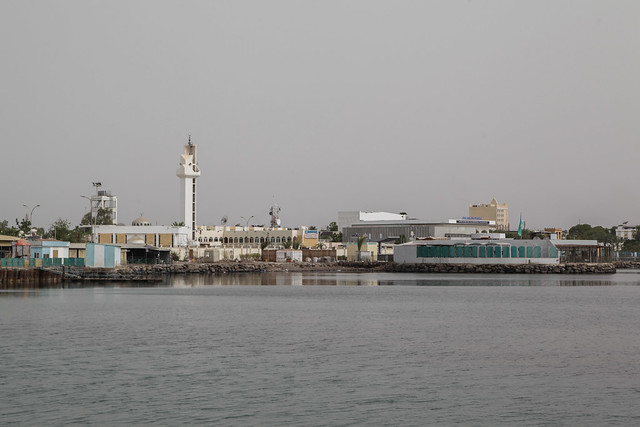 9: This photo was taken in an area called La Corniche near the port. It's lined with restaurants, including a great new spot called Kuriftu Lounge. It's a great place to relax and have dinner, and almost forget you're in Djibouti. 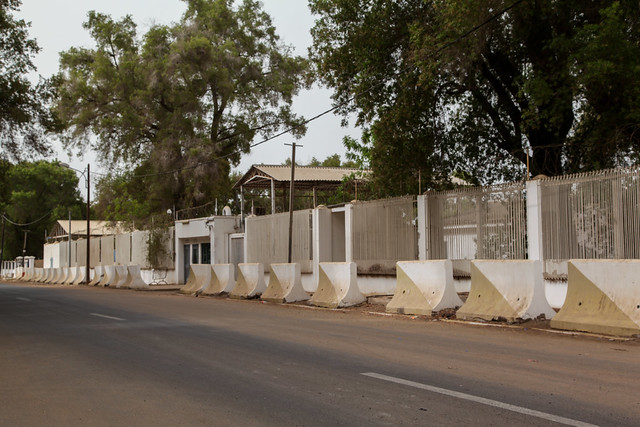 10: This is the exterior of the original United States Embassy in Djibouti I was told, which has now been abandoned. A new embassy was built in the more affluent Haramous neighborhood of Djibouti. The new embassy built in 2009 is huge in proportion to the the size of Djibouti, but reflects it strategic importance in the area.