Djibouti is one of those countries you've probably never heard of.  It's tiny in size, and has about 1 million total population.  It's located in the horn of Africa at where the Red Sea and Gulf of Aden meet.  It is bordered by Eritrea, Ethiopia, and Somalia. Over half of that population is in the capital, Djibouti City.  They mainly consist of the Afar people associated with Ethiopia, and the Issa people associated with Somalia.  Also many ethnic Arabs live there, along with American, French, Japanese, Italian, and Chinese expats, who all have military bases in Djibouti.

Altogether, I lived in Djibouti about 3 years while working as an IT consultant and contractor on Camp Lemonnier, a US Naval base.

In part 1 will cover the downtown area around Menelik Square.  For the most part I avoided going downtown during the daytime, but would occasionally hit up a restaurant or pub after dark.  For these photos I paid a guide to take me around on foot.  Locals are suspicious of foreigners taking photos, so my guide had to answer lots of questions from curious onlookers, especially in the market areas.  I also used my phone to take photos downtown, so I didn't attract the attention that an SLR would certainly bring. 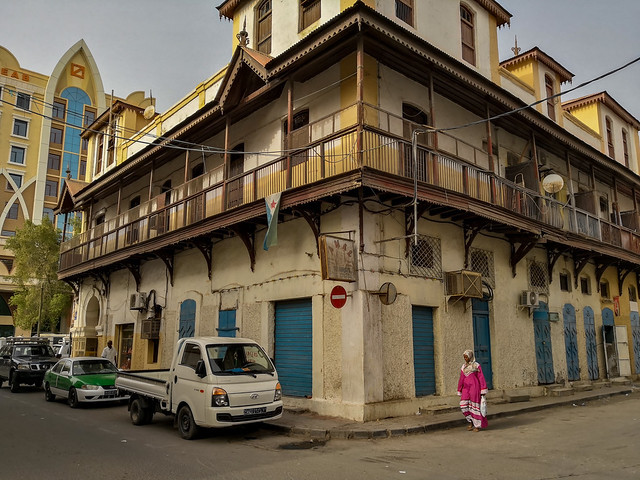 1. Pictured is one of the many French Colonial buildings located in downtown Djibouti City. This particular one is fairly good shape. Djibouti was previously a French colony called French Somaliland until it achieved independence in 1977. 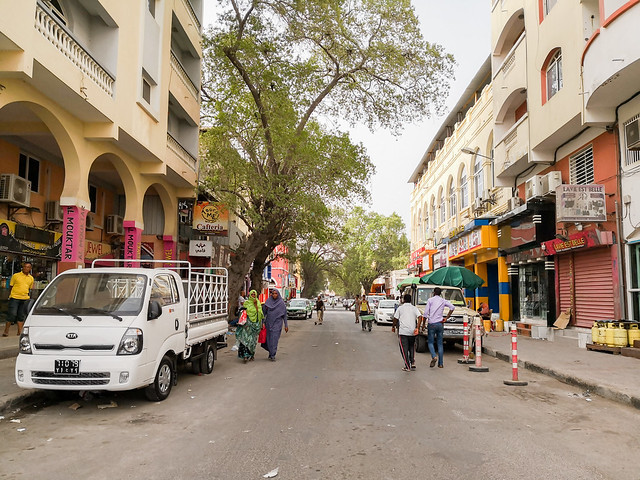 2. Many shops, restaurants, and bars line the streets of downtown. The area was a lot more active at night on the weekends, when both the French and US soldiers went downtown to party. Since then the French presence has diminished, and the US troops are no longer allowed to leave nearby Camp Lemonnier for the most part. 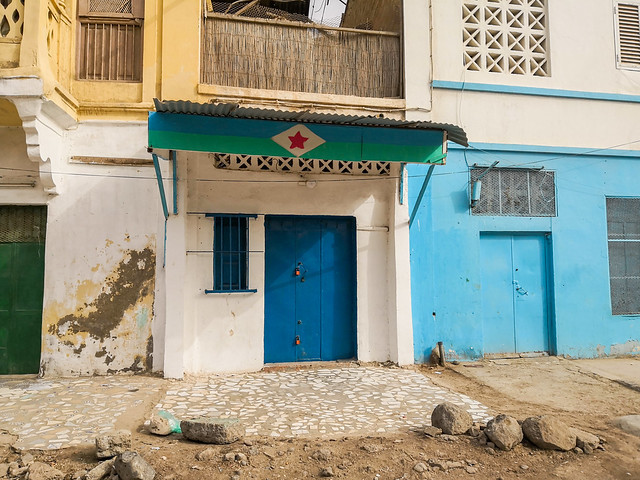 3: Many of the downtown buildings, such as this one, are decorated with the Djiboutian flag and national colors. 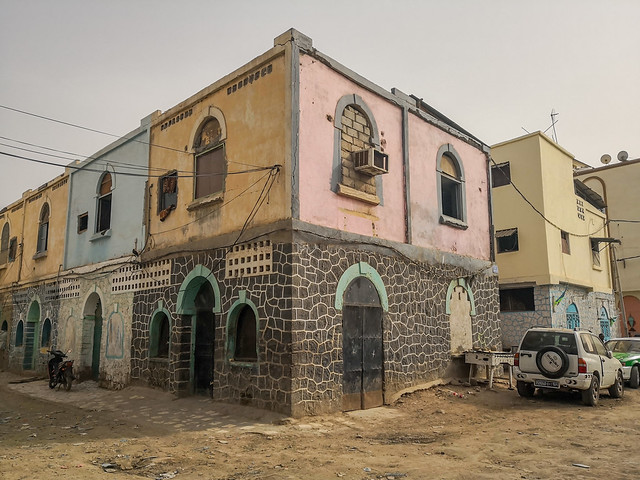 4: Simple buildings such as these line the streets near the central market. Although the main streets are paved, many of the side streets are dirt, and are difficult to navigate during the rainy season. 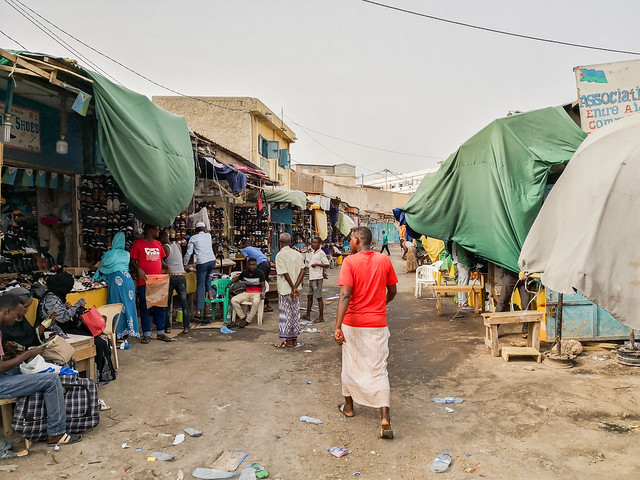 5: This is the central outdoor market located downtown, where everything is sold from shoes, to produce, to electronics. If you go, be prepared to haggle. The initial quoted price is usually 300% or more higher than you should be paying. 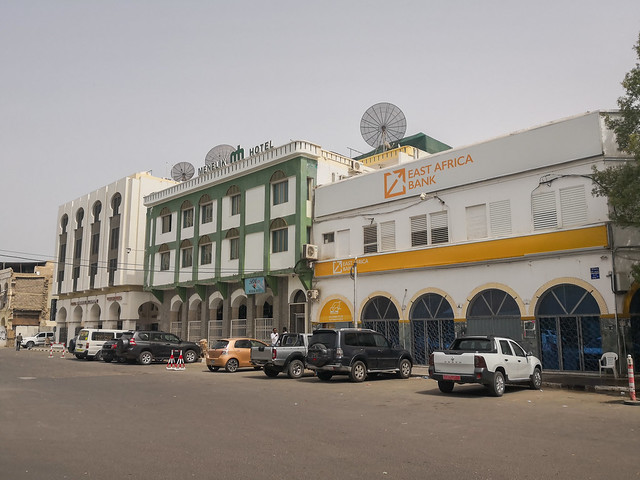 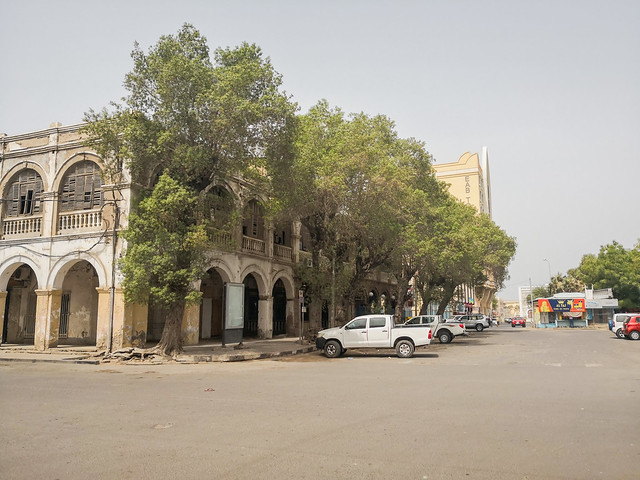 6-7: In Menelik Square, a police kiosk sits squarely in the middle of the square, and I was expressly forbidden to take any photos that included their kiosk. The square is named for the Ethiopian Emperor Menelik II, who helped establish a railway (now defunct and replaced by a Chinese version) between Djibouti and Ethiopia, as well as many other technical advances for Ethiopia. 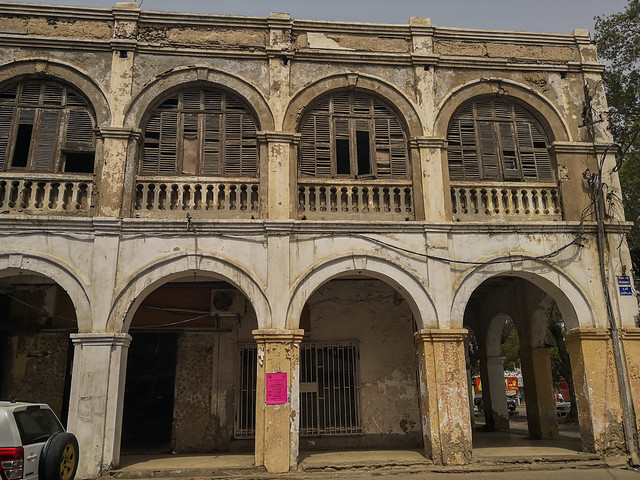 8: One of the old French colonial buildings located off Menelik Square. Many buildings such as this one are in various states of disrepair. It's kind of sad because you can picture area as once being a more vibrant place. Imagine this building with a fresh coat of paint and some new window shutters. 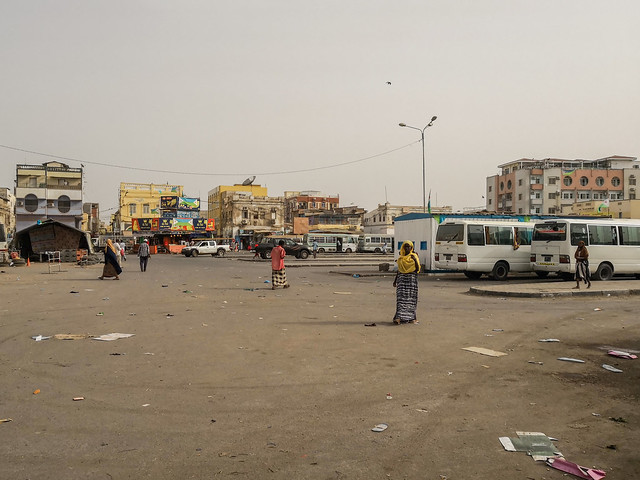 9: The Djibouti City bus terminal, is where you can catch a ride to nearby Tadjoura to Somalia. There is also a newly established rail service in Djibouti built by the Chinese, that can take you all the way to Addis Ababa, Ethiopia. 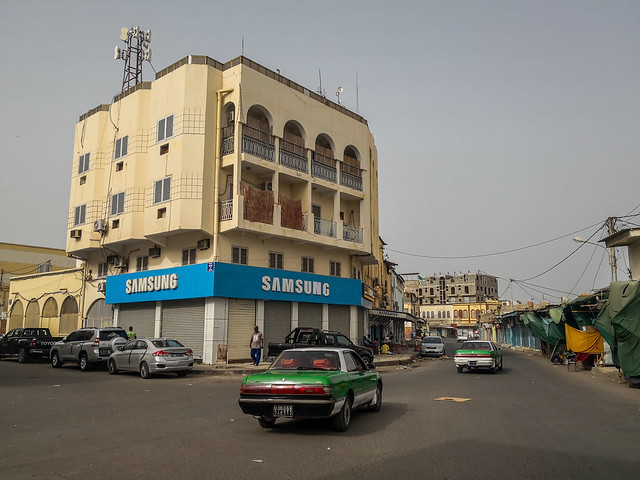 10: Typical green and white taxis drive past one of the more well maintained buildings downtown. You almost always have to haggle with the taxi drivers, as they will attempt to overcharge foreigners. Occasionally you will find a driver that gives you a fair price, and it's a good idea to get his phone number.