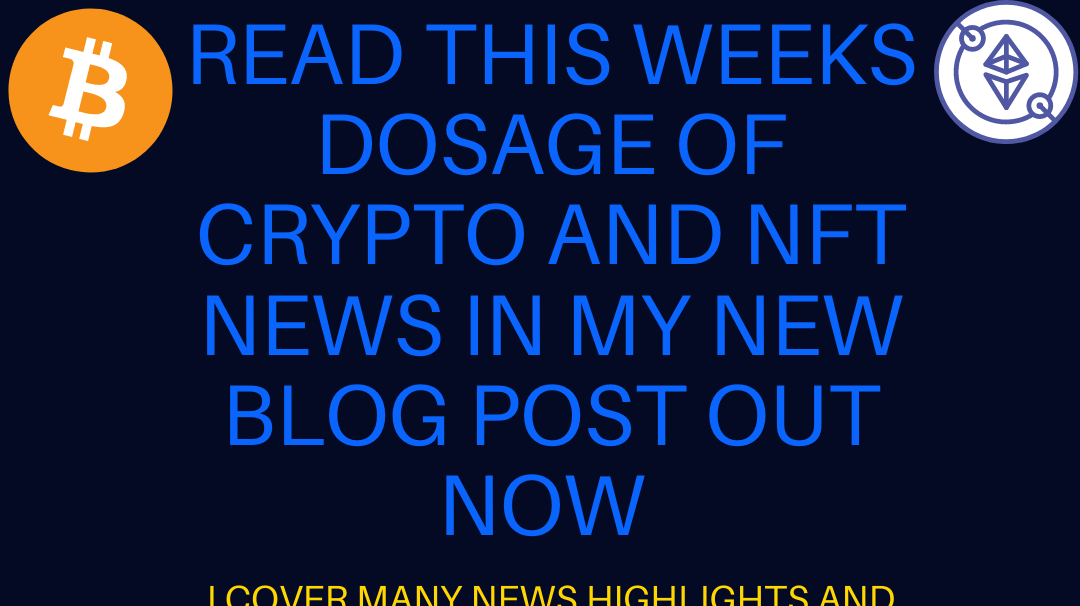 Cryptocurrency News for the week #6

In today's blog post we are going to cover this week's weekly cryptocurrency and NFT news. A lot has happened over the week much of it market-changing news that can send us into a rally. So make sure you read the whole blog to soak in all the great info and news I provide for you. Before we get into the article I just want to state none of this is finical advice and shouldn't be taken as such. With that now out the way, let's get into today's post.

While there hasn't been too much development on the crypto side of news for the united states government this week we still have the public and the market moving forward with adoption. However, though we do have one piece of news that came out this week about the government and its regulators. It's been reported that regulators are looking at possible ways for us banks to hold onto bitcoin. Although it seems that even the United States own government can't even trust the U.S dollar as senator rand Paul brought up the idea that bitcoin becomes the world's reserve currency instead of the dollar. Besides that the public has been moving forward without the government it seems. We can see this with bitcoins newest ETF dropping on the NASDAQ or the New York stock exchange for those who don't know what that is. This new ETF is being released to the public through an organization known as Valkyrie. One of America's largest bank known as The Bank of America Corporation has published a research report offering a bullish and very optimistic outlook for the long-term prospects of NFT’s and cryptocurrency. The report states that the cryptocurrency sector’s $2.15-trillion market capitalization is far “too large to ignore,” highlighting that the digital asset ecosystem has evolved to encompass “so much more” than just Bitcoin. Bank of America stated that the growth of the NFT sector even caught many veteran crypto users off guard.

El Salvador bought another 420 Bitcoins to take advantage of its recent price drop that was caused due to a long-overdue correction to bitcoins price. In other news across the globe, Australia's top securities regulator says it will now start accepting bitcoin ETFs. It seems soon after America green-lighted its ETFs the rest of the west followed. This is great because it means the world's most important and biggest economies are starting to accept bitcoin. We can see now that china is starting to regret its ban on cryptocurrencies as reports as stating that china might un-ban crypto as it's price continues to rise and new research comes out.

One of china's regional neighbors a country known as Kazakhstan expects at least $1.5B in economic activity from crypto mining within the next 5 years it reports. A report from the Data Center Industry & Blockchain Association of Kazakhstan, or NABDC, estimates that cryptocurrency mining could bring in about $1.5 billion in revenue for the country over the next five years. Currently, corporate cryptocurrency mining activities generate about $230 million per year in the country. Alan Dordzhiev, the president of the NABDC, issued a statement saying " The figure of 98 billion tenges ($230 million) is just an economic effect from companies that are officially involved in crypto mining. If we take into account the "gray" miners, then this figure can be safely multiplied by 2." For context, "gray miners" refers to individual citizens carrying forth their own crypto mining operations with often disputed legal status. The association called for greater regulation to combat illegal mining to prevent a possible electricity shortage. Grey area miners consume approximately 500 MW of electricity in the country, as estimated by Dordzhiev. Earlier this month, Kazakhstan's Department of Energy proposed a draft order to impose limits on the amount of electricity consumed by the crypto mining industry to curb power usage. 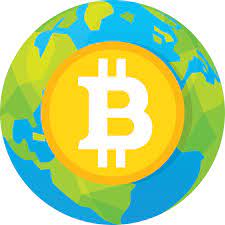 In almost internet-breaking news Facebook chief executive and one of its main founders Mark Zuckerberg announced that his company will change its name to Meta. Which will shift the company brand to focus on the metaverse and virtual reality. This is crazy adoption news as it just proves that America's tech and social media giants are getting into crypto because they believe in it. As we've seen before these companies are usually ahead of what the public knows which is a key part of America's tech companies' success. According to reports social media company Reddit is planning to build its own platform for users to buy and sell NFTs, according to a job listing posted by the company. Reddit is looking to hire a “Senior Backend Engineer, NFT Platform” to design, build and ship backend services for millions of users to create, buy, sell and use NFT products. It seems many social media companies are moving forward with Facebook it attempting to adapt to the metaverse and everything it brings.

Photoshop is making it easier to turn original images into NFTs on its platform. They said that they are planning on adding an upcoming "Prepare as NFT" function to help creators link their crypto wallet directly to the image editing software so they can cryptographically sign their artworks and turn them into NFTS. If more content creation platforms go down this road then we can see a lot of YouTubers and digital artists go down the NFT path which can help bring more adoption and attention to NFTS and the cryptos attached to them.

However, in other news, McDonald’s is entering the NFT space by offering collectibles of the fam favorite sandwich to celebrate its 40th birthday. There are only 10 McRib NFT’s and will be given to lucky fans who enter to win on Twitter. This is just proving that now other companies besides tech and entertainment companies are getting into cryptos and specifically NFTS. They are probably starting to realize the marketing potential of NFTs and I wouldn't be surprised if we start seeing more fast-food restaurants get into NFTS. In even crazier news I never thought I would hear again tesla motors has informed the U.S. Securities and Exchange Commission (SEC) in a quarterly filing that it may restart the practice of transacting in cryptocurrencies for its products and services. which includes bitcoin. This comes after they had originally accreted bitcoin as payment but stopped citing environmental concerns.

Mastercard is preparing to announce that thousands of the banks and millions of the merchants on its payments network can soon begin to integrate Crypto into their products that include Bitcoin wallets, credit and debit cards that earn rewards in Crypto and enable digital assets to be spent. They will also have loyalty programs where Airline or Hotel points can be converted into Bitcoin. Elon must recently respond to a question from a Twitter user asking how much Shiba Inu he holds. His answer was “None.”, In a follow-up tweet, he said he has bought Bitcoin, Ethereum, and Dogecoin, and “that’s it”. Even though it seems Shib has more going for it considering it's on the Ethereum blockchain and is already starting to develop a DeFi community. 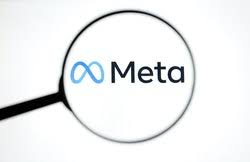 Polkadot is giving its community members accountability and decision-making capabilities through governance. It is bringing the blockchain closer to a state of absolute democracy, decentralization, self-governance, and equal voting rights. DOT holders can vote on every branding decision going forward, from the logo design to the brand identity of the website and its platform. In meme coin news we have a strong rivalry going on right now between shibu inu coin and dogecoin. These coins only have a market cap difference of $200 million dollars with dogecoin being number ten in market cap size and shib being 11th place. My bets are on Shib because of it's community and the ecosystem they are trying to build compared to doge whose community is starting to lose media focus and community growth compared to the expulsion of popularity shib has seen. It seems like all this social media coverage has started to pay off for the community as coin base one of the worlds leading centralized crypto exchanges has become the number one app on the app store in terms of downloads recently.

It seems that more and more retail investors are getting into crypto than ever before. This is great for institutional investors as it's showing the greater public is gaining more interest in adopting and using cryptos. It also means it will most likely bring more attention from governments all around the world which in turn means more regulations. Which is bad or great news it all depends on your perspective, to be honest. Furthermore to prove my point it seems cryptos are becoming bigger than some of the world's financial institutions. We can see this happening with shib alongside its blockchain Ethereum cryptocurrency as well. As shib now has a larger market cap than robin hood an investing app targeted towards retail investors. Don't forget that we also have Ethereum which has now surpassed J.P Morgan as well in terms of the market cap.

This solidifies crypto's position as a leading investing asset as it's far too big now to be a scam or pyramid scheme. Ethereum made this possible through its Altair network upgrade which is important for Ethereum 2.0 which is transacting from a proof-of-work model to a proof-of-stake model. This upgrade is set to make Ethereum 2.0 a much more energy and fee-efficient cryptocurrency. This is important For Ethereum if it's to move onto layer twos and get more adoption. Overall though it's looking good for the market and as well exit the weekend I'm sure we'll see a bitcoin rally and in return the rest of the market. 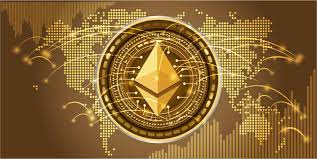