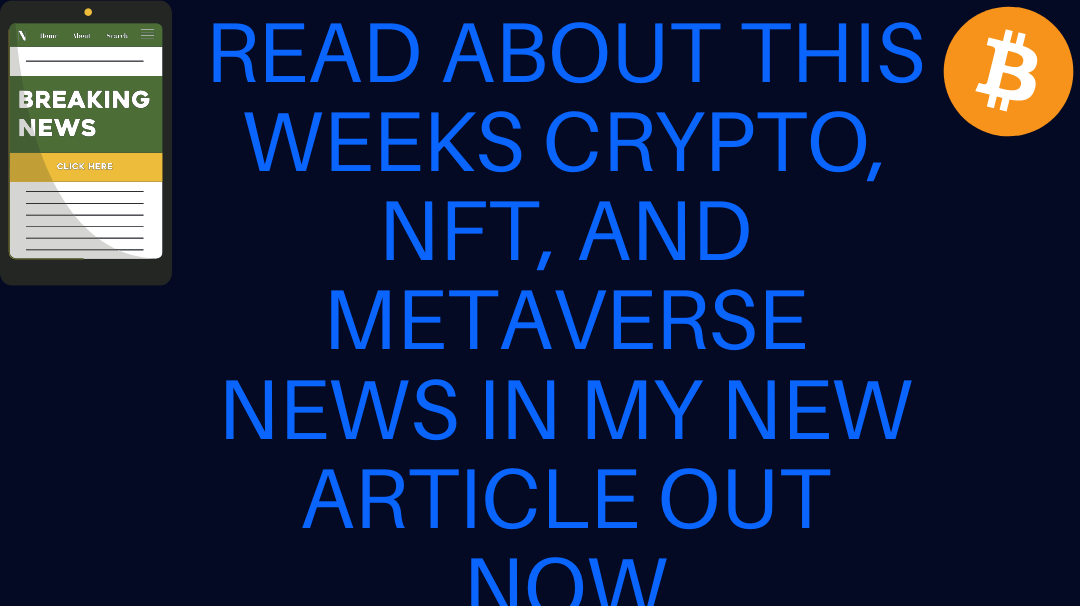 Cryptocurrency news for the week #14

Cryptocurrency news for the week #14

In today's blog article we are going to cover this weeks weekly cryptocurrency, NFT, and metaverse news. This week has been packed with a crazy amount of news everything from adoption to crypto seizures. The news coming out this week can have some big impacts on the market as a whole. So make sure you read the whole article to get a good sense of where the market can be heading. With all that being said let's now dive into today's blog article.

A bipartisan bill introduced Thursday by congress would exempt bitcoin transactions from tax obligations if the associated capital gains are $200 or less, seeking to incentivize the digital currency’s usage as a medium of exchange in the U.S. economy. Currently, any gain obtained from the sale of cryptocurrency must be reported as a taxable income regardless of the size or purpose of the transaction. Some great news for cryptocurrency stakers in the U.S is that the IRS has stated that unsold staked cryptos can't be taxed. Some more news from the federal government came out this week this time from the house of representatives with the house passing the COMPETES act which has an amendment to stop the federal government from spying and banning bitcoin and all other cryptocurrency transactions. The federal government also seized 3.6 billion dollars in bitcoin through the department of justice (DOJ) from an online wallet that was related to the bitfinex hack attack. Ilya Lichtenstein and his wife, Heather Morgan, were detained Tuesday morning. They're alleged to have conspired to launder 119,754 Bitcoin stolen after the breach of Bitfinex's systems. Deputy Attorney General Lisa Monaco said it was the DOJ's largest financial seizure ever.

The state of Georgia now accounts for one-third of the united states Bitcoin mining hash power. The state of Colorado has plans to allow state residents to pay state taxes in bitcoin. State senators from the state of Mississippi have introduced a bill to recognize bitcoin in the state code. The state of Tennessee has drafted a bill that would allow the state to buy and invest in cryptos and NFTs. California-based superfood company everbowl is converting all of their cash reserves to bitcoin during this dip. As many Americans know the Super Bowl is coming up and there is much hype around it in the cryptocurrency market because of the commercials and the rumors surrounding them those rumors are that there will be some cryptocurrency-related commercials to be aired during the game.

A new report by Elliptic shows that there is a sharp rise in Bitcoin and cryptocurrency donations to Ukrainian Non-government organizations (NGOs). Many of these groups have provided some financial assistance to the countries military. Some of the groups Elliptic says are receiving Bitcoin donations include Come Back Alive, which provides training, military, and medical equipment, and the Myrotvorets Center, which has ties to the Ukrainian government. The enemy of Ukraine Russia has come out and stated that they want to legalize bitcoin and all other cryptocurrencies in Russia and allow them to be used in commerce. The African nation of Botswana has agreed to regulate the trading of Bitcoin and crypto within the nation as well. Finally, we have India officially legalizing cryptos within the nation but with a 30% tax. 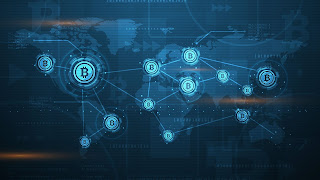 YouTube has stated recently that they are interested in integrating NFTs and cryptos into the platform. Nintendo has also stated that they want to get into NFTs and the metaverse. Apple has come out and stated that they want to integrate Web3 and cryptos into their ecosystem. They already have taken the first step by allowing quick one-tap bitcoin payments. Fidelity recently published a paper called Bitcoin a superior form of money rather than just a tech. in the paper, they stated It is a ” secure, decentralized form of asset and any "improvement" will necessarily face tradeoffs.” The paper also read: “Bitcoin clearly possesses a lot of good qualities of money, combining the scarcity and durability of gold with the ease of use, storage, and transportability of fiat.” Proving that even the world's biggest financial firms are getting into cryptos and deeply believe in them and the tech behind them. 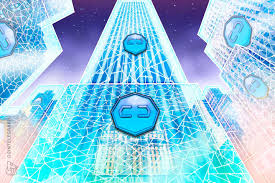 NBA star LeBron James is the latest athlete to embrace cryptocurrency, partnering with Crypto.com to “support educational and workforce development opportunities focused on Web3.” he had also stated that “Blockchain technology is revolutionizing our economy, sports and entertainment, the art world, and how we engage with one another." I want to ensure that communities like the one I come from are not left behind,” James also said in a statement. Singer Justin Bieber has bought bored ape #3001 for 500 Ethereum which had a value of $1,310,125 at the time of the purchase. Justin then again purchased another ape this one being number #3850 for 166 Ethereum which was valued at $444,815. 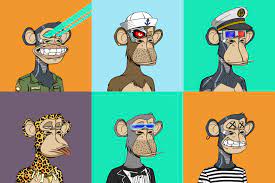