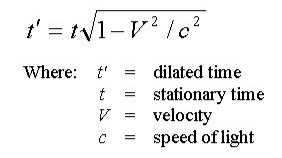 This my entire initial/only correspondence with my father for the first time in about 3 years due to his incarceration. In considering something to say to someone in prison worth saying I opened my eyes to something stupid about the concept of time itself and have been plagued by the implications ever since.

"Time is a measurement, of the distance from a single point in the universe to another. In reality, the Infinite number of points to put the measurement between in order to declare it an actual number to be understood the available mechanism that our brains are capable of manifesting in our 3rd dimensional perception of existence is ultimately nullified; by the idea something infinitely small; as the measurement of an instance. Would also, at the same time have to be a number that was infinitely big which implies That the idea of measuring time creates a paradox in itself. Therefore, is nonsensical by nature. My point being that everything in order for anything to be possibly existing according to the laws that the universe abides... Has to happen all at the same time for lack of a better word. Also indicating, always has and will be happening at the same time. At any given time we all if we were or ever will be together in our existences are always together in our existences. The state of matter is dependent on what is observable by a conscious being. There isn’t anything else of relevance to be said."

Delivering Everyone Intelligence To Yield

No. Time isn't real. Time is a misconception that we embedded so deep in our explanation of what reality seemingly is; makes very difficult, to fathom being in this very universe without time actually "being". It's due to the fact that even to describe with word is impossible to articulate without reference in contradiction to the argument I am going to make. If you disagree and can validate my flawed perspective please speak up. I hope to learn from you truly. Be sure we know no fact. W/Respect...