Is EOS A Good Investment? In-depth Analysis and Near to Longer-Term Expectations 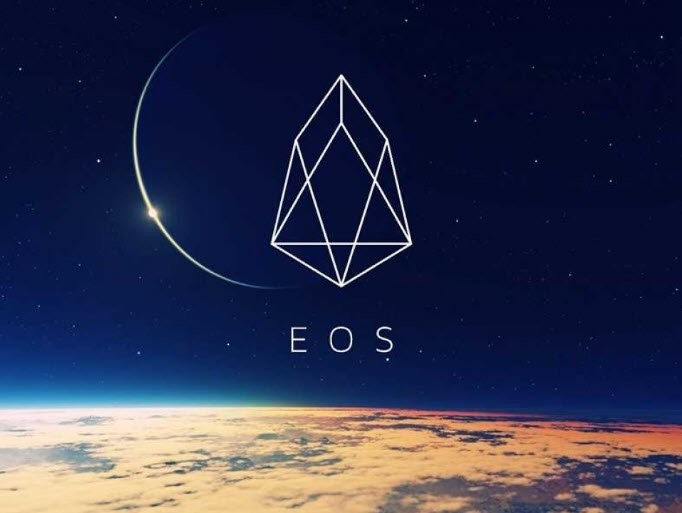 EOS is one of the most popular altcoins and is often dubbed as the biggest rival to Ethereum. Different from Ethereum that utilizes Proof of Work and now is transitioning to Proof of Stake, EOS utilizes what they call as Delegated Proof of Stake (DPoS). Many newer blockchain platforms also utilize DPoS, but EOS was one of the pioneers in using this consensus algorithm.

There are also other improvements that made EOS special compared to Ethereum and other blockchain platforms. This article will explore all the selling points of EOS and whether investing in EOS worth your money or not. Let’s begin!

When Ethereum was first introduced to the cryptocurrencies world many years ago, people started thinking of different possibilities and use cases. While Bitcoin and other older-gen altcoins were mainly used as “store of value” and for cross-border transactions, Ethereum enabled a much wider opportunity thanks to its ability to create decentralized applications (dApps) through smart contracts.

However, the rise of Ethereum’s popularity also caused a lot of problems. Ethereum was not scalable enough, and it was not able to handle a massive amount of traffic. When a game called CryptoKitties and ICOs became popular in 2017, the Ethereum network got clogged pretty fast.

The outcome? Transaction costs became expensive, and transaction speed became very slow at the time. Then, there’s EOS. Since the very beginning of its creation, EOS was designed to solve this exact problem.

For many people, EOS is more scalable and faster than Ethereum. EOS team believes that a blockchain system must have the correct structural foundation if it wants to get adopted by the real industries in the real world.

That’s why EOS uses a much more efficient consensus algorithm that’s called Delegated Proof of Stake (DPoS). Different from Proof of Work where they rely on miners or Proof of Stake where they need hundreds or thousands of validators, DPoS have fixed numbers of delegates who will verify all the transactions.

In EOS, the delegates are called “block producers”. There are only 21 block producers in the EOS ecosystem. Their job is to validate all the transactions in the blockchain. Just like the miners in Proof of Work system or the validators/stakers in the Proof of Stake system.

By reducing the number of nodes from hundreds or even thousands to just twenty-one, the hope is that everything will be able to be verified much faster and more efficiently. These block producers are voted in by EOS token holders.

EOS team believes the Delegated Proof of Stake is the best way to achieve a fast and scalable blockchain system. The grand vision of the EOS team is to be the all-in-one solution for decentralized applications (dApps) and smart contracts.

To keep it simple, EOS wants to become the next and bigger version of Ethereum. And to achieve that goal, having an efficient and fast Delegated Proof of Stake algorithm is their core idea. 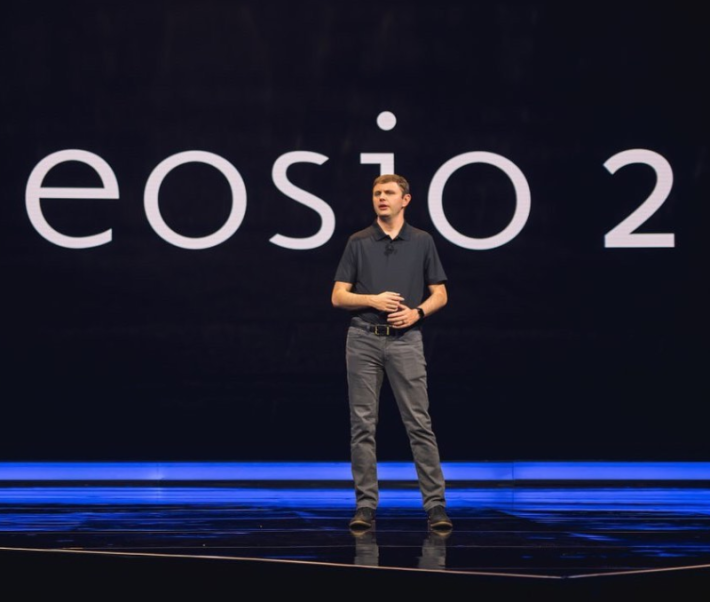 Before we can find out whether one crypto token is worth our money or not, we need to find out who’s the team behind the project. More often than not, investing in a cryptocurrency also means investing in the team’s promises.

Especially about EOS, we need to know whether it will be able to attract bigger and more mainstream developers to start developing dApps on the platform. dApps, in their current state, are not really that mainstream outside of games, betting applications, and decentralized exchanges. Obviously, the EOS team has a much bigger ambition than that.

So, how about the team? Well, EOS is basically developed by a company called Block.One. The main people behind Block.One is the CEO Brendon Blumer and the CTO Dan Larimer. Before his time with Block.one, Brendon Blumer, was mainly known for his involvement in MMORPG and real estate businesses.

Meanwhile, Dan Larimer was known for his involvement in various different crypto projects, including Steem and BitShares. Dan Larimer is also famous for being the “creator” of the Delegated Proof of Stake concept. This is why EOS utilizes DPoS, because Dan Larimer was the one who created it in the first place.

Between Dan Larimer and Brendon Blumer, Dan is actually the much more famous figure in the eyes of the crypto community. Even today, most people always assume the “main man” behind EOS has been Dan Larimer.

Block.One itself received funding for the EOS project through a year-long ICO (initial coin offering). Started in 2017 and finished in 2018, EOS successfully received a $4 billion USD funding and sold 1 billion EOS tokens.

With such massive success in the ICO, EOS hopes that it will be able to break the dominance of Bitcoin and Ethereum. Block.one has a massive amount of capital, and it will become a very important asset for the future.

Unfortunately, talking about the EOS team is not just about “rainbow and sunshines”. There is one “stain” in the history of the team. The controversy happened when the famous late-night host and comedian John Oliver had a segment about cryptocurrencies.

John Oliver specifically told his followers to google “Brock Pierce Scandal”. And a google search of that exact key phrase would show you articles about lawsuits against Brock Pierce. Apparently, Brock Pierce was accused for being involved in a pedophilia case.

And who is Brock Pierce? Well, he was the Chief Strategy Officer for Block.one. After the segment by John Oliver, Block.one immediately cut their relationship with Brock Pierce.

Despite Block.one efforts to distance itself from Brock Pierce, but the relationship history between the two would be available on the internet forever.

If there’s one project that actually has the chance to surpass Ethereum, it’s EOS. Like what we have written above, EOS developer Block.one, has a massive amount of resources. Not only that, but EOS also has plenty of dApp developers and active users. Along with Tron and Ethereum itself, EOS is among the top 3 dApp platforms in the world, as reported by dappradar.

The future of EOS looks bright. Since its meteoric rise to the top of altcoins ranking in 2017 and 2018, EOS has successfully stayed inside the top 10 rankings for a long time. Not only about its market cap, but also its development has constantly been making good progress.

The challenge that EOS might face for its future is the general challenge that also faces other cryptocurrency projects. At its current state, there are not many developers who are interested in building something big in the form of decentralized applications. Most of the dApps out there are simple casual games, gambling applications, or decentralized exchanges (DEXes).

And if this trend continues to happen, of course, that will also question the longevity of EOS. As we know, EOS is the platform to build decentralized applications. And if there’s no enough interesting and mainstream dApp that can attract the masses, people will start questioning the purpose of EOS or even all the other dApp blockchain platforms as well.

Outside this general challenge, another potential roadblock for EOS is the existence of Ethereum. Even though EOS has proven itself to be the more scalable and faster blockchain platform, but most people still build their applications on top of Ethereum. It creates a “chicken and egg” situation.

It will take a lot of time and effort before the crypto and developers community can finally see that EOS is the better solution. But for now, despite EOS popularity, Ethereum is still the more obvious choice for everybody. And it might stay that way if Ethereum developers can find a way to properly “scale” Ethereum blockchain.

Based on EOSNetworkMonitor, EOS’ highest transaction per second (TPS) in the main net was 3996. That number is impressive compared to significantly slower blockchain platforms like Bitcoin and Ethereum. Not only from the TPS perspective, but EOS also has been adopted by a decent number of dApp developers. 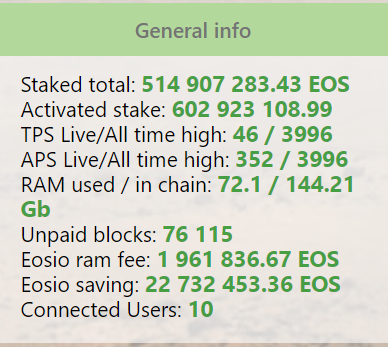 Alongside Ethereum and Tron, EOS is one of the most popular dApp platforms on the planet right now. CryptoLegends, EOS Dynasty, EOS Knights, and EOS Royale are proven to be the most favorite games for EOS supporters. Outside games, EOS is mostly used for gambling dApps and decentralized exchanges.

Talking specifically about decentralized exchanges, the most popular EOS-based DEX is called Newdex. The volume at Newdex has been consistently rising in the past few months. Hopefully, Newdex can show the world how capable an EOS-based DEX is.

Block.one itself is not only trying to improve the EOS blockchain, but it also tries to speed up the “adoption” of EOS by creating a new social network called Voice. The EOS team believes that social network, at the present state, needs to be reworked.

There are too many problems with the centralized social networking industry (which almost all of them are controlled by Facebook, anyway). Voice is hoping to leverage the blockchain technology in order to create a social network as it should be.

If Voice can get a significant portion of the social networking market share, that will be a big win for EOS. Voice wants to become the first mainstream dApp that’ll be used by hundreds of millions of people. Whether they can actually achieve this goal or not, only time knows the answer.

The Importance Of EOS Token

When we invest in a cryptocurrency, we also need to understand the importance and use cases of the token itself. While EOS is a grand project with big names behind the team, but what about the token? Well, the native cryptocurrency in the EOS project is simply called “EOS”.

The use case of EOS token inside the EOS ecosystem is to be used as the currency for network resources and dApp creations. dApp developers who develop on EOS blockchain will be able to loan bandwidth and other resources.

Meanwhile, EOS token holders can lend their bandwidth, log storage, and other resources to these dApp developers. The transactions between the parties will use the EOS token.

Apart from that, the EOS token is also needed to vote. As we have mentioned above, EOS uses the Delegated Proof of Stake. In order to vote in a specific block producer, the users need to stake their EOS tokens.

The use cases of EOS token are often criticized by supporters of rival cryptocurrencies. Some Ethereum supporters often accuse EOS token for being “not useful enough” in the EOS ecosystem itself. They believe natural demand for EOS token will not rise even if one day EOS becomes much more popular than today.

EOS is one of the most famous altcoins, and it is the biggest competitor to Ethereum when it comes to smart contracts and decentralized applications. It looks like EOS has a really bright future, although nobody can be sure of the future, of course. If there’s any crypto project that can help dApps to go mainstream, EOS is one of the few serious contenders that has all the right recipes to do it.