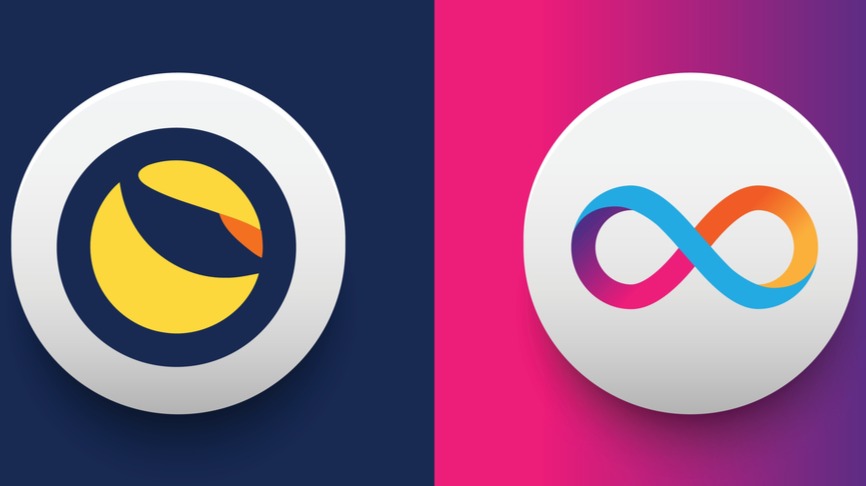 The Internet Computer and Terra

Two companies working in the blockchain field have recently set out on a path that will shape the future. Their names are Terra and the Internet Computer. Both companies aim to lay the framework for a better and more secure blockchain technology to be developed in the future. However, they plan to do so in different ways. Each offers a tremendous amount of value in the way of technical innovations and use cases that are backed by solid teams. While both are incredibly ambitious and deserve recognition and praise, let’s see how they diverge.

ICP is aiming to become the future of the internet. In short, it intends to become a layer1 protocol on which all other applications in Web3 run. It will host programs, apps, and entire websites without the need for centralized control. What if there was a way for you to own your data? What if you could sell it to other people directly? And what if there was an internet protocol on which all applications ran without a central authority or server? That's what Internet Computer (ICP) aims to do. It's a layer 1 blockchain protocol that will host programs and apps without the need for platforms like AWS or Google.

Terra, on the other hand, is aiming to be the future of payment networks. Luna (LUNA) and TerraUSD (UST) are two native tokens of the Terra network, a blockchain-based project developed by Terra Labs in South Korea. Its goal is to move all payments into the blockchain. To achieve this goal, the platform will run on stablecoins- cryptocurrency tokens that have fixed values—and it features the native LUNA token that allows users to make payments quickly and easily across borders without having to worry about foreign exchange rates or conversion fees. In short, it is a layer 1 blockchain protocol that comes with smart-contract functionality to power price-stable global payments systems.This means that its stablecoin will be maintained algorithmically instead of being tied up in banks where it's vulnerable to inflation and manipulation by governments or corporations.

The Terra project has issued numerous stablecoins pegged to the USD, EURO, Yuan, Yen, British Pound, Korean Won, and the IMF’s special drawing rights. Its main stablecoin, which is the Terra USD (USDT), is designed to reduce the volatility of the crypto market that comes with coins such as BTC, and ETH.

The Internet Computer Protocol (ICP) is designed to be an open, decentralized internet that can operate on any device and connect people in a more secure way. As mentioned, this project is designed to improve upon the existing internet by removing reliance on centralized third parties such as Amazon and Google.

The use cases of this platform are vast. The ICP is also designed to be innately secure and offers extremely reduced costs compared to the existing Web2 internet. This platform is also designed to be interoperable with existing networks such as Ethereum. As such, all the decentralized finance capabilities of Ethereum can easily move into the Internet Computer Protocol.

Terra Luna was built to bridge the gap between our real-world economy and the world of crypto. It's a programmable stablecoin that is backed by an extremely sophisticated mathematical algorithm called Terra-Luna Protocol. Unlike other stablecoins, Terra does not have any collateral reserves or any backing from fiat currencies like USD or EURO. Instead, Terra uses the Luna Token to different national currencies without any collateral reserves.

The internet is changing, and it's not going to be the same way it was before. That's why we're building a new internet—the Web3 Internet. It's transparent, open, and low-cost, and it will change everything about how you interact with your personal data—and the world around you.

Terra and Internet Computer are both projects with noble goals: to make blockchain technology ubiquitous across all sectors of society. But only one of them has taken the bolder step of designing a whole new internet in order to do so: the Internet Computer.

Today, most of the global economy runs via the hands of a few mega-corporations who have been able to use their monopoly power to control pricing and limit access for those who don't pay up. Internet Computer is going to transform this system with a decentralized Web3 internet that is open, transparent, and has extremely low costs—while allowing anyone to use their own personal data as they see fit. What will be in store for Terra’s Luna? One can speculate that this is the beginning of heavy-handed regulation by the government. Others might say that Terra will have to go through growing pains for it to move a step closer to fulfilling what Bitcoin originally set out to be: a peer-to-peer electronic cash system.