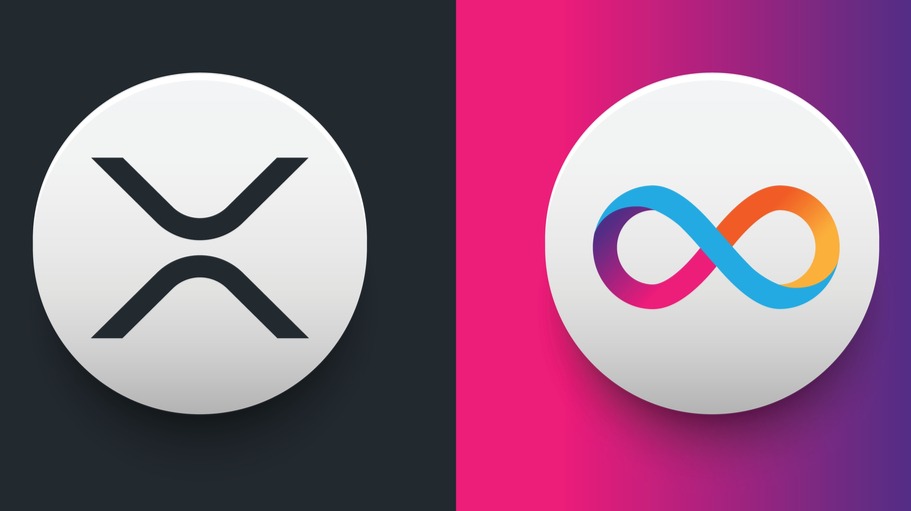 The launch of Bitcoin in January 2009 was no doubt one of the biggest technological events of the 21st century. Besides launching a cryptocurrency, it also launched the blockchain. Soon after the launch of Bitcoin, the Ethereum project with smart contract capabilities was launched.

For years, there has been a discussion on bringing smart contract capabilities to Bitcoin. However, none of that has been made a reality, until recently, when the Internet Computer project announced it is planning direction integration with Ethereum and Bitcoin. Instead of bridging BTC into the Internet Computer, the integration will implement Chain Key Cryptography to create a secure, direct interface with the Bitcoin ledger.

Beyond Bitcoin and Ethereum, a project that Internet Computer could integrate with, in the future, is the Ripple XRP project.

Should Internet Computer integrate with XRP? Internet computer has often been a target of Ripple's critics. These questions are raised more and more as XRP's price keeps rising, and other voices add-in. XRP and ICP are both highly ambitious projects that want to reshape how businesses and consumers use money in their everyday life. However, they’re taking two completely different paths to achieve it: ICP wants to modernize the internet itself while Ripple wants to make cross-border payments faster and cheaper than ever before using blockchain technology. Let us examine this in detail.

To understand such an integration, it would be important to first understand what Ripple and the Internet Computer's goals are. Ripple designed a payment protocol, which creates a new layer of security to shorten the time it takes to make transactions anywhere in the world. No matter where you are, you can receive a transaction fast, at low transaction fees. It is designed to be a direct competitor to Western Union and SWIFT. The Internet Computer was built as a decentralized replacement for current cloud computing services.

What would be the Benefit of the Ripple integration:

A major advantage of a Ripple integration is that the platform can work directly with banks.

The Internet Computer has a goal of becoming a singularity, and Ripple could be a very useful way to bring the global banking industry onto the platform.

Ripple is designed to be extremely fast. Transactions often take 5 seconds or less to complete, no matter where one is located in the world.

The benefit of Ripple over blockchain networks is that XRP has unlimited scalability. XRP has already proven itself numerous times by being able to handle thousands of transactions regularly. A Ripple integration will ensure that the Internet Computer can integrate payments into any products it creates, placing fiat currency at the center of the platform.

Another good reason to integrate Ripple into Internet Computer is the amendment process, which was built for broad participation. Through the process, developers working with Ripple can propose various changes to the Ripple ledger, which are vetted and agreed upon by the community of XRPL node operators.

These amendments operate similarly to feature updates. They are designed to improve the user experience and capability of the XRP ledger. It ensures that Ripple will never suffer from the problems of stagnation that face major blockchain networks. The feature has already been tested and led to a slew of new features and design improvements, making it a more efficient means to process transactions compared to other methods.

Finally, the Internet Computer was built as a decentralized replacement for current cloud computing services, and it offers a wide array of use cases that can take advantage of its high speed and scalability.

Similarly, Ripple works in a similar fashion, with the difference that it was created as the underlying infrastructure of the global financial system. It has already been adopted by many organizations such as MoneyGram that are using it to facilitate their cross-border payments and make them faster than ever before.

Since both projects allow their users to access databases through the use of a single protocol, it might be helpful if they were to work together.

Ripple has also been facing major business challenges. For instance, in December 2020, the SEC charged two of Ripple’s executives with engaging in an unregistered securities sale. The lawsuit complicates interactions with Ripple since the SEC considers XRP to be a security. Besides that, the product created by Ripple is not unique. Since it is a centralized product, banks, which have numerous resources will soon begin to roll out similar products.

As a result, the legal woes that Ripple's faces are confounded by the fact that banks are launching similar centralized products making Ripple less than ideal for the internet Computer project integration.

The Internet Computer has not yet revealed any plans to integrate with XRP. However, if the ICP and XRP did join forces, it would enable the Internet Computer to quickly reach the mainstream financial system. Ripple is already working towards this goal, so it could be a good fit.

The Internet Computer is focusing on creating a way to make the internet more powerful, efficient, and accessible. This means that they are targeting every single application that runs on the internet. Ripple is mainly focused on payments.

Integration with the Internet Computer could make Ripple’s goal of reaching 1 billion users possible and accelerate payment adoption by making it easier for Ripple to process payments at scale.

However, it is important to note that Ripple was built from the ground up to support payments. So most of the other benefits offered by the Internet Computer may not be useful for Ripple’s goals. As the trend is leaning toward a multi-chain universe and security from hacks and exploits has shown that bridges aren’t the right answer, it is important to keep an open mind. Collaboration is ultimately the goal, not competition.