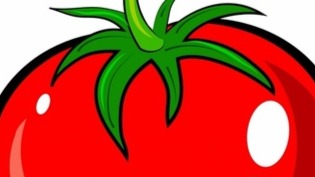 Executive Order 6102- We Will Be Taking Your Gold From You

By SeventyFourSeventyFive | Interesting Thoughts, That Aren't Always Mine | 14 Aug 2021

Ever wonder how much power we give the US government? Just for fun reading, here is a brief story in American history where gold ownership was against the law. This period started in 1933 and lasted four decades and it was called Executive Order 6102.

It is not quite as bad as it sounds, citizens could still own up to five ounces of gold themselves, as well as collectible coins. Also, you could own gold for business and art, such as dentist and jewelry makers could still own gold for their work. These exceptions would account for a lot of the gold in the average person’s holdings, so it was not a wholesale collection of all gold. To be fair, I should point out that citizens who were required to turn in their gold were reimbursed at the going rate at the time, $20.67 per troy ounce.

So why did this happen? At the time, America was in the midst of the Great Depression and the president (Franklin D Roosevelt, or FDR) was looking to resolve issues arising from the economic setback.  One of the problems was that the Federal Reserve wanted to print more money, but, due to a constraint that said federal notes required the backing of gold at a 40% level, this was not possible. Since there was not enough gold to cover additional printing in the federal reserve, they could not put more money into circulation without obtaining more gold. Since going out and mining enough gold was not really a viable option, they decided to take gold from US citizens. It wasn't a perfect option, they were essentially paying 40 percent on every dollar they printed since they had to pay the current price of gold.

While this upset many people at the time, the amazing fact of this Executive Order is that it stayed in effect until 1974. At that time it was repealed by President Gerald Ford. In 1977, Congress made Ford's order permanent and took away the president’s ability to confiscate gold for national emergencies, excluding war. This need to take gold from individual Americans would not be necessary today since printing money is no longer tied to gold. This removal of the gold standard happened in 1971 but President Nixon (this is probably worth its own article) which is funny, since it took three more years for Ford to reverse the ability for Americans to own goal.

Additional fun fact, because of the order, 1933 Gold Eagles are among the rarest and most valuable coins you can collect as they were almost  all melted down back into bullion. Two of the coins were saved by the government, while an additional estimated 20 were stolen/hidden.  Nine of those were recovered and melted down and the other 13 are known to remain, only one is in private hands.