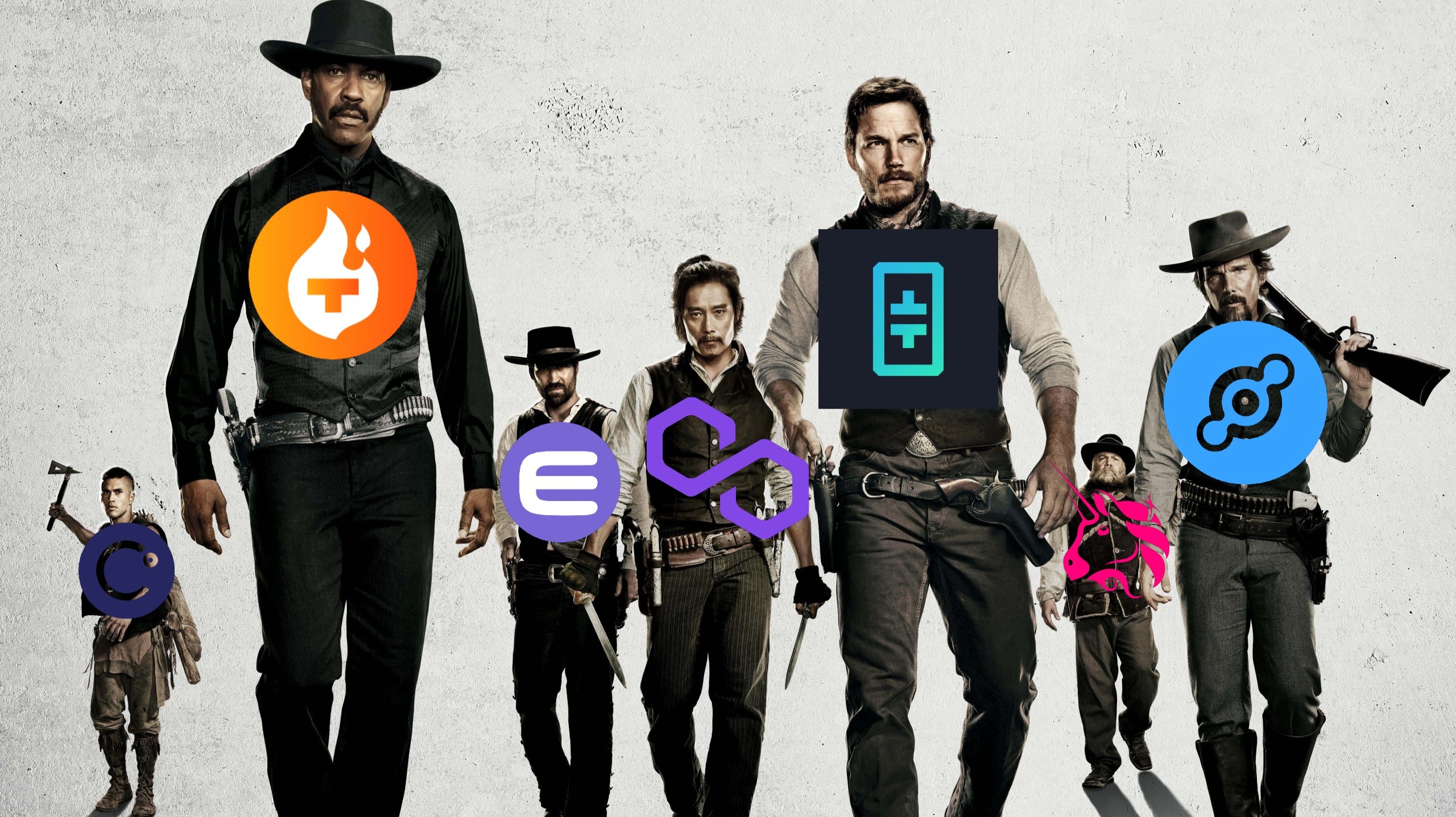 In this article, I will take a look at the seven altcoins that increased the most over the past seven days (May 21st - May 28th). Note these are top gainers in top 100, there are other projects that have gained more that have smaller market caps.  Those altcoins were -

TFUEL has been trading inside a descending parallel channel since reaching an all-time high price of $0.568, on March 24. Parallel channels often contain corrective movements. On May 19, it reached the support line of the channel and began the current bounce.

The upward movement was preceded by bullish divergence in both the RSI and MACD. The former has crossed above 50, while the latter is close to turning positive.

At the time of writing, TFUEL has reached the resistance line of the channel.

A breakout would likely take it towards the all-time high region of $0.56. 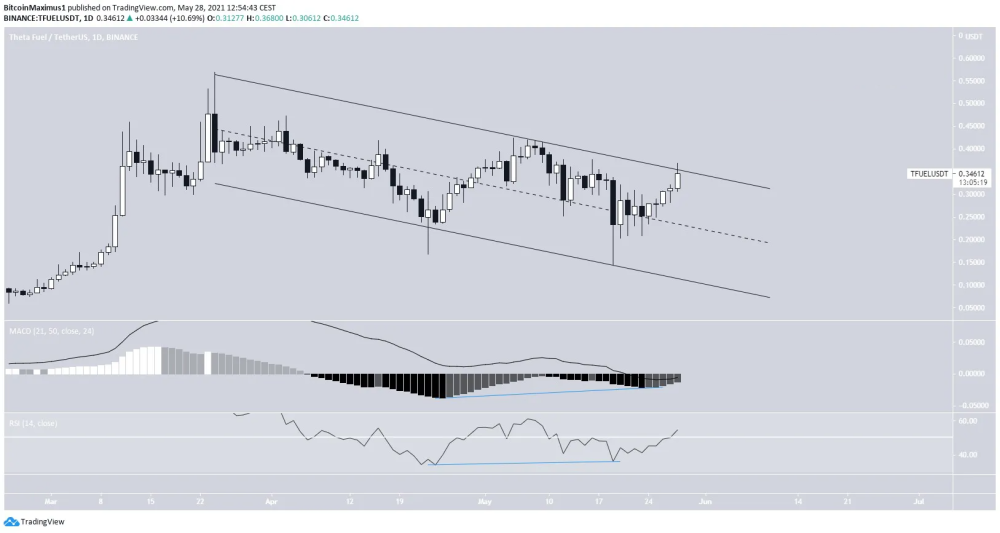 Similarly to TFUEL, THETA is also trading inside a descending parallel channel. It has been doing so since April 16, when it reached an all-time high price of $15.88.

At the time of writing, THETA was in the process of reclaiming the middle of the channel, a bullish sign. 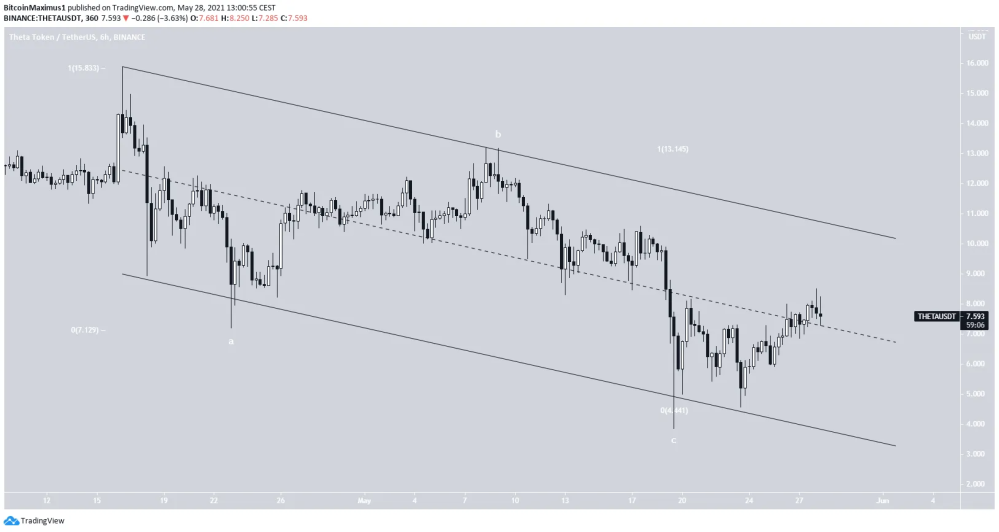 Like both THETA and TFUEL, HNT is also trading inside an extensive descending parallel channel. It has done so since reaching an all-time high price of $21.50, on April 7.

It bounced at the support line of the channel, on May 23, and began to move towards the resistance line.

However, it was rejected sharply by the resistance line of this channel, on May 27, and has been moving downwards since. 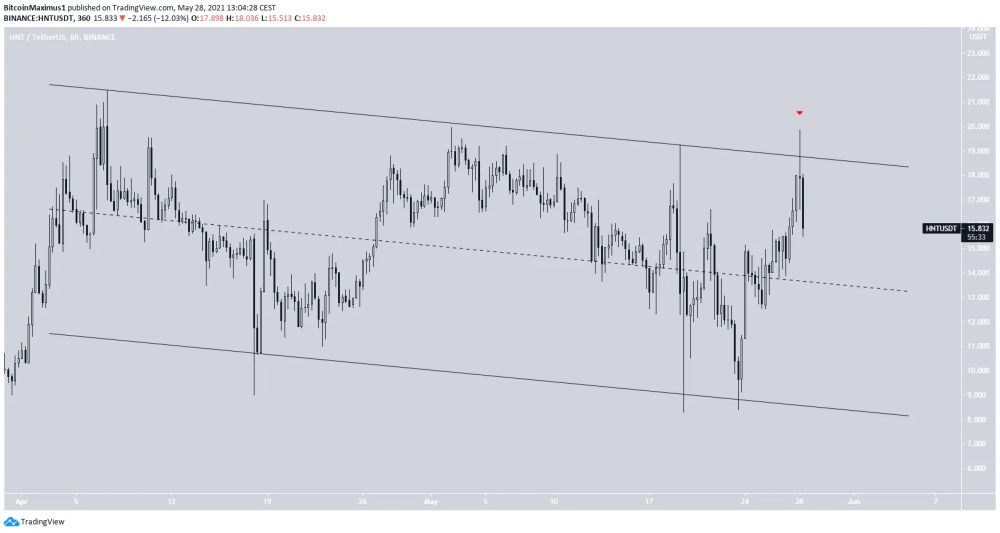 MATIC has been increasing since reaching a low of $0.74, on May 23. The upward movement has been swift and looks like the beginning of a new bullish impulse. Furthermore, it caused a breakout from a descending resistance line.

It is approaching a crucial support level at $1.59. This is the 0.5 Fib retracement level, a horizontal support area and the descending resistance line, from which MATIC broke out previously. 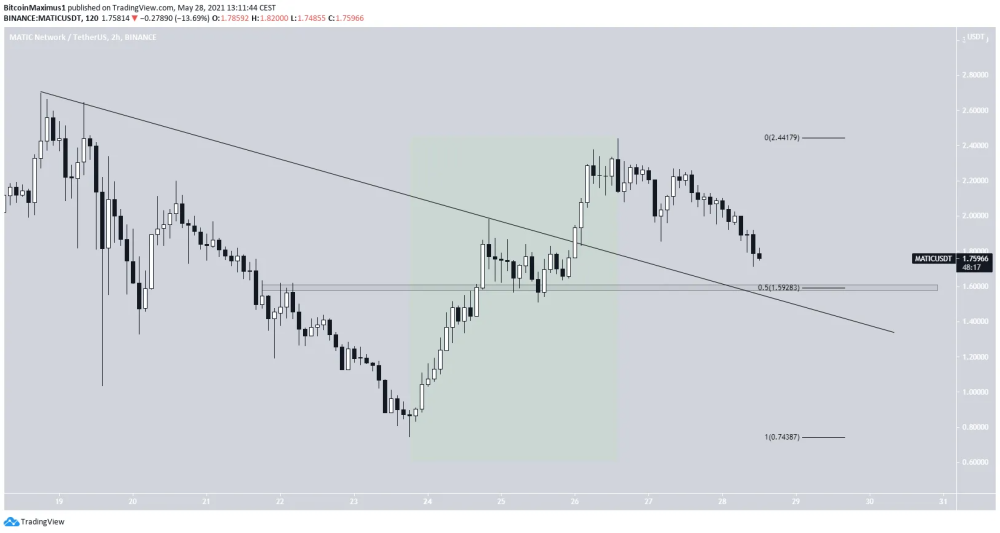 CEL is potentially trading inside a symmetrical triangle. The pattern began on April 9, and so far both the resistance and support lines have been validated more than thrice.

This is a neutral pattern, so both a breakout or breakdown could occur. On top of this, technical indicators are neutral. This is especially evident by the RSI cross above and below 50 and the MACD being at the 0 line.

At the time of writing, CEL is trading close to the resistance line of the triangle. 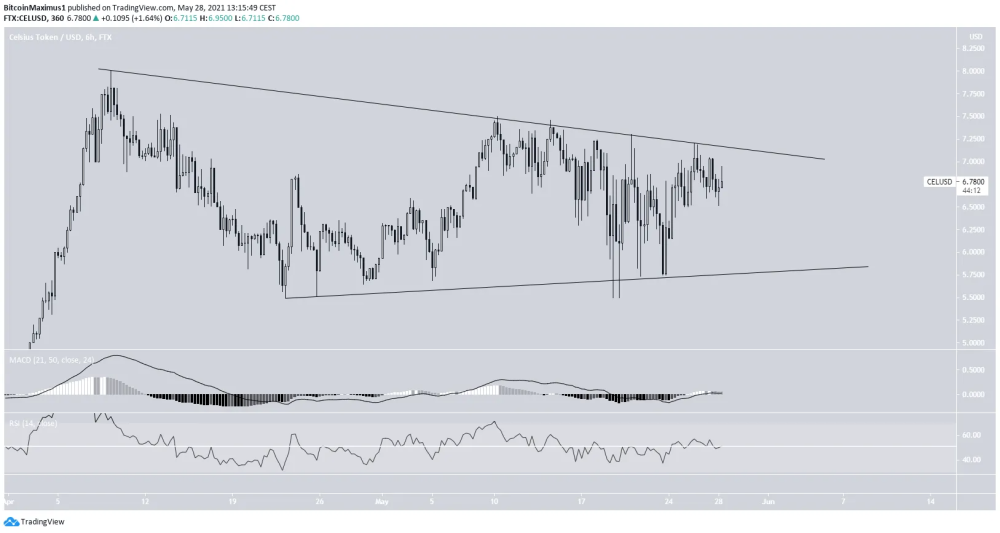 ENJ has been following a descending resistance line since April 9, when it reached an all-time high price of $4.

So far, it has made four unsuccessful breakout attempts. The most recent one occurred on May 26, after ENJ bounced from the $1.10 support area three days prior.

Despite the rejection, it is still possible that ENJ will re-test the $1.10 area once more and eventually break out.

On May 23, UNI reached a low of $0.13 and bounced, creating a bullish engulfing candlestick (highlighted). The bounce took it all the way to the 0.5 Fib retracement level at $0.28. The token was rejected afterwards and has been decreasing since.

There is support at $21.50, created by the 0.5 Fib retracement support level.