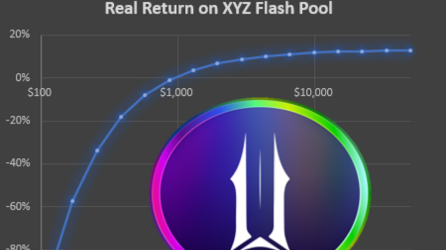 Illuvium XYZ Flash Pool - It isn't for you. Or is it?

So, you’re excited that there's a new way to earn 300%+ APY on Illuvium, letting you stake the XYZ token to earn ILV?  Should you jump in?  Today, you can ask your “not financial” advisor if ILV Flash Pools are right for you!

If you already have $1000+ XYZ, or are interested in acquiring more than $1000 of XYZ, the Illuvium Flash pool might be worth considering to earn some ILV.  If you don't have XYZ, aren't interested in the token, or plan to stake less than $1000 worth, I strongly encourage you to reconsider.

What is a Flash Pool?  And what is XYZ?

Currently on Illuvium.io, you can stake XYZ, the Universe Protocol governance token to earn ILV, the Illuvium governance token.  If you're not familiar with it (I’ll admit, I wasn’t), the Universe Protocol is an NFT marketplace, currently with a market cap just over $50 million.  This project connects well to the intent of the Illuvium Flash Pool marketing plan, which is to create interest and awareness of Illuvium to other relevant crypto communities.  Flash Pools are short term (2-weeks only) staking opportunities that allow holders of specific other tokens to join the Illuvium community, pick up some rewards and see the connection between projects.  Two previous Flash pools have already concluded in the ~2 months of ILV staking, one for Synthetix (SNX), and the second for Axie Infinity’s AXS token.  Now, it’s XYZ’s opportunity to join the fun in earning ILV.

As of writing this (8/24/2021), the Flash pool APY sits at 345%.  This is due to 2% of this fortnightly period’s total ILV staking rewards (around 90,000 ILV) being allocated to those choosing to stake XYZ rather than participating in the two existing core pools, the ILV pool and the Sushi liquidity pool.  The ILV pool is currently distributing around 17,000 ILV to those who have staked the Illuvium governance token, while about 71,000 ILV are going to those in the SLP.  This equates to current APY of about 83% and 610% respectively.

But you’re here today to learn about that sweet little 345% yield, and whether its worth it.  Due to the allotted 2% allocation of ILV, about 1800 ILV will be distributed to those who stake XYZ across the two week period, or about 128 ILV per day.  Currently, there’s almost $7 million in XYZ staked with ILV, which is a little crazy, as that means 13% of all circulating XYZ is currently staked with Illuvium.

However, the biggest things that differentiate the XYZ Flash pool from the core pools are:

This means it’s a limited time opportunity to earn 345% on your XYZ.  This rate is variable, and will change over time as people enter and exit the pool, and the price of ILV changes.  Something that is similar to the other pools - any ILV rewards earned will be locked for 52 weeks in the ILV pool while they vest.

With the limited time period, if this rate were to hold constant, you would expect to actually get a 13% return (345% APY/26)before fees.  To calculate your potential expected return, multiply the dollar value of your XYZ stake by 0.13.  For example, if you stake $1000, you would get $130 in ILV across the two weeks (more examples below).

While that’s awesome, it also neglects the fact that you have Ethereum smart contract interactions to both enter and exit the pool.  As ETH gas fees continue to be quite high, you’re potentially looking at $80+ in gas just to join and exit the pool.  You’ll also eventually need to withdraw your rewards after they unlock in a year.  This also ignores if you decided to swap for XYZ on a DeFi exchange and paid additional gas to get the tokens just for this event.

Below is your expected actual return based on the amount of XYZ you staked. 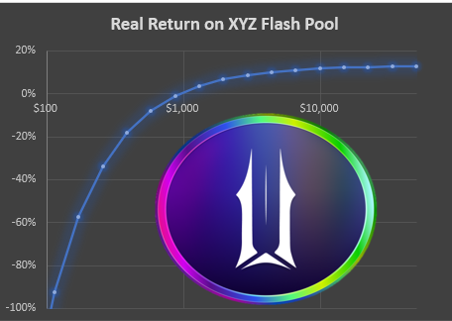 In short, if you’re planning to stake less than $1000 in the Flash Pool, I strongly advise against it, as you are likely able to make a better return in ILV considering the ILV pool instead, particularly if you don’t have XYZ already.  If you invest above that, consider your options, especially if you don’t already have XYZ.  Check out my calculators to understand potential returns in the core pool instead.

Who are the Flash Pools for?

Flash pools are really intended as a marketing tool, drawing holders of other tokens in with juicy short-term yields to gain awareness of Illuvium.  If you’re already into ILV, you’re likely not the target.  You may be able to take advantage of high rates of return if you already hold a large number of the Flash pool token, so definitely check out future pools in the future.

However, if you don’t already have the partner token, it's probably not a good reason just to jump into a new crypto project just to earn some ILV in the short term.  While the APY is crazy, it only lasts for 2 weeks, so yes, getting a 13% return on your money is awesome, never neglect your fees or risks when jumping into something new.  So who is the XYZ pool really for?

Who isn’t the Flash Pool for?

For those reading this, chances are you’re already interested and aware of Illuvium.  You may be chasing yield, but make sure you do the math before you dive in.

If your goal is just to get ILV, buy ILV.  You’d get an equivalent return in ILV just by staking in the ILV core pool at 2x weight in 8 weeks.  Yes, it's four times longer, and you do actually have to tie up your ILV stake for a year, but if that’s your goal, just do that more directly.

In short, if you’re already a holder of $1000+ XYZ (hopefully way more than in order to not just swap ETH gas money for ILV) and you’re interested in picking up some quick ILV, you should consider joining the Flash pool.  If not, really consider if there’s better ways to join the Illuvium staking community. 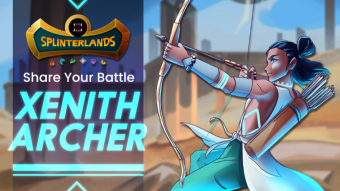