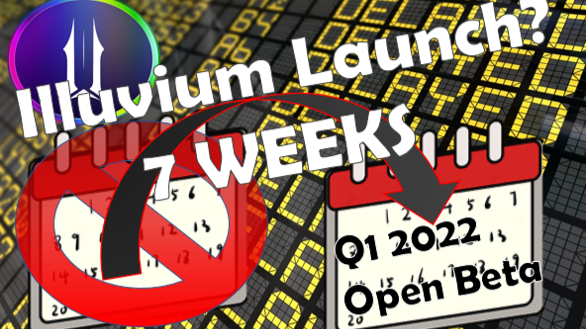 As you may have seen, Kieran Warwick announced this past Sunday (8/29/2021) to the Illuvium Discord that the release of the gameplay trailer and open beta of the main game are officially delayed.  The trailer, slated to be released about now, has been delayed for “seven weeks” and the open beta is now expected in “Q1” of 2022.  Kieran indicated that the delay was due to the trailer now being “significantly longer,” “including story elements as well as gameplay from the overworld.” 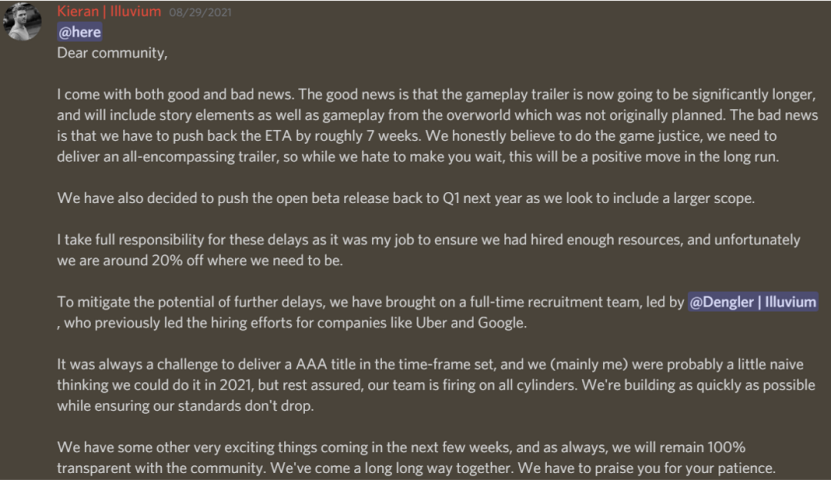 To ensure further delays are avoided, they are now adding a full time recruitment team led by “@Dengler” “who previously led the hiring efforts for companies like Uber and Google.”  On Discord Sunday night, Aaron Warwick, Kieran’s brother and co-founder also stepped up with the community indicating the expanded scope was his idea, and that he also bears responsibility for the delay, as well as dropping a note that Kieran was briefly hospitalized, but is okay.

There was mixed emotion across the community, though even with the most avid members and early investors present on Discord, the mood remains quite positive, myself included in this.  While the ILV price was riding high on Saturday, breaking the $530 barrier, in the hours following the delay announcement it dropped to $470, only to return above $500 shortly thereafter.  In addition to sharing this news, I want to give my perspective on why I’m positive about this delay.

Kieran has spoken to this multiple times, that he, Aaron, and “Von Neumann” (art director and cofounder) always set out to create the first AAA grade blockchain game.  Acknowledging that the NFT and P2E trend is hot now, the team has publicly indicated they intentionally set aside the quick payday to create a more lasting product, even envisioning a franchise of multiple titles from day 1.  While incredibly lofty in aspiration, it was this goal that actually drew me to the project.  I’m a long-time casual gamer, and the exact description of what they were trying to accomplish is something I’m genuinely excited to play.  This mainstream audience is known to be harsh on mistakes, flops and missteps, so taking time to get even the trailer right shows the commitment to long term success over a short term cash grab.  I say this a lot, but the bar in the P2E space right now is Axie.  In my opinion, it will not be hard to exceed this from a gamer perspective in the short term, but certainly this is just the birth of this space.  Success longer term will require more effort.

Tie this commitment to quality with the upper management’s extending their linear token unlock by two additional years, it is less likely that this was intended as a delay tactic to push product launch until they can cash in on the hype and 15x run up in price since June.  The narrative holds together as a consistent vision and long term commitment to quality, to which I approve.

There are definitely concerns in the community that seed and team token unlock does begin in March 2022, but remember, it is not a cliff unlock, and only 8.33% of these tokens would be available to sell in March, and this number drops to 2.78% for upper management.

Two things give me confidence.  First, the potential financial gain for these founders, early investors, and team members is so small relative to their potential gain over the full year (March 2022-March 2023).  Only about ⅓ of their locked tokens will be available to sell before the community staking tokens begin to unlock (July 2022), which is actually the larger increase in circulating volume.  Secondly, the Illuvium team retains a strong first mover advantage to create a quality game in this space.  While P2E games are springing up, nothing has roped me in like the premise and quality shown by Illuvium.  This leads me to my third positive.

So far, only the trailer is approaching a missed deadline.  If keeping the community calm and in the dark was the objective, why combine the trailer announcement with a delay in the beta?  Transparency.  In addition to Kieran and Aaron both very publicly tying their names to this project, they remain incredibly open with both the successes and setbacks of trying to bring an AAA grade blockchain gaming franchise to life.  In my experience, a flop in the public launch would be a huge negative for the future of the game.  Taking time now and ensuring a smooth launch is critical, especially with the potential revenue poured into the game after the closed beta wipe.

I will admit that my heart sank and I felt momentary panic as I read Kieran’s note just after it was posted on Sunday.  While I’m not over extended by investing in this project, I’ve also yet to experience a true rug pull in crypto.  As I’m clearly committed mentally in the Illuvium universe, my spidey senses did tingle a bit reading the announcement.  Regrouping and reassessing, I view this as a new opportunity to avoid the added hype, engagement, and increased staking activity that an amazing gameplay trailer would surely bring.

I know this is ironic given my writing, but I’d love to have a few more months without new people pouring into my staking pool.  It’s a bit of a double edged sword, as I’m also confident given the limited token supply, with nearly half of the circulating tokens already locked in the ILV pool, good news is likely to drive up the price on the remaining liquid supply.  Such a price jump would create a psychological barrier for new investors (why get in now?  It’s so expensive and I missed the big price jump!).  However, I think my interests are better served by less attention being drawn to the project, and perhaps even skepticism of the project due to this missed deadline.  I understand the irony of me sharing this, as I’ve become a content creator trying to help people understand the project by providing an informed and positive perspective.  I’ve definitely become the old man screaming off of his back porch for these kids to stay out of my damn pool, while also explaining to them exactly how the pool works and why it’s awesome.  Oh well.  Support my Patreon. 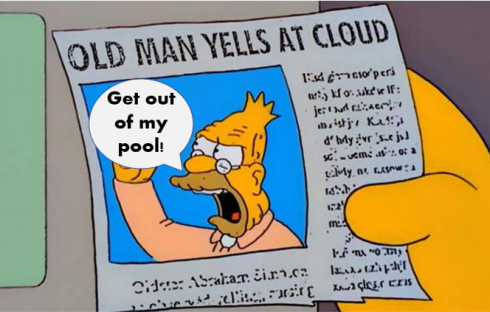 For now, we’ll have to wait on the much anticipated trailer and see if this delay has any implications on the timing of the Illuvium Zero launch and initial land auction.  I’ll continue to track the growth of both core pools, and the impact that growth has on the staking rewards .  More to come on that, though I’ll admit, I remain surprised after the announcement how quickly the ILV price recovered, as well as the generally positive momentum of the core pools.

Quick note - the ILV core pool has actually endured five consecutive days of more circulating tokens being withdrawn than added, shown by a relatively steady APY just under 80% while over 20k ILV rewards have been claimed and added to the pool.  The SLP has slowed in growth slightly, but has remained a net positive every day since August 4, even after the announcement.  This has been reflected in an APY dropping from the mid 700% a little over a week ago to 564% today.  That’s my pool and I need you kids to get out!  I’ll continue to track, but the confidence in the SLP lucrative rewards, along with the very bimodal distribution of staking lock, with nearly all SLP either staked flexible (investors able to withdraw their investment at any time), or locked for 365 days show that we’re unlikely to see a major exodus.

Obviously, I remain confident and committed to the project, though I would love to hear your thoughts.  How do you view the delay of the trailer and open beta?

Share your thoughts below, and feel free to join my Patreon and newly launched ILVFi Discord to chat directly.