As a frequent trader, I've faced many struggles finding the best exchange that offers everything that I needed. This includes volume, security, earnings, UI/UX, and dividends. It is tough to find such a dream exchange but let's look at some of the most reputable exchanges available and particularly xBase as it is aiming to be one of the top tier exchanges in this space by providing traders these functions.

I personally find the UI/UX of Kucoin attractive as it's colorful and is aesthetically pleasing as I surf around the platform, especially after making such a huge update recently. However, it lacks liquidity for some of my favorite altcoin. It also offers dividend distribution by holding KCS that heavily relies on the liquidity of the platform. At such a cheap price, you might have to bag at least $1000USD worth of KCS to get a decent amount of $1 daily payout receiving in all forms of cryptocurrencies. You can check KCS dividend payout calculator here.

Bittrex is the exchange I mostly trade on and I personally find it boring to trade there. They use Tickers instead of crypto logos which might look overwhelming from the perspective of a new trader. Bittrex, however, has one of the best liquidity for your digital assets as it is highly regarded as one of the top tier exchanges. It is also highly recommended to look for projects listed there if you are looking for new investments as many listed there are promising based on excellent research conducted by the Bittrex team. Some of my best projects listed and to look out for in 2019 are ENJ, BAT, MANA, SRN, DGB, and HYDRO. One disadvantage of Bittrex I faced is it does not offer market buy/sell so it might be difficult to catch the price you'd want to trade.

Coinbase is without a doubt a basic exchange any Tom, Dick, and Harry have used to buy their first crypto. It is highly centralized in my opinion because of the exorbitant fees they charge. On the other hand, Coinbase pro is a much better exchange for traders because of its lower fees and higher liquidity. However, it only supports a few cryptocurrencies and offers only spot trading.

Binance is the biggest cryptocurrency trading platform based on adjusted volume. Binance is also the leading exchange in terms of outreach. They've set up some of the most accomplished initiatives in this space which was never done before. Examples include; Binance academy to learn about blockchain and cryptocurrency and a highly debated launch pad (similar to an ICO) because of some complaints from users being unable to get in and its sale ending in seconds. I conducted a short poll on the feedback of Binance Lunch pad and found this result. 128 users voted and 46% voted that the launchpad is manipulated. Binance also has a Research team which provides professional and transparent research on projects in crypto space. Binance has been terrific in their growth as they extend their outreach and achieve its vision.

Coinex used to be my favorite exchange until they removed trade-driven mining (the more you trade the higher the dividends) which caused a lot of unhappiness as it heavily reduced the daily rewards of holding CET. I enjoyed holding CET as it gave me passive income at a rate of almost a dollar a day. Rumors of their CEO being jailed, wash trades and Bot trading made me migrate funds to other exchange. 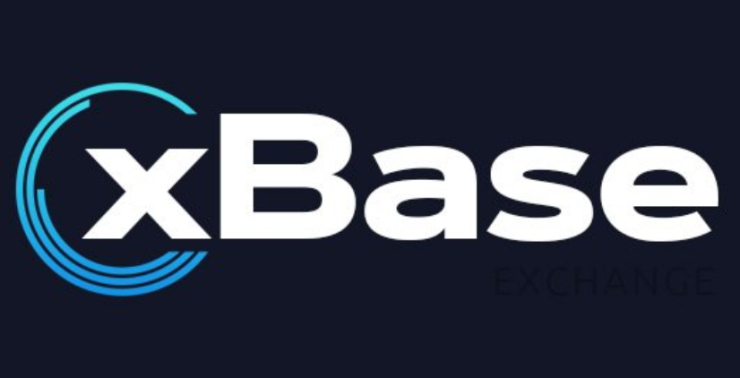 In brief, xDac is a platform based project running on its own blockchain under EOS and is allowing new start-ups to autonomously create decentralized companies. This includes fundraising, token creation, and token distribution. Essentially, xDac is a platform to ease out company creation a.k.a an ICO 2.0 for startups because of its autonomous feature and framework. You can find out more useful materials such as architecture, xDAC currency, etc here. xDac has already registered a number of projects in its platforms such as Cogmento, xBase, Coinpal, and many more.

xBase, on the other hand, is a new exchange in the block that was created by the leading fintech company in innovation xDac. For a new exchange, their TOP volume (ETH/BTC) is standing at least 717BTC in 24h Volume at the time of writing. This is a significant amount as it shows a healthy volume for a new exchange. Binance, on the other hand, has a volume of USD$19.3 million for ETH/BTC translated to about 5102 BTC at the time of writing. xBase is about 1/7 of that volume which might dominantly be the works of the market makers but is nevertheless a significant amount.

As an inquisitive community member, I was curious about the huge liquidity of the young exchange, so I had to ask the CEO, Oskar Duris, himself about the source of liquidity. He replied, "We took over existing exchange with an extended database of traders and market makers. The exchange was rebuilt to meet our requirements. " Although it is not known what existing exchange they have taken over, it sure might have been at least a top 50 exchange.

It is also worth to note that xBase is a unique exchange as they allow the new equity tokens (new company tokens built on the xDAC platform) to be listed in xBase for free if they meet certain criteria. This means that xDac is also functioning as an incubator for startups business development, much like Binance's Launchpad.

By popular demand, xBase included popular coins such as XRP, LTC, BCH, and with many others to come (i.e Doge, XLM, TRX, ADA) to attract more traders and volume. They have a simple yet beautiful UI/UX available in light or dark theme, making it easier for old and new traders to maneuver around the exchange. The market data is easily readable using chart provider TradingView with many different tools such as indicators (RSI, MACD, etc.) and trading tools for Technical Analysis. They provide 3 basic tools of price options for traders; Market price, Limit price, and Stop-limit.

Some of the latest partnerships and collaborations of xDac are:

In particular, the partnership with Project Hydro is the most notable for xBase as they will be utilizing Hydro's Snowflake for KYC/AML of company executives and investors. This will smoothen out identification and trust between the parties. Learn more about Hydro's Snowflake here. It has also been made official that HYDRO token will be listed on xBase Exchange as a USDC/HYDRO pair in the coming weeks.

Jur partnership to solve any disputes between clients and xDac companies. This partnership is also crucial for xDac as they maintain an orderly resolution of any dispute between parties.

Nexo and ETHlend act as liquidity providers and loan disbursement to xDac companies. 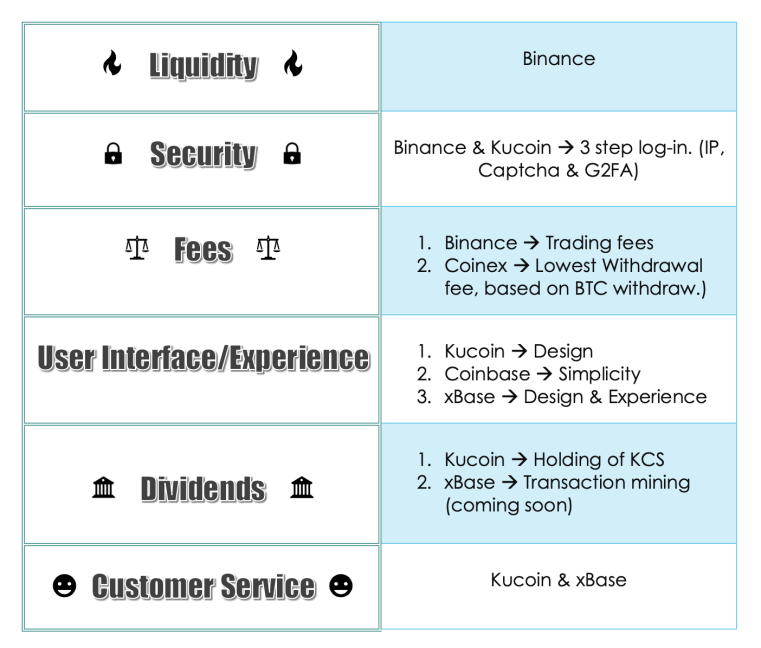 I'm not a Binance fan at all, but in overall, the win goes to Binance. I'd put it number one because of the way their business has expanded (i.e Binance JE, Binance academy, donating to the less privileged, etc). Next, I'd put Kucoin second because they take into account secondary investor interests such as dividends. Thirdly, I'd rank xBase third mostly because of its potential as an exchange. If not for the potential, Bittrex would definitely be number 3 as it's one of the pioneers but again, Bittrex is the jack of all trades.

One comment on their security is the use of Google 2FA which is not the safest way - a Crypto Twitter fellow activist Mr. Krabs tweeted 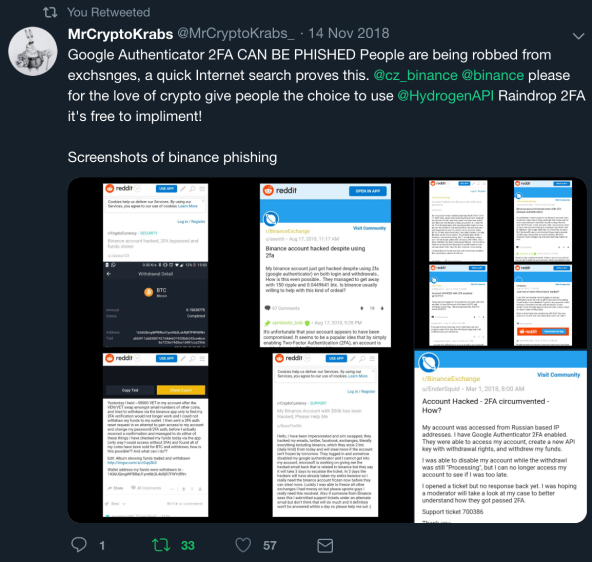 While it is bold to state that xBase is better than some of the other exchange above, one should consider xBase's plan on having features that will bring in more liquidity. This includes transaction mining and possible cooperation with Bitfinex, one of the leading exchanges in the world. An article written by CEO, Oskar himself reveals possible collaboration between xDac and Bitfinex. Bitfinex may not be looking only to list xDac coin as it impressed both CEO and CSO of Bitfinex, making this collaboration a big one. 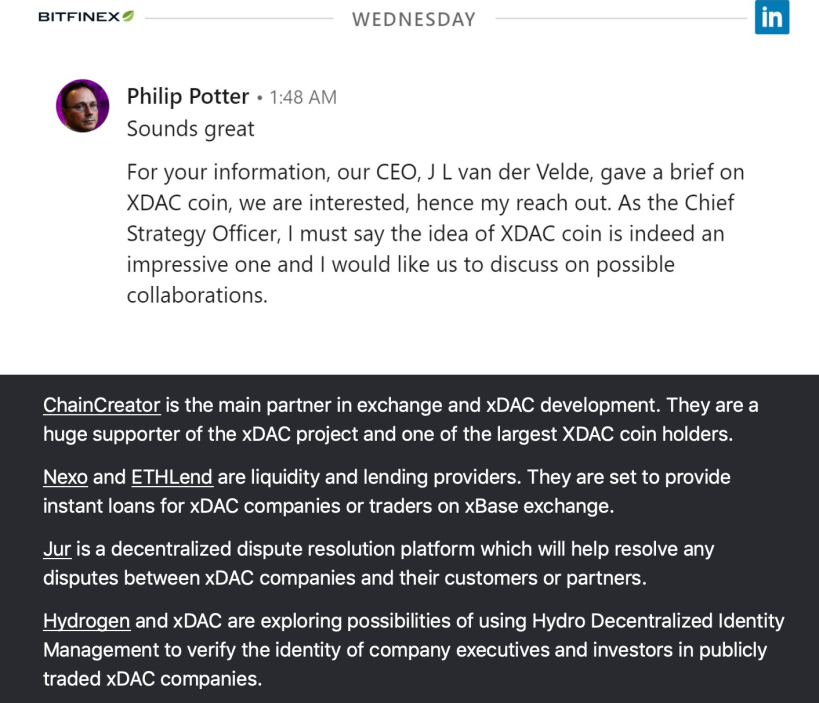 From a realistic perspective, if their marketing campaign takes off along with transaction mining, it can easily shoot up to Top 20 (just like Fcoin) adjusted volume. Transaction mining has brought some of the biggest volumes in many exchanges and it is exciting how everything will play out for xBase in the coming months. xBase has one of the best UI/UX design comparable to Kucoin, and its liquidity always evolving with time. With its own project incubating system, xBase is definitely one of the unique exchanges you should look out for in 2019 and beyond.