Hydro will be tradeable in the new exchange xBase by the end of February 2019. It was originally planned to be listed on the 15th February, however, upon speaking to one of the Admins in their Telegram, she informed that the listing will be delayed. The reason being the integration of USDC in their exchange "which should be available within 7 days and HYDRO will be listed right after that. So It should happen by end of February at the latest."

One crucial information from her is that Hydro will be listed as "HYDRO/USDC". Which is great because we can now hedge Hydro against another stable coin!

For a new exchange, their TOP volume (ETH/BTC) is 502.78744401BTC in 24h Volume at the time of writing, which is a relatively healthy volume. Binance, on the other hand, has a volume of USD$22 million for ETH/BTC translated to about 6000 BTC. xBase is about 1/12 of that volume which might dominantly be the works of the market makers but is nevertheless beneficial for Hydro.

xDAC is an autonomous platform to start your own company built on the Ethereum network but recently migrated onto EOS network. Their main focus is on token distribution and company creation. Simply put, xDac is a platform to ease out company creation a.k.a an ICO 2.0 for startups as it is autonomous and has a greater infrastructure. You can find out more useful materials such as architecture, xDAC currency, etc here. 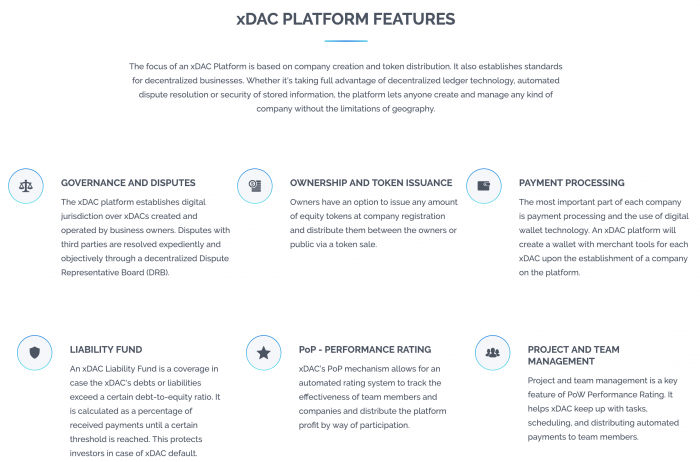 xBase, built by the creators of xDAC, is a unique exchange as they allow the new equity tokens (new company tokens built on the xDAC platform) to be listed in xBase for free if they meet certain criteria. They included popular coins such as XRP, LTC, BCH, and others to attract volume. They have a simple UI/UX available in light or dark theme which is suitable for old and new traders. Market data is easily readable with many different tools such as indicators and trading tools for Technical Analysis. They offer 3 different price options; Market price, Limit price, and Stop-limit. 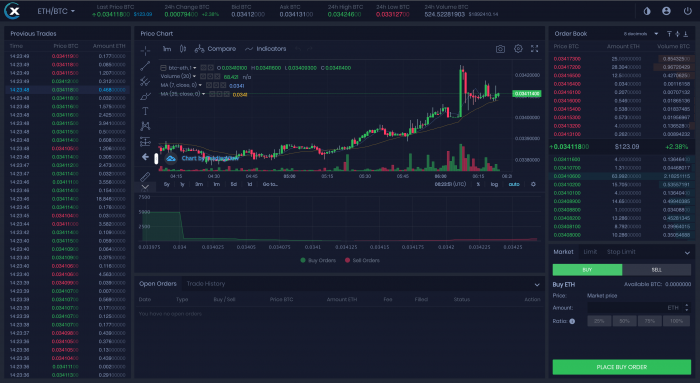 Fees are as follows:

This means the more you trade the lower your fees, which explains the huge liquidity for a new exchange. The definition of Makers and Takers can be found in this section of their FAQs.

A short conversation between the CEO of xDAC and I who then showed interest in the integration of Raindrop, Snowflake, and Ice into the xDAC protocol.

As many people are aware, the delivery of Snowflake is delayed but for a good reason.

As DA Joel puts it:

"Snowflake is a 500+ line smart contract that heavily augments logic from the ERC-1484 contract (another 500+ lines), and also integrates complex token logic from the HYDRO smart contract. The current contracts, as well as the associated tools on top of them including the snowflake dashboard, and other exciting things are the result of months and months of planning and strategizing and coding and re-architecting from the hydro team.

It is finished and you can test it on GitHub. It all depends on what you are expecting to see? It could be deployed to 'mainnet' now, or it can wait until we have some dApps and other things merged into the new UI and it is more complete and nicer user experience. It's a choice we have to make but the version you see is final (bar a couple of trivial changes from the audit) and this is the version that is being built on by devs.

There are dApps on there already that are being cleaned up (see discord), others that are being built, and the Hydro dApp store UI which is under construction. The dApp store designs are great and so are some of the other tools that have been built.

TL:DR - it's finished, devs are building tools on top of it as we speak"

So it would be best to wait for more dApps to finish because, at the current state, there are only 3 dApps available on the Rinkeby testnet. 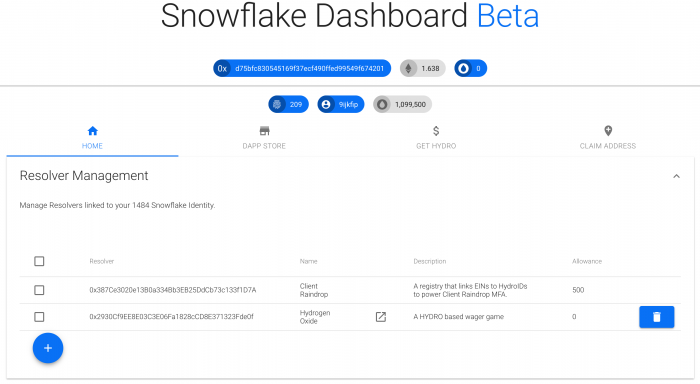 Javier, a Hydrogen DA, made an elaborate introductory article to the Snowflake Dashboard, covering first look and advantages of Snowflake.

Noah, blockchain engineer of Hydrogen, and the Hydro DAs have been constantly teasing the community with Snowflake and the dAppstore. A recent blog on the development of Hydro dAppstore looks stunning. 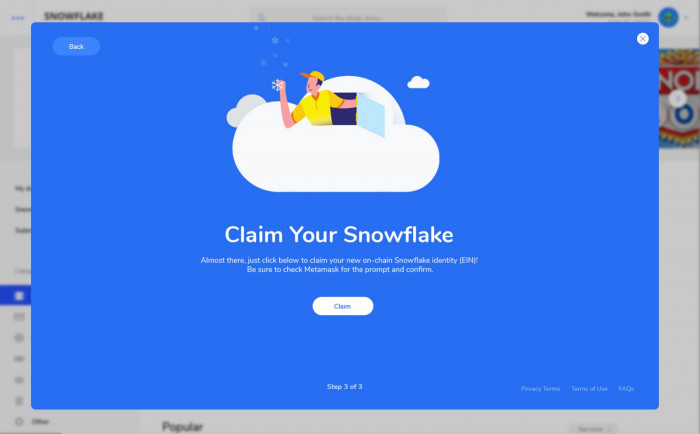 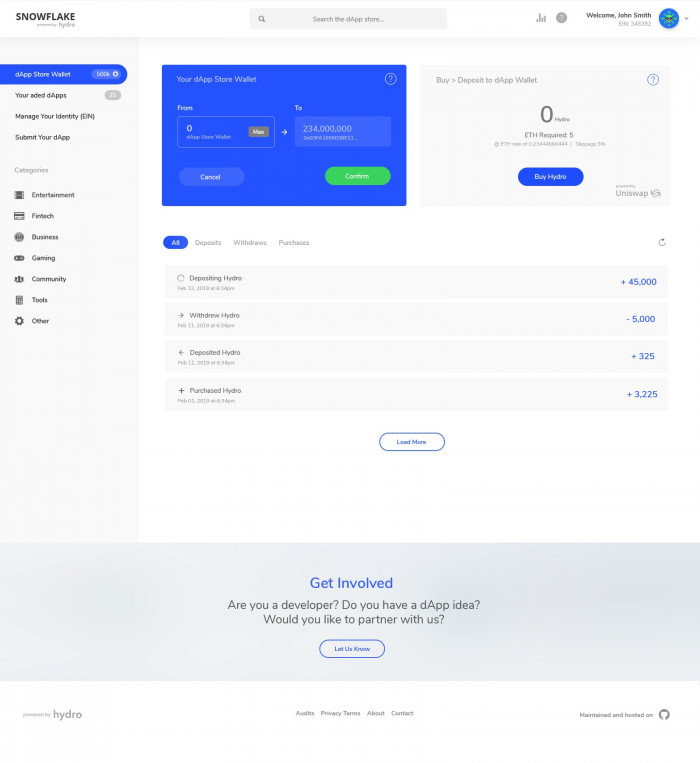 Noah showed a demo on Snowflake or ERC1484, which then gives you an EIN ID (EIN stands for Ethereum Identification Number) and some hydro tokens to send around and a sneak preview on the dAppstore. The dAppstore shows a virtual couch on sale for 1 DAI, which is not a problem as the dAppstore is equipped with a function to instantly convert HYDRO into DAI using Uniswap. This demo is easily available for anyone by accessing https://snowmo.io. 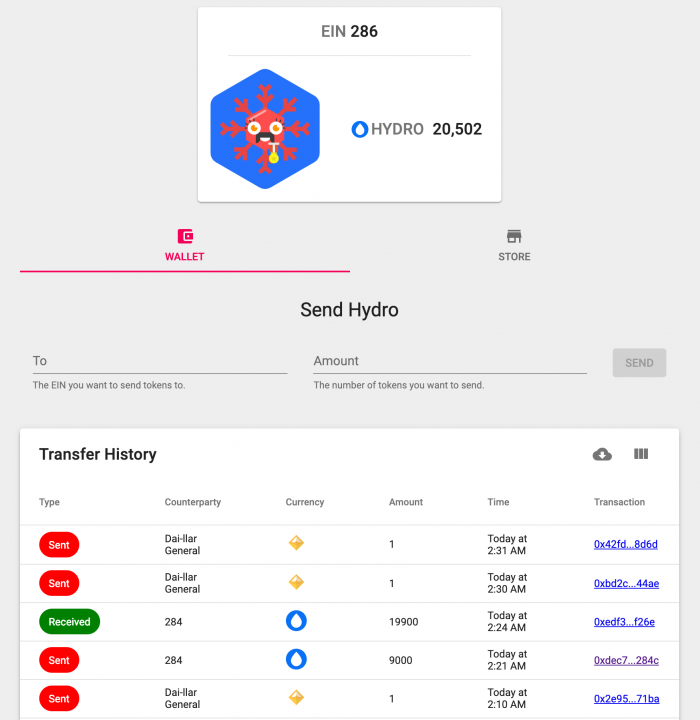 Many dApps are currently developed and listed on Hydro's HCDP. We should be expecting the release of Snowflake very soon with some of these dApps. Those in yellow are already taken by developers all over the globe to work on. I personally find #264 interesting as it is more relevant to fintech application. To name a few: 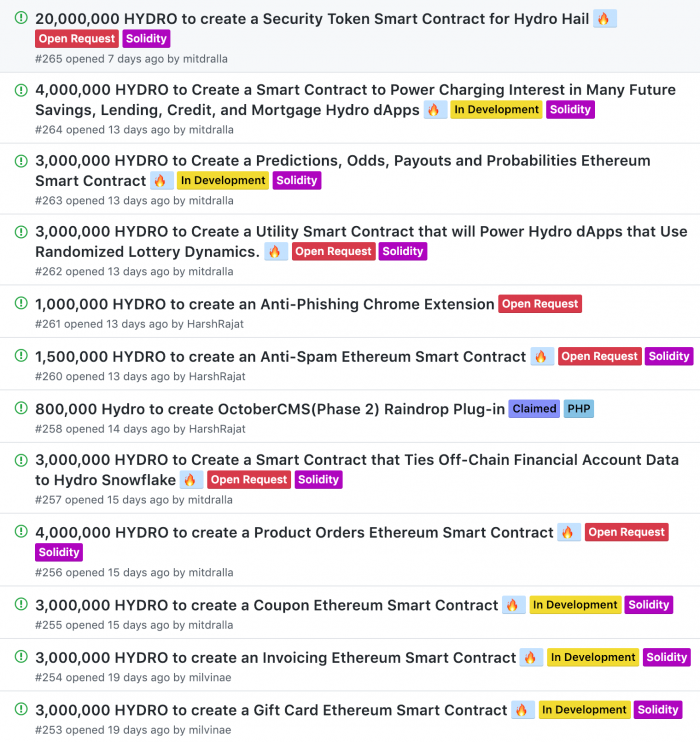 If you look at the first task, 20million Hydro is up for grabs whoever creates Security Smart Contract; if you have a background in solidity or a programming wizard, do place your interest in creating the building blocks of tokenizing the world. Some resources here.

The smart contract tokenizes real-world assets such as real estate, exchange-traded fund or ETFs, Gold or Silver, Paintings, and many more. If we gain huge liquidity in this market, we're unlocking potentially a multi-trillion dollar market.

Oracle, a global Tech giant, has reported expanding its blockchain adoption worldwide. Using their own Oracle Blockchain Platform, they were able to create an ecosystem that can be deployed across multiple clouds. Some of the global customers using their blockchain platform include China Distance Education Holdings Limited (CDEL), Circulor and SERES. The companies are mostly leveraging in the tech for documentation, digital stamps for documents, and the trustless transactional services; which are the basis and essence of the blockchain. They mentioned Origin Trail being a part of building on the Oracle Blockchain Platform, but nothing yet was mentioned on Hydrogen. As of now, it is still a mystery except for a small piece of information where Oracle labeled Hydrogen as a Silver partner under their 'Partner and Solutions'.

Probably the most exciting of all, a new sneak peeks of what's to come, from the Hydrogen team themselves. We are talking about enterprise level kind of product where these Giants can leverage on all of Hydro's different smart contracts, APIs and protocols. 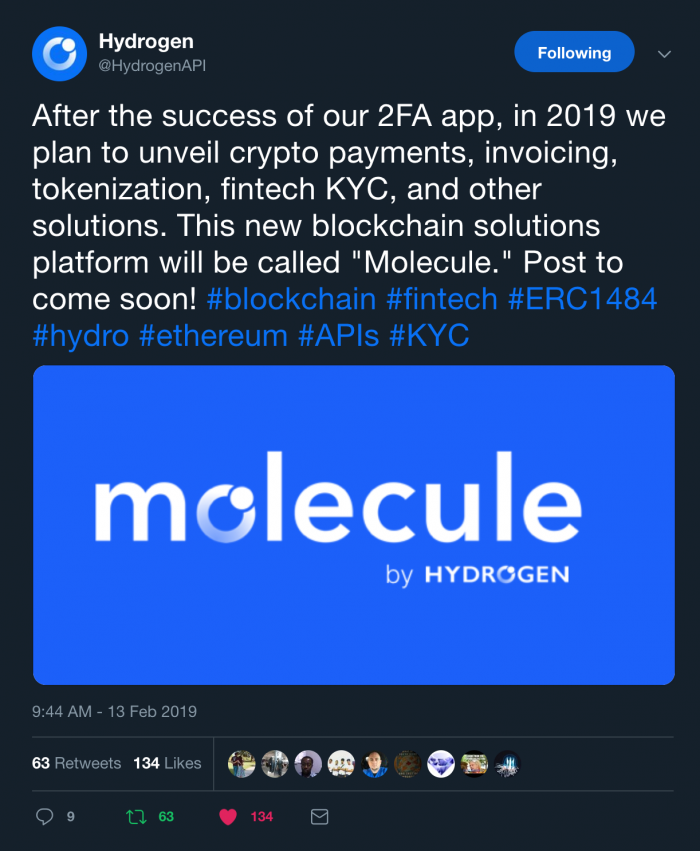 The following day, Mike dropped a few brief hints about Molecule and this is what he mentioned. 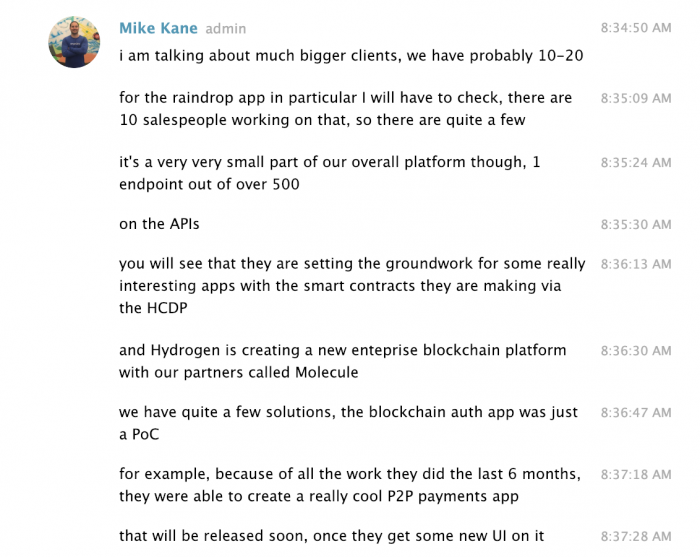 On the first line, I am not entirely sure if Mike was referring to big clients who have the interest to integrate Raindrop so you may need to refer back to the main Telegram group.

Scrolling past down we see Mike mentioning "working on security token trading", which is most likely related to Hail and probably a trading place within the ecosystem of Hydro.

I pictured it similar to Coinbase, having your own wallet and being able to transfer your coins to Coinbase PRO instantaneously without fees. Similarly, we will have our own Hydro Hail wallet for these securities and be traded in this so-called trading place. This is purely a guess on my side, so we will have to wait for the official announcements.

The next few weeks is indeed exciting for the community, DAs and the Hydrogen core team as they recently announced that Mike will be presenting the Molecule platform at Oppenheimer & Co. Inc. Blockchain Summit this coming 20th February right at New York, NY. Some of the key speakers that will be present include CEO of Overstock Patrick Bryne, Founder of Polymath Trevor Koverko and co-founder of SPiCE VC Carlos Domingo.