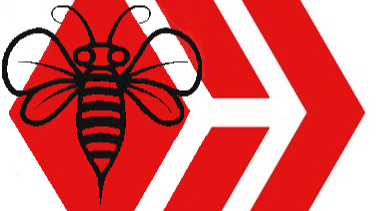 Why Publish0x Should Use Hive Tokens For Tips.

The Publish0x crypto news blogging site recently had a serious problem with ETH based tipping tokens because of an excess of Gas Fees. This issue caused serious delays in blogging rewards. Recently, staff members have asked the community for suggestions on alternate tipping methods to avoid fees. Many fee-less tokens were suggested including Hive Blockchain tokens.

Many users have come {to publish0x} from DPOS blockchains like Hive or Steem because they enjoy the linear reward system on publish0x and the lack of downvotes. In fact, if Publish0x adopted hive tokens as a tipping token; Publish0x would be the perfect place for hive users. They could blog and receive linear rewards, while avoiding the chance of harshy unfair downvotes. There are already many hive users here and Hive even has it's own info page on Publish0x { https://www.publish0x.com/tag/hive }. Etherium is a great token and blockchain. There's are great projects that run on ETH. However, it might not be the best tipping token for linear rewards. On the other hand, Hive tokens are. And if you want to still collect ETH from publish0x blogging, you can simply switch Hive for ETH on an exchange! There are many places to swap Hive for ETH. The same goes for any erc-20 token. Linear reward system and feeless transactions just belong together.

In conclusion, I think Hive would be the best tipping token for Publish0x. Its feeless, there are already many hive users here already and Hive is a well established blockchain. The Hive token is also listed on popular and professional exchanges. Having a blogging site with linear Hive rewards would be a huge benefit to Hive users on a DPOS {weighted voting} system. Hive users blog a lot already; and would add professional articles to the Publish0x front end. It's a 360 win for Hive bloggers and the Publish0x site.

Information about the hive blockchain.