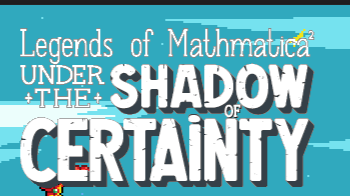 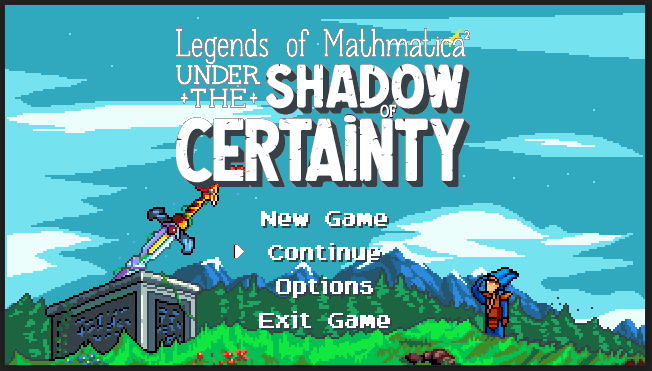 As the representative of Vernacular Games, me and my teams get up to a lot of things during any given year. Sometimes we have up to 4 projects going at once! I'd like to let you know about one that's headed towards crowdfunding on Crowdster and Kickstarter very soon. It is called: Legends of Mathmatica, Under the Shadow of Certainty. As the days pass, I'll be dropping bits n' bobs of information on the project as we get closer to the campaign (which will go live in June).

So what's been done today? I spend most of today working on the page and getting a bunch of images prepped for uploading to different locations. As the primary marketer on the team (although have just recruited a buddy to the cause, hooray Crowdster!) I've been doing a lot of the development on our different merchandising and fulfilment elements. I'll show off some of the stuff as I get a hold of prototypes from the different groups. Additionally, I'll share a bit about how we've put the game together.

Once the pages go live, I'll post links to 'em as well.

Au Revoir until then!

Hey there! I'm Red Coat, founder of Vernacular Games, amateur game designer, music composer, writer and (according to most people) an all around good guy. So what can you expect to hear from me? I'll talk a bit about some projects that myself or my teams are working on, comment on company culture in the tech industry, talk about various concepts in game design and even wax philosophical about this or that thing. So hello to you dear reader. I hope to add a little more value to your day. Ciao for now.