The 10 most influential crypto people on the planet
AMPLificationWeekend started! 50% BIGGER tips (AMPL ONLY). $100 in AMPL Giveaway - Win and Cash Out by Tuesday! Details here. 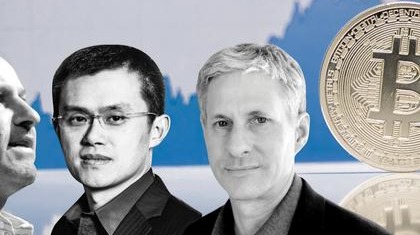 They are shaking the crypto world and blockchain technology right now in the world! Who are the most influential people in the crypto industry today? This difficult question is of interest to many - entrepreneurs, developers, investors, enthusiasts, traders and journalists. Digital currency is a relatively new technology and an ever-growing industry. This gives incredible potential to go high for someone with talent. When creating the following list, many factors were considered, such as managed assets, the importance of projects, and more.....

Vitalik Buterin is by far the main face of Ethereum. He proposed to create a solid platform for decentralized smart contracts, not just cryptocurrency. In 2017, Ethereum Enterprise Alliance was founded - an association that brings together 358 members, including mostly companies from the blockchain industry, but also quite a few large companies such as Deloitte, Microsoft, BP and J.P. Organ. The association's goal is to support the use of Ethereum as a blockchain platform for enterprises.

Bitmain is a $ 12 billion company that sells mining equipment to the world crypto. In addition, Jihan Wu holds shares in the 3 billion crypto startup Circle.

Jay Clayton, chairman of the Securities and Exchange Commission, is certainly the biggest obstacle to the crypto world. Despite the partnership with Nasdaq in the use of manipulation monitoring tools, SEC, led by Clayton, rejected the BATS BZX (owned by the Winklevoss twins) Bitcoin ETF proposed by the stock exchange. It was the last of a series of bounces, and Clayton recently suggested it wasn't going to be the last.

Speaking at the Consensus Invest conference, Clayton said: "Investors expect the ETF trading underlying the commodity to make sense and is free from the risk of manipulation. This is a problem that needs to be resolved before I feel comfortable approving ETF for cryptocurrencies. "

Naval Ravikant is one of the most liked investors in the cryptographic space, because he founded AngelList, one of the first platforms created for startups to raise capital from accredited investors. Naval is also an early investor of companies such as Twitter, Uber, Postmates, Yammer, Foursquare, Gigster, 21, Plancast, Poshmark and Product Hunt. His recent investments in crypto projects include Coinlist, Chia, CryptoKitties, Bitwise Asset Management, Orchid Labs and Kraken. Out of his 77 investments on AngelList 69 were successful. Naval has over 700,000 followers on Twitter.

Co-founder of Ethereum and still billionaire Joseph Lubin is best known as the head of ConsenSys, a blockchain startup incubator and technology companies centered around Ethereum. Lubin, a pronounced evangelist of blockchain technology and former banker Goldman Sachs, speaks at events from the World Economic Forum in Davos in Switzerland to SXSW.

Currently, the company from Brooklyn is undergoing restructuring, which may result in the dismissal of up to 60 percent from approximately 1,200 employees. This is due to the change in the company's development strategy (ConsenSys 2.0, as Lubin says) from a hybrid incubator model to a more traditional investor.

Mike Novogratz, a former Goldman Sachs banker and manager of the Fortress Investments Group hedge fund, was a fairly early investor in Bitcoin. He bought the first Bitcoins in 2013. As the founder and CEO, Galaxy Digital oversees the bank dealing with crypto assets and blockchain technology. The bank has four main lines of activity: OTC trading, asset management, consulting and investment in VC. In November, Galaxy Digital announced several people leaving management, because Novogratz focused on institutional clients.

In 2017, after leaving Fortress, Novogratz founded Galaxy Digital, whose subsidiary Galaxy Digital Capital Management manages $ 422 million on November 30, 2019. Novogratz is known for being stubborn when it comes to investing in cryptocurrencies.

In 2018, there were more active Coinbase accounts than Charles Schwab accounts. It is all thanks to CEO and CEO Brian Armstrong. The co-founder recently wrote an article in the New York Times supporting the idea of the US to create his own cryptocurrency world reserves, and he wants Coinbase to be "Google for Krytpo."

Ripple's goal is to take over the tasks currently being performed by the SWIFT interbank network. They've been making good progress so far. They have several hundred banks as partners. They conducted tests with central banks such as the banks of England and Saudi Arabia. And now, when the xRapid product was introduced to the market by several companies providing financial services, the critics died down. As CEO, Brad Garlinghouse is Ripple's public face, regularly appears on television and deals with conferences. He participates in the annual SWELL event. The similarity of the name to SWIFT is not accidental.

Schwartz, one of the first creators of the Ripple network, helped create content (currently) the most valuable cryptocurrency according to market capitalization, XRP. Specially developed as a "hassle-free" way of sending money worldwide at a very low cost. Ripple technology has several advantages over Bitcoin and Ethereum rivals. The main advantage is the speed of transaction settlement. This is important, given that the company's RippleNet software aims to take over the old-fashioned business of interbank money transfers, reducing the traditionally several-day process to a few seconds (compared to hours for Bitcoin and minutes for Ethereum).

Schwartz is currently focusing on two goals: working with financial institutions such as American Express and Santander that are testing Ripple products, and explaining to the crypto community that Ripple has no central control over XRP.

Wences Cesares is a serial entrepreneur and board member of both the PayPal and nonprofit Coin Center researching and supporting cryptography. His current project is Xapo, which, according to the founder, combines the convenience of a cryptocurrency wallet with the security of cold storage and has serious advisers, including the former secretary of the treasury and the president and CEO of Citibank. Strongly believing that a single cryptocurrency - most likely Bitcoin - will end up as the main means of storing value, Casares compares cryptographic space to the first days of the Internet, when various protocols fought over which would become the main information carrier. 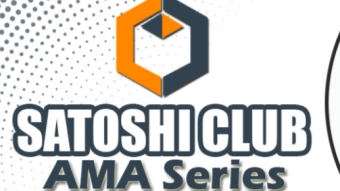 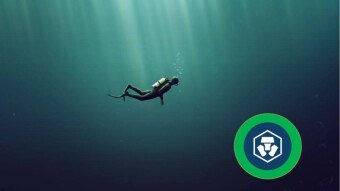