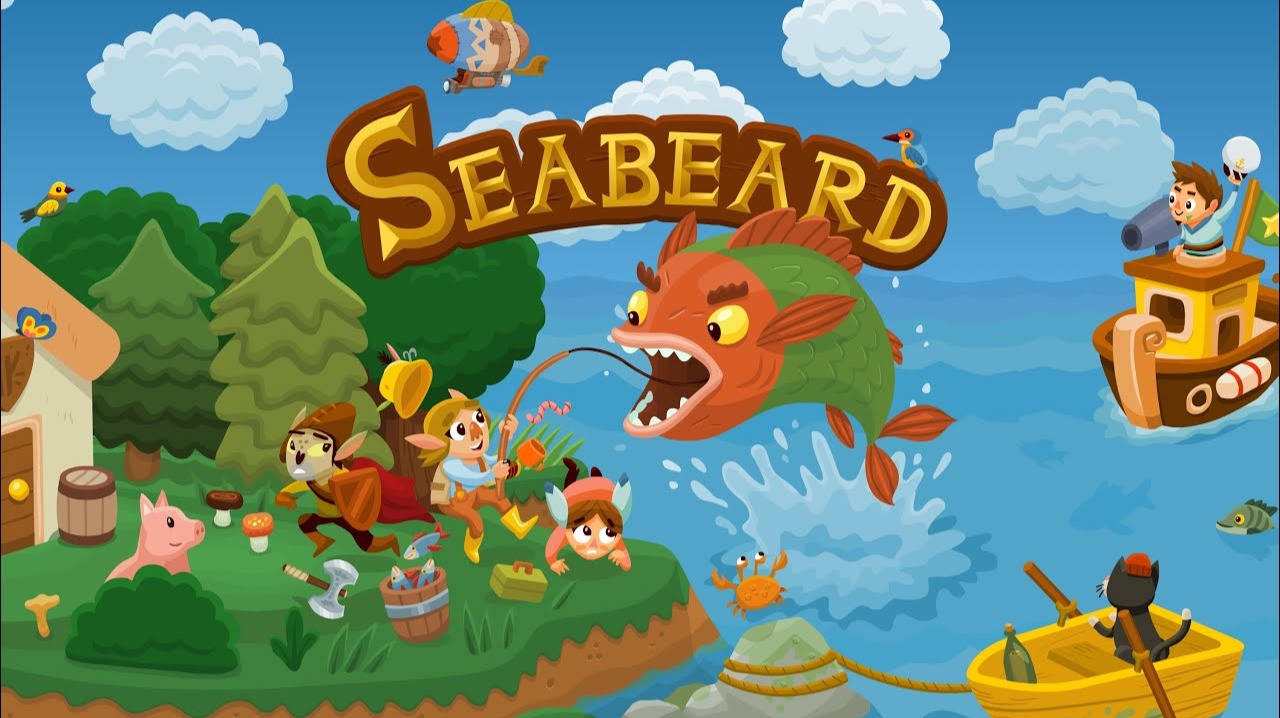 Being stuck during a weekend lockdown I came across this cute life sim mobile game. Created in 2014, Seabeard is an rpg where you play as a sea captain in charge of an island. Funny enough, it shares some similarities with Animal Crossing, while being its own thing, not only does it predate Pocket Camp, but it´s Island concept predates Horizons.

However, mobile games of this genre tend to be a mixed bag, the same mechanics but with a different coat of paint.

So how does this game fare compared to others? Let´s find out. 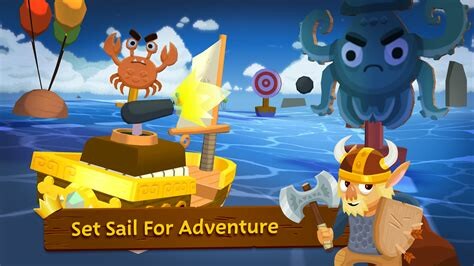 You play as a descendent of the infamous pirate captain, Seabeard, your main objective is to restore the Island of Accordia to its former glory and explore the seven seas. Live life at your own pace, become an adventure, cook foods, get involved in archeology.

You will have to gather a fearless crew and befriend the locals in order to achieve your goals.

1.Manage Your Own Island 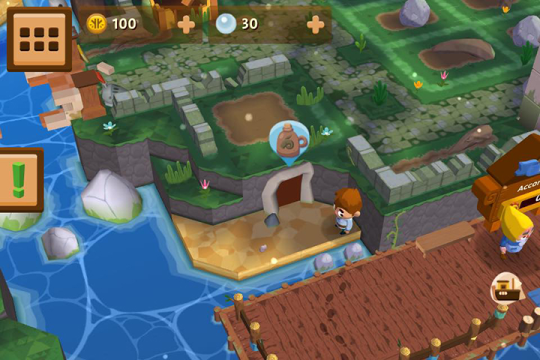 Again, at the start of the game, you are given an island to manage. You can customize it, rename it, and redecorate. You can build specific buildings like stores, warehouses etc... Unlocking them will allow you to sell your items and even unlock new gameplay elements.

You can also invite new people to your island to manage said buildings. You will need resources and coins to build them, which you can find during your exploration. 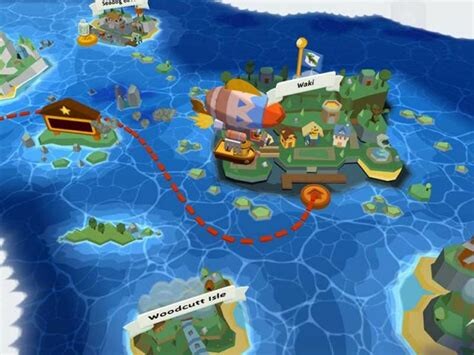 The Island besides providing resources, this is where most of the shops and crafting areas are located. Each island comes with its own theme ( farming, woodcutting, urban, etc...) When you travel you are given the option of playing a minigame, such as a racing game or a shooting game. The higher the score the higher the reward.

However, once you run out of sailing tokens, you will have to wait until it recovers, but you can also travel without playing them, which is useful if you have to quickly travel back and forth. You will be doing this one a lot, believe me.

Progressing in the game unlocks new islands over time, motivating the player to stick with the game in long run.

This is the main focus of the game. You can collect resources by tapping on the items on the floor, shaking bushes and trees, fishing and crafting.

Some items require extra effort, like feeding animals for example. Fishing opens up a minigame where you attract fish and try to reel them in before they escape. You can buy crafting recipes, and wait for their creation to be completed.

There is also a special machine where you can recycle items you don´t want and receive a random reward. The higher rating of the recycled item the better bonus.

If you have stores on the island you can also sell them for extra coins.

Quests are another way to get items and serve to guide the player. First, you have the main quests and sidequests. Main quests progress the story and even open up new game mechanics, they can be completed at your own pace.

Sidequests on the other hand have a time limit, but if you fail not to worry, there are always new quests every day, so check the game frequently.

Jobs are basically repeatable quests you can do once a day, they run from the gambit of fetch quests ( collecting trash) or minigames ( the puzzle game from the lighthouse). You get a bonus for each completed day, missing once will reset the reward streak. 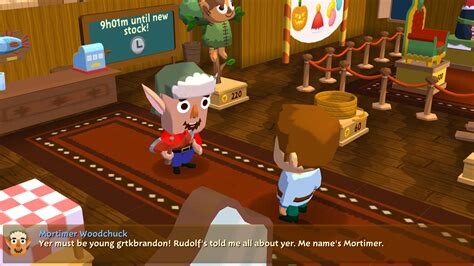 The stores are where you can buy furniture, clothes and even building plans. It´s where the game shows similarities to Animal Crossing since it sells different items every day.

During your journey, you can hire characters to be a part of your ship or to manage the buildings on your island. The three-character types are fisherman, warrior, and miner, acquiring them unlocks skills in the game. The more interesting of these is fighting which allows to venture into caves fight enemies and participate in bounty hunting missions. You can equip and even rename them.

They have a certain set of requirements before then be recruited and can level up the more you use their abilities. You can use the academies to improve their skills.

You can visit other players' islands and trade items with them through the friend list. You can invite them with a friend code or through a Facebook account. Players can even leave messages on the message board. In a way, this actually predates new horizons, with the visiting another Island concept.

The only downside of this is that the game always requires an online connection, defeating the purpose of it being a mobile game. It´s not just to visit other players, but for the entire game, so, if you have a bad connection or can go on the internet for any reason you´re out of luck.

This feature is pretty much a given in most mobile games, the main premium currency is pearls, they can be used to skip waiting times and buy exclusive items. Besides actual money, they can also be acquired through quests and daily gifts.

While you can actually play without so much as spending a dime, the game has some really strict limits, you can only unlock inventory and shop slots with pearls, and those things will get full really quickly. I know to some people this can be a huge deterrent. A tip would be to just focus on unlocking slots and not waste them on skipping waiting times.

The game looks pretty good for a mobile game, it has a very cute cartoony look to it. You will notice that the player character design looks a lot like the villager from AC. The only difference is that the world is populated with elf-like people instead of animals. 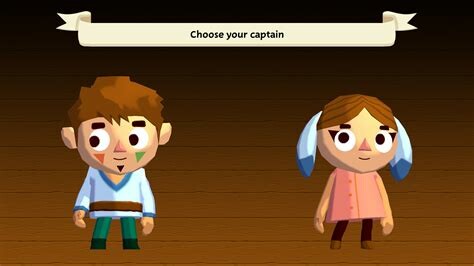 As far as Animal Crossing "clones" for mobile go this is a surprisingly decent game, there is enough to keep a player entertained for a long time. I actually like this game a lot better than the official Pocket Camp game, due to the adventure aspect and rpg elements. If you´re a fan of the original Nintendo game, or just want a cheaper alternative to buying a switch, I recommend checking it out, since it´s free to play.

And if download the game feel free to add my code: ZZ36C-HBCQT my username is ghastly. Feel free to stop by, it might not look much but I just unlocked a trading building and should be able to sell items really soon.

Blockchain Cuties ( A breeding collectible game with a combat mechanic) 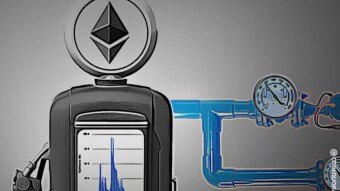 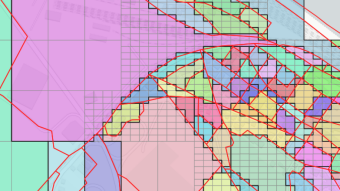 Starting a research on Blockchain and Spatial Index