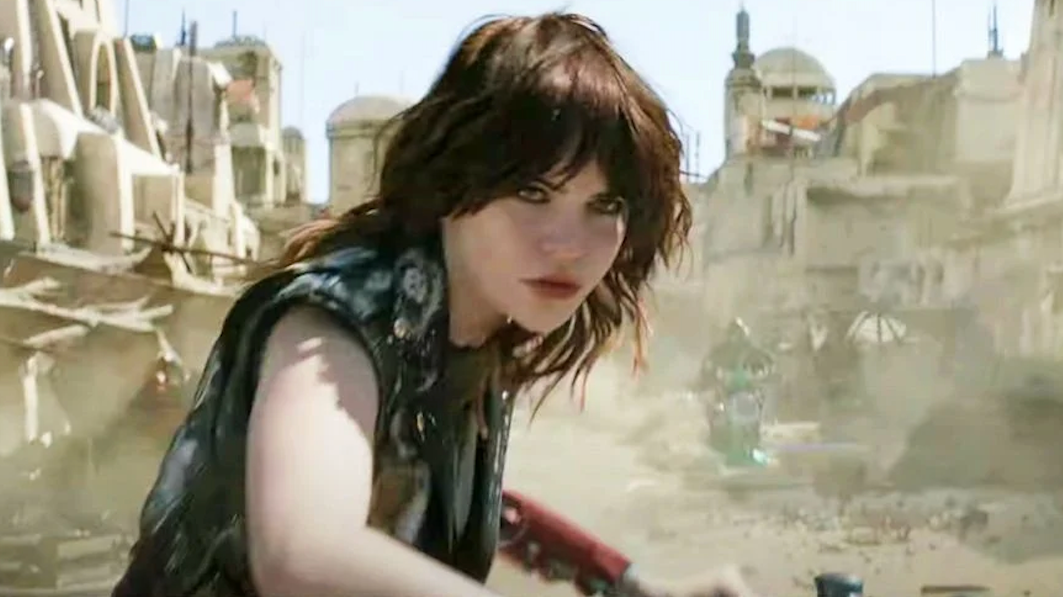 The ongoing adventures of Boba Fett are drawing the ire of some vocal Star Wars superfans. In what has now become typical, every new entry to the Star Wars universe is subjected to the very intense personal expectations of fans who have been living with the galaxy far, far away for decades. If something is a smidge off from the original trilogy of films, the rowdy fans will dismiss it and undertake a campaign to get the new entry removed from canon.

Which brings us to Chapter 3 of The Book of Boba Fett. The episode continues with Boba's trials and tribulations of trying to establish his crime syndicate on Tatooine. After a flashback sequence in which we see that he has been double crossed and his entire new family of Tusken Raiders have been massacred, we jump to the present where a humble water collector claims he is being ripped off and seeks Boba's protection and enforcement. 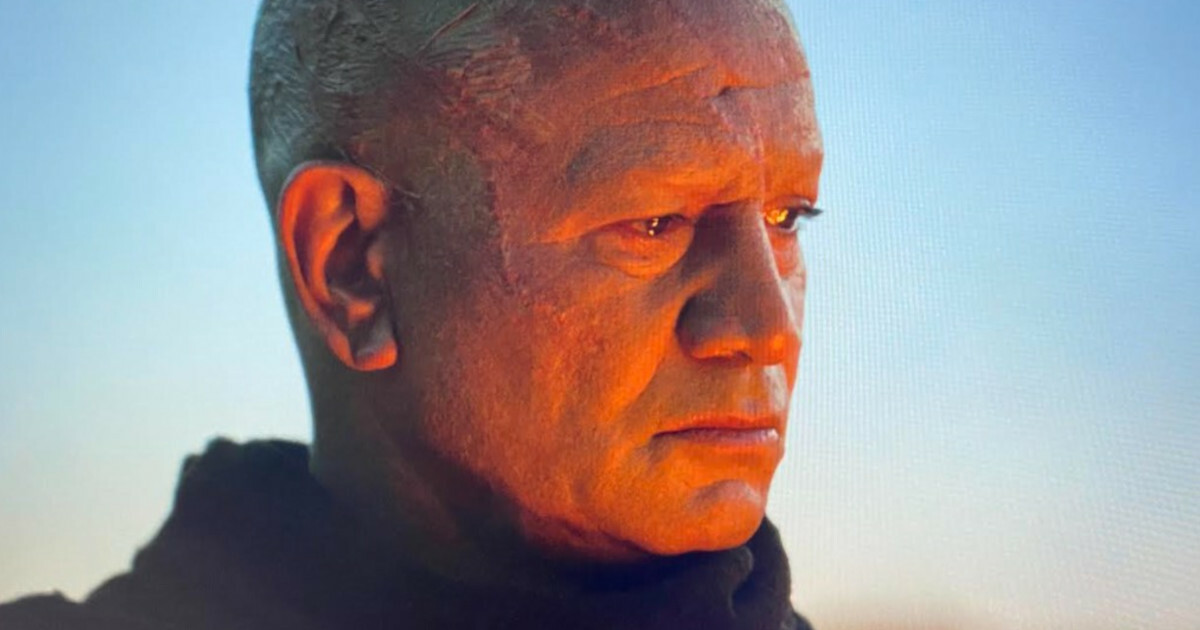 As Boba takes to the nighttime streets of Mos Espa, he confronts a biker gang outside of the water collector's shop. Here, he learns that the gang is unable to find work and can't pay the exorbitant fee the collector is charging for water. Fett sides with the biker gang, and orders them to only pay a reduced restitution for the water they have stolen. On top of that, he then hires the biker gang to come work for him. Leaving the water collector shaken and wondering what to think of the new crime boss.

Back at Boba's palace, he is attacked in the middle of the night by a Wookie assassin sent by the Hutt Twins. The attack is brutal and comes when Fett is sleeping in his bacta tank. The commotion nearly kills Fett, but is raucous enough to wake the biker gang and Fett's other guards. A fight ensues and eventually the Wookie is outnumbered and succumbs.

The next morning the Hutt's approach the palace to make a peace-offering and declare they are leaving Tatooine. The gift is a mythical Rancor, a gargantuan killing machine of a beast originally seen in 1983's Return of the Jedi. Robert Rodriguez's go-to tough guy, Danny Trejo, plays the Rancor keeper in a delightfully sensitive role for the well-known macho man actor. Also in the scene, the Hutts hand over the Wookie assassin to Fett, who responds in kindness by releasing the Wookie to go free.

Next we get a sequence of Fett in the Rancor pit with Trejo and the beast. Here we get details about how the nightmarish creatures are actually "quite loving" and only fight when they feel fear or are threatened. While this turn has thrown many Star Wars fans, it is rooted in a small scene after the death of the Rancor in Return of the Jedi, where the Rancor Keeper is seen sobbing tenderly after the death of his charge. Now we get insights from Trejo that a loving bond with a Rancor is possible, and instantly Fett is intrigued and declares that he will spend time with the beast and one day learn to ride it.

As this is settling in, Fett is called away to an urgent meeting with the Mayor. When Fett and his sidekick Fennec Shand arrive at the Mayor's quarters, they are turned away by the Mayor's majordomo. After a beat, Fett and Shand realize the majordomo has made his escape, and a chase ensues. 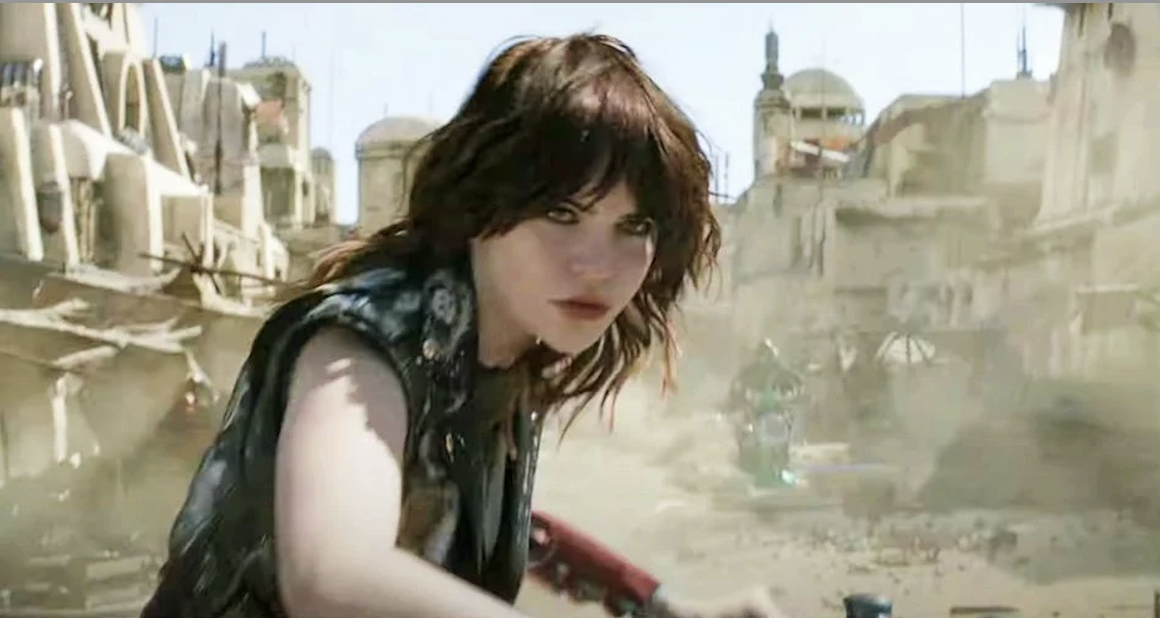 Here the biker gang swoops in, riding candy colored, vintage hover bikes, and tracks the majordomo down through the backstreets of Mos Espa. This sequence has been torn apart online as critics claim it has "not a single ounce of Star Wars" in it. While it is a departure from the dusty, colorless desert vibe of Tatooine, the aesthetic of the bikes is deeply rooted in George Lucas' love of all things retro and Americana. It's the Star Wars homage to Lucas' American Graffiti and builds off of my feeling that The Book of Boba Fett is really creators Jon Favreau and Robert Rodriguez's love letter to Lucas' Star Wars. And honestly, I have a feeling that if budget weren't an issue, George probably would have loved to throw in some candy colored racing bikes into the original films. During the prequel era, Lucas did add 1950's American vibes to several of the locations and vehicle designs. So for those paying attention, I don't think the biker gang is as cluelessly "un-Star Wars" as the tweet storms would allege. 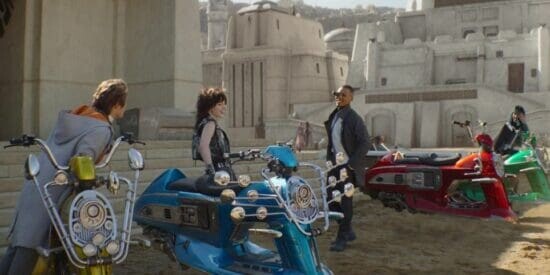 Anyway, the majordomo is tracked down and the episode ends with the arrival of the Pike Syndicate on Tatooine. The crime family who was guilty of killing off Fett's family of Tusken Raiders. It's all pointing at a war brewing. The only question is will Fett be able to wrangle enough support to challenge the dominant crime syndicate. So far the series has shown a benevolent Fett, who is a sharp contrast of the cold-blooded bounty hunter that once even Darth Vader had to advise to stand down. I feel like they might be saving some epic show of brutality from Fett, but as we reach the halfway point of the season, fans are growing impatient about Fett's portrayal.

As for being "un-Star Wars," I disagree. The Book of Boba Fett is adding interesting nuance and detail to the world we thought we knew. But not in a way that discounts anything that came before. It's simply giving us another point of view, and building out a character that intrigued us, but that we knew relatively little about. They will need to stick the landing in a memorable way, but I've very much enjoyed the time we've spent with Fett and in the sands of Tatooine's underworld.