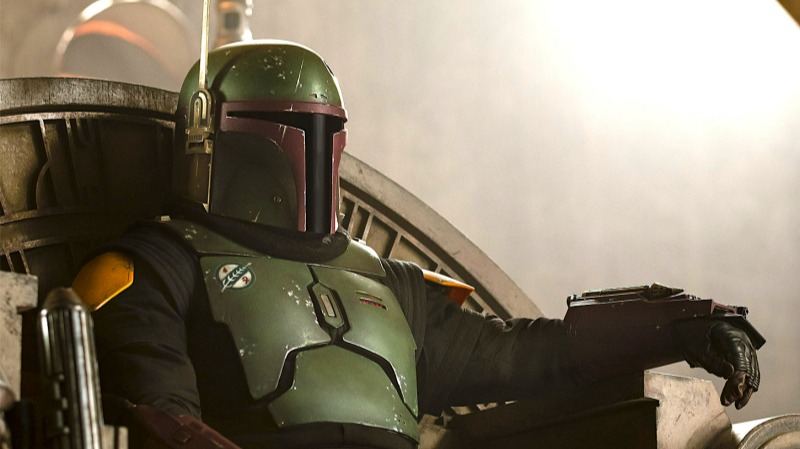 This is the episode Star Wars fans have been looking for. In Chapter 4 of The Book of Boba Fett, we start to see a lot of the loose threads of the series starting to come together. It answers questions about Boba Fett's motivation to pivot from a feared intergalactic bounty hunter into a crime lord. It also grounds us in the Star Wars timeline with solid references to past films and the recent events in The Mandalorian. 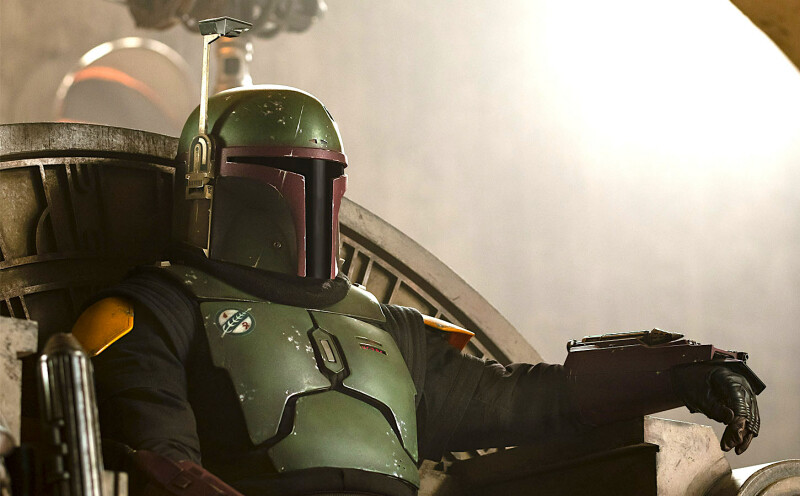 Chapter 4 is also where we get the proper origin story of Boba Fett and his trusted assassin Fennec Shand. We follow as Fett finds her bleeding out in the desert, after the events of a shootout seen in The Mandalorian. Fett then takes Fennec into town, where we go into a "mod" station where the town's youth are eagerly getting robotic implants added to their bodies. It's a nod to the recent biker gang who joined Boba's crew. Here, Fennec is fully repaired with the aid of some heavy duty machinery.

We then lean into the Western vibes of the series and find Boba and Fennec bonding around a campfire in the chilly Tatooine desert evening. In return for saving her life, Boba asks for her help in completing one job. A one-off mission to rescue Fett's iconic spaceship from the innards of Jabba's palace. After a scouting mission, Fennec probes Fett, grilling him with the exact criticisms that audiences have levied at Fett's portrayal in the series so far. It was a kind of meta-turning point in the series. Fennec interrogates Fett on why he's grown soft after his encounter with the Tuscan Raiders. Fett retorts that he's grown strong, and realizes that true power comes from being a part of a tribe. When grilled on why he suddenly gave up a legendary career as a bounty hunter, Fett counters that he's tired of working for idiots and that he'd rather work for himself. Becoming a crime lord, and growing his own tribe are clarified as his motivations at this point in his life.

These are precisely the kinds of answers fans have been looking for, after being left scratching their heads in the first few episodes at Boba Fett's sudden change of spirit.

After the powerful moment of soul searching, the two are ready to raid the Jabba's palace and recover Fett's ship. The following sequence delivers the heist vibes with signature action punctuated by comedic beats like the pair facing off against a sushi-slicing robot in the kitchen. After the culinary bot makes a quick display of six whirling and twirling knives, Fennec quickly cuts the power from the droid's neck, diffusing the threat in a nice little nod to the famous Raiders of the Lost Ark scene.

Finally we get to Fett's iconic ship as the guards of the palace close in on the duo. Fett mans the controls as Fennec shows her elite skills battling off all manner of attackers with her blaster rifle and martial arts skills. Finally, the guards are dispatched and the two fly up and away from the palace.

While they are still catching their breath, Fett offers to drop Fennec wherever she wants as she has now earned her freedom. Instead, Fennec turns the question back around on Fett and asks where he's headed to. All he says is that he "has a few scores to settle" to which Fennec responds, she's happy to tag along.

Cut to Fett hunting down the speeder bike gang that slaughtered his Tusken Raider tribe. In the show's biggest display of violence yet, Fett mercilessly cuts down the pack of thirty or so riders right there in the sands of Tatooine. Next stop, back to the Sarlacc pit as Fett tries to recover his swallowed armor. What follows is a nightmarish exploration down the throat of the mythical sand monster, which suddenly springs to life and tries to eat Fett's entire ship. With some quick thinking, Fennec releases a seismic charge into the beast's mouth, which makes quick work of the ancient beast.

We then see a quick flash of Fett popping Bib Fortuna off of Jabba's throne, and taking his place as the new crime lord, before we cut back to the present day.

Fett arranges a sitdown with the crime families of Tatooine to discuss how they plan to handle the encroaching Pike Syndicate. The other crime lords are hostile and not willing to play fair. In another nightmarish turn, the claws of the Rancor from the pit below the dining table, stab up through the protection grate, giving a menacing threat from underneath. The crime lords stand down and agree not to help Fett, but rather stay neutral as Fett manages to take on the entire Pike Syndicate on his own.

The episode ends with Fett mulling his next steps and confiding in Fennec that they have enough money, but not enough muscle. After which the theme music from The Mandalorian plays as we zoom to the end credits. It seems we will be getting some sort of Avengers style team up in the next episode in Fett's war against the crime syndicate.

This episode filled in all of the gaps that fans have been questioning. It saw strong performances from both Temuera Morrison and Ming-Na Wen. We understand now where both of their motivations lie, and why Fennec is so loyal to Fett. We also understand Fett's weakness of not having enough muscle, as he has been seen so eager to build his tribe. He's playing nice with questionable parties because he can use all the help he can get.

This is a strong entry in the series and works as a solid midpoint reset for the story. The stakes are clear. We know what the main characters need and we know it won't be a guaranteed victory. It's entirely possible that we are watching a tragedy unfold, though I doubt Disney would kill off the popular Boba Fett when he could drive future projects, including additional seasons of this show. Chapter 4 offered some surprises, so it feels like there are some good curveballs ahead. The show feels like it has found its footing with the character and story.