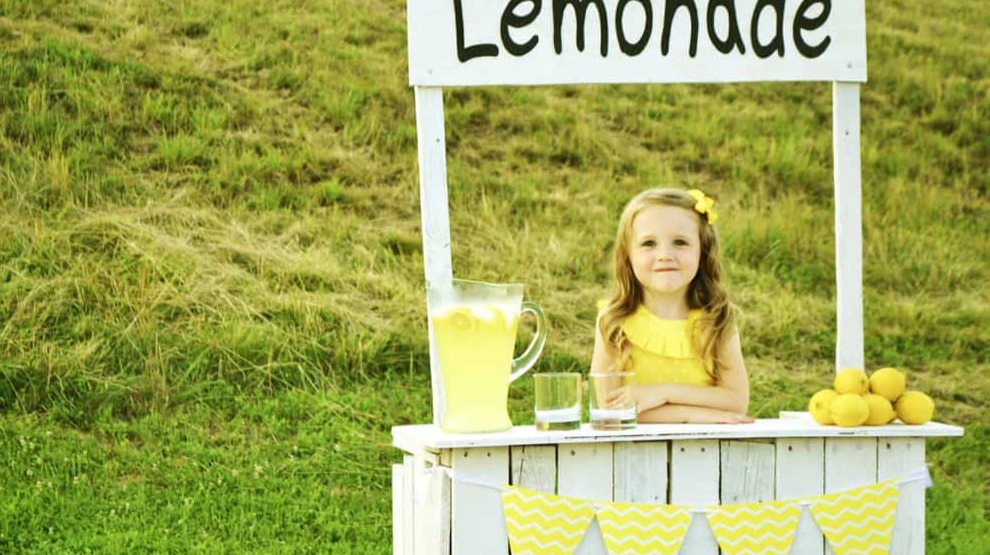 Luther, Lemonade, and the Concept of Liberty

A few weeks ago I shared some thoughts on what I hope our economy looks like when things begin to reopen on a large scale. The overall point of that piece was balance sheet positioning. Basically, 30 million people lost their jobs because the financial positioning of far too many companies required economic perfection and constant growth. Neither of which were sustainable and it really shouldn’t have taken stay at home orders to figure that out. Regardless, there we were with markets priced for perfection until a virus pricked the bubble and knocked everyone on their asses.

Financially speaking, it’s incredibly easy at this point to take the position that businesses should have a rainy day fund. These entities shouldn’t be so reliant on tomorrow’s cash flow to make it through the week. The same has to be said for personal finance habits. We need a massive cultural shift and we need to learn a greater respect for the value of time and how time relates to money. Somewhat paradoxically, we need to make these decisions individually to better the financial health of our households. The same applies to how we view the role of government.

What I’ve personally witnessed the last few weeks on social media is a rabid cry for the loosening or outright end to stay at home orders. These cries have largely come from one side of the political spectrum. But unlike some stances the red team may take on certain issues, they have a point on this one. How much power over our personal movement and interactions do we really want to defer to the state? By now, most are probably familiar with the Shelley Luther story. She’s the woman who was arrested in Texas for opening her salon despite stay at home orders. Given the choice between allowing her children to starve or break the law and provide, Luther took the avenue that any self-respecting parent would likely take. Luther could have easily avoided jail time for breaking the law. All she had to do was make a statement with some simple guidelines:

“That you now see the error of your ways, and understand that the society cannot function where ones own belief in a concept of ‘liberty’ permits you to flaunt your disdain for the rulings of duly elected officials. That you owe an apology to the elected officials whom you disrespected. That you understand that the proper way in an order society to engage concerns you had is to hire a lawyer and advocate for change.” — Judge Eric Moye

Instead, Luther gave a quality retort that was the linguistic equivalent of double birds. When we can accept that this woman’s “concept of liberty” is actually a spot on exhibition of fundamental freedom, we can go down a path that challenges a lot of the normal views that are held by millions of Americans when it comes to the role of government. We’re in this mess because we’ve allowed government to become a player in the economy rather than just a referee. We’ve allowed lobbying, cronyism, regulations and licensing to run completely rampant. Simply put, the government is far too involved in transactions between consenting adults. But it doesn’t just stop with grown people. You may not even be allowed to teach your kids how to start a basic business without breaking the law.

For years, the child’s lemonade stand getting busted by bored cops speakeasy-style in suburban neighborhoods has served as Exhibit A for small government advocates. In a particularly bad example a couple years ago, a charity lemonade stand operated by two small boys was shut down by police in Denver. Why? Because the boys lacked a permit to operate the lemonade stand. Police received a tip from a competing lemonade vendor nearby who did have a permit. The result? A vendor selling lemonade for $7 per cup used the government apparatus to eliminate a competitor who happened to be selling the same product for far less.

And as gross as the Denver lemonade stand story is, the salon example might be a more excruciating one. If busting a child’s lemonade stand is an example of government overreach (and I would say it very obviously is), then surely forcing a business owner and her staff to wait out the molasses legs litigators to decide whether or not they have the right to provide for their families is egregious. Problem is, we’ve allowed state and federal governments this power by just accepting that licensing requirements for certain occupations and establishments are necessary when they probably aren’t. In Texas for instance, if you want to cut hair for a living you’ll need a cosmetology license. The license requires completion of a 1,000 hour course. Absurd.

Of course, the pandemic is (hopefully) a once in a lifetime event. I live in a state that took swift action and is now in the process of reopening. Frankly, I believe that people sheltering in place was the right call. It is unfortunate that it took state mandate to accomplish that. It is unfortunate that so many individuals and businesses weren’t in a financial position to be able to handle staying home for 2 months. That is precisely the point of these writings. America desperately needs a cultural shift. We need to get to a reality where saving and financial literacy is cool. We need to get to a reality where we aren’t reliant on government to make decisions for us. Most importantly, we need to get to a reality where we can pay someone to cut our hair or make us a lemonade without the government’s permission.