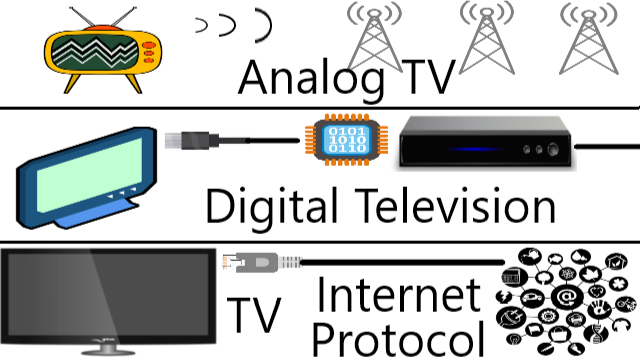 This is my undergraduate assignment in the Telecommunications Network course which creates a short description of IPTV obtained from http://electronic.howstuffworks.com/internet-tv.htm that I translated to English myself. This work has never been published and I as the author and copyright holder of this work adapted CC-BY-SA where anyone may share, share, republish and sell it provided to state my name as the author and notify that the original and open version is available here .

TV works by broadcasting live through the media (cable, etc.) or without the media (electromagnetic waves) that are captured by the antenna, while IPTV (Internet Protocol Television) works through the Internet network. Broadcasts can also be watched from media other than on TV, such as; computers, laptops, netbooks, ipads, cellphones and others. On Internet TV there are 2 types of broadcasts:

There were 3 types of services at that time on Internet TV:

The way Internet TV works is how the Internet network works: