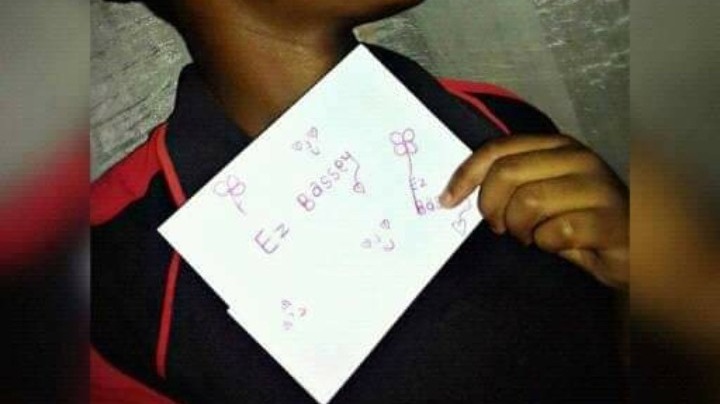 Meet Aurora; just clocked twenty one, body's as soft as cotton wool, blonde and a sex addict. There goes Marcelo, he's an attacking midfielder for Newcastle United and a full-time cheat but what do you expect when he's on top of the world at just twenty three.

She's his fan, his coach's daughter who suddenly got interested in her dad's business since the first day Marcelo visited their place for a private meeting with his coach, her dad. "Are you the Marcelo?" he tilts his face letting a baffled chuckle then whispers, "I see you know me" Aurora walks him into the waiting room then whines, "My dad did mention some Marcelo would come around because we barely have guests here".

That day she had spent the entire time he sat with her dad in the waiting room, eavesdropping. "My God! he's so cute" she's behind the door wearing a crop top with a bump short and it isn't surprising that mare gazing at him makes her nipples swell.

She spent the rest of the day indirectly asking her father questions about Marcelo, how good he's with the ball and her dad wasn't helping at all because every single detail he groaned about Marcelo made Aurora dive into a reverie where she and Marcelo are making out causing her to feel his hands all over her.

When she had obliged to follow her dad to a weekends match somewhere around the stomach of Newcastle city, he knew it had something to deal with Marcelo and he loved it because Marcelo is his favorite and wouldn't mind to have him as his son-in-law.

He cocks his head to face Aurora during their drive to the stadium with a half smile then bellows, "Do you really like him or.." he was going to say 'or you just want to explore his body as you do with the other guys' when Aurora cuts in, "Dad, please can we not talk about that and focus on coordinating your team to win this match because I hate to be spectating on the loosing side"

They both burst into immense laughter including the driver, Paul. When they got to the stadium, the entire arena is filled with spectators as they rant, yells and sing victory songs like they're two goals ahead. "So this is what I've been missing" her thoughts lingers, it's surprising that she had never for once visited the stadium ever since she graduated high school.

"It's live here at Sports Direct Arena" The commentary went on by the commentators when Aurora fixates on a lady who's wearing a white T-shirt tagged in latin "Te Amo, Mercelo" meaning in English, "I love you, Mercelo". She looks Asian and for a minute, Aurora feels she's in for competition. "Barely smiles" she moans as she fixates her eyes on Marcelo.
Somehow uncertainly, he appears to be the man in her fantasies and it would give her great pleasure to be the lady who owns him because it's obvious she isn't the only gorgeous beauty after this toxic magician.

Instantly, her will changes. Now she doesn't just want to have him but to keep him as well. Everything feels beautiful about him; she thinks he's toxic because she hates to catch feelings for men yet the thoughts of swaying away her lusts now breeds a seed of affection, something strong and if you ask her, she would say this or whatever it is won't last.

She reminisced those childhood memories when she and her late mom would sit behind the VIP section and laugh at her dad when he shows fury and frustrating gestures whenever his team is loosing but after the death of her mother, things changed including her interests for football. "Come with me" her dad grasps her hand towards the VIP seats where the players for substitution are sitted, including the technical team.

Aurora immediately spots Marcelo on the pitch. His confidence hovers round him like a fog. His alluring gestures of fitness, charming physique and hairdo which he weaved like Alicia Keys. "That's the man we came to watch" her dad whispers, pointing at Marcelo. "With him on the pitch, I'm.." he was going to say 'Am certain to see some goals' when his assistant taps him on the shoulder then points at some scribbled formation with red and black ink on a board which looks like a note book.

The match proved perseverance and professionalism from the both sides but at exactly seventeen minutes into the game, Marcelo curved a through pass to his teammate wearing number eleven on his shirt. The number eleven then took a volley which landed on the woodwork although the ball rolled to their opponent's defender who quickly kicked the ball outside their penalty box but was headed by a midfielder towards Marcelo who displayed some skills from the midfield. Marcelo passes the ball to his teammate then runs ahead while his teammate made a through pass making the entire spectators scream in awe and just as her dad had mentioned, Marcelo places the ball in the right corner of the goal post and there, it's a goal.

Aurora didn't know when she joined the crowd to sing Mercelo's name with the harping of the harper's harp. The moment was becoming her favorite of all times and she loved the fact that he tilted his face to her then made some gestures with his fingers after his second goal during the second half.
The match ended with three goals to nothing, her dad is super happy and anyone can tell from the way he hugs and kisses his boys after the final whistle. Aurora didn't mind that she spent almost an hour waiting for him who was having a meeting with his boys in the dressing room.

She felt heavy on her right leg when her dad walked out of the locker room with Marcelo towards her direction. Aurora stylishly brushes her hair with both hands when her dad brags "I told you he's magic" he taps Mercelo on his back then continues, "He'll drive you home because am going back to the office".

Aurora acts like she isn't cool with the idea and opts to wait for her dad to finish whatever he would be doing when he announced he wouldn't be returning home and might be gone for a week. "It's huge" he grins as he hugs his daughter then turns to Marcelo blabbing, "My Boy, take care of my goddess".

Paul stayed back while Aurora hopped into Marcello's yellow convertible. "You play smart though without a smile" Marcelo giggles yet his eyes are fixed on his tablet. "Everyone thinks am restrained yet I wear the best smile" Aurora faces him with both knees then smirks, "My dad really likes you" she pause to scrutinize his reaction then continues, "You must be special to him".

Marcelo can see it in her eyes. Lust, loneliness and a little spark of pride for safety. He can see how much she places more to value over her worth and it attracts him that she's a blonde. "We're all special to him including you" Aurora brushes her hair with both hands then squeaks, "No I mean.." she hasn't finished her sentence when Marcelo suddenly pulled over by a grocery store. "I'll be right back" he assures then plods inside the store with both hands tucked inside his pocket.

He bought some Junk, soft drinks and fruits which they ate at home. "I think I'll have to leave" Marcelo whines as he struggles to wear his jacket. Aurora didn't find it hard to make the first move so she sluggishly strolls towards him, "Thanks for being a gentleman".

She unzipped his trousers then stylishly knelt before him. Marcelo can feel his penis kicking under his trousers and didn't know when he moaned, "Am sorry, Coach". Aurora giggles seductively like a damsel under the spell of aphrodisiac. "Don't worry about my dad" she advise as she plunges his penis into her mouth.

She didn't bother to take off her clothes while Marcelo tries to move but feels like he's being held by an invincible hand. He can feel himself growing big and hard inside her mouth and believe me, though he felt wrong about having his coach's daughter at the old man's house yet couldn't ask her to stop because for some reasons, he knew he had thought about fucking her since the first day they met here.

He stands above her watching her eat his penis while he caresses her blonde hair with a grip. Her fake eyeslashes flip flaps to enhance her bone straight hair. For now, the only sound in the room is her slurping and silver bracelet dangling against each other. "Oh God!" Marcelo moans, "This one's for the goals you scored" Aurora stutters with his penis on her throat.

He slurps her clitoris so passionately letting her moan aloud then sucks his middle and index finger into her warm and tight pussy while she caresses her breasts trying to suck her nipple. "Please come inside me" she moans, "Fuck me, Mars" she begs giving him a pet name already.

She couldn't sleep that night because the whole incident had baffled her although she still feels his touch all over her body while at Marcello's apartment, he too can't find some sleep as he stayed awake at his bar consuming black bullets while reminiscing all that had happened including his goals during the match.

His penis barely slept making him regret why he hadn't obliged to fuck her mercilessly yet he knew what he had done, he wanted her to crave over him so giving her all of him wasn't the best option. He knew Aurora would spend the entire night brooding over him, his touch and it sweetened him as he gabs, "Welcome to my world, Aurora" knowing there'll be a next time and when that time comes, he's definitely going to place her in an airplane mode.